In these modern times where the “perfect” recording is easier and cheaper than ever, there are still those bands who choose to take things in the Lo-Fi direction. Loom are such a band. Their debut album, S/T (releasing 19th May), is gritty, dirty and oh so lovable. Having recorded two cassettes prior which gained the […] 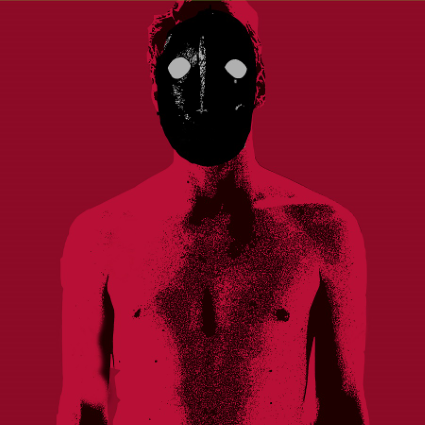 In these modern times where the “perfect” recording is easier and cheaper than ever, there are still those bands who choose to take things in the Lo-Fi direction. Loom are such a band. Their debut album, S/T (releasing 19th May), is gritty, dirty and oh so lovable. Having recorded two cassettes prior which gained the band plenty of hype, Loom backed off from it all and recorded the album they wanted to record instead of being destined to the fate of a revival band. Loom are hard to put a finger on in the best of ways. Mixing snarling guitars with verbed out parts, the band is a real melting pot of sound.

The album opens with Lice. Eerie guitar trills on your right, solid punk drumming in the back with bass in the middle and vocals in the front that just fit the song so well. The chorus kicks in with a snarl and a growl like a dog with a purpose. The calmed down bridge section provides a nice change of texture before we get another round of that rowdy chorus. That’s how you open a record folks! Next comes Hate. Cascading guitars and a catchy lick to the side open up the track in a pretty epic way, a feeling that’s hard to capture on a decidedly stripped back record. The chorus is seething with, well, hate! The song is what it says on the tin with added extras. What’s not to love about this song? A later track, Seasick, shows the band at their most eclectic. Switching between raucous and weird in the best of ways. Pounding vocals and rhythms carry the track while atmosphere comes from joyfully strange guitar parts.

The following track is Bleed On Me. It’s stomping chorus is sure to get into your head, your legs and even you as a person. The production across the song is a highlight with strange guitar and vocal parts popping all over the place, breathing yet more life into the track. The bridge/ noise section is a particular highlight with noise, feedback and mayhem cutting out into a relatively quiet section before exploding into more chorus. The final track is Slowly Freezing Heart. A song which almost exemplifies the weirdness of the band. Effected vocals with vast ambience from the guitar parts, all framed by punk power playing on the guitars. Yelled vocals bring the song a real edge in the chorus, making it a multi faced beast of a song. This track shows you they aren’t a contrived revival band. They’re a modern band making the music they want and drawing on the artists they like. It’s a real highlight of the record. A solid couple of minutes of sonic madness brings us to the end of the track and the end of the release.

The record is over, I’m sad, you’re sad but don’t worry! This album holds up to repeated listens extremely well with the choruses only becoming more memorable and the instrumentation only sounding rawer. It’s a record that leaves you wanting more and more I certainly hope there will be. This record is a fantastic debut from a band that has definitely won me over. If you’re into the gritty side of more old school punk or you still miss the days of grunge, give this a listen. It’ll take you back while reminding you that actually, modern bands are pretty damn awesome. S/T comes out on the 19th of May and will last you for a very long time!