Australian pop-rockers The Faim are back with second album Talk Talk which will be released on July 8 through BMG. The record completely embodies what the band is all about and is quite frankly, brilliant. 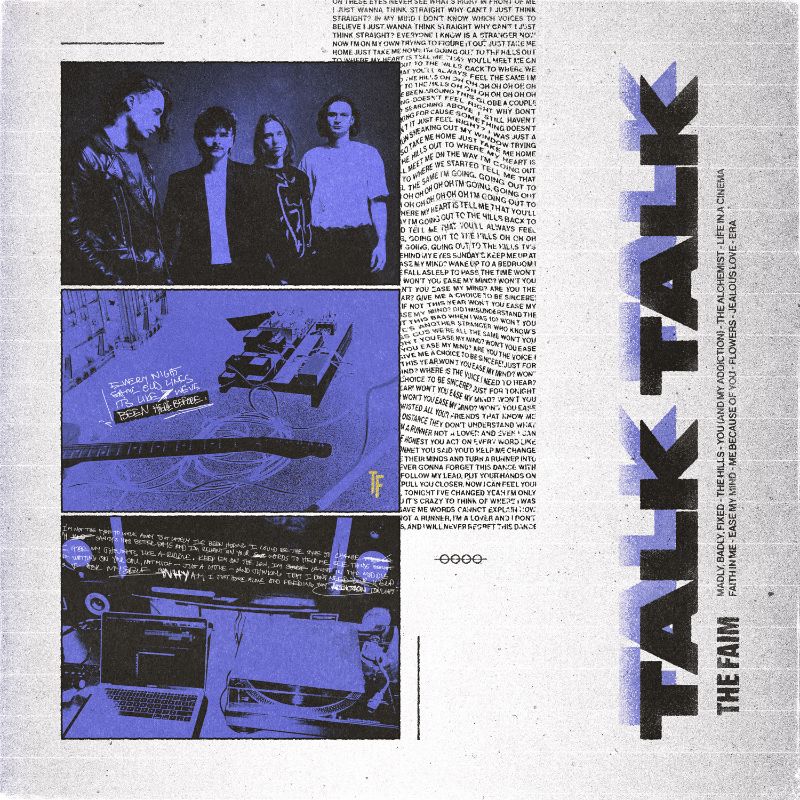 Opening with madly, badly, fixed, The Faim’s second album Talk Talk is given a mellow opening with frontman Josh Raven’s calming vocals.
The instrumentation is understated for the first verse to allow the lyrics to shine through before it kicks in to a more upbeat sound.
Next up is The Hills, one of the lead singles. It’s very standard of what you expect from The Faim, upbeat, catchy chorus and just an all-around three and a half minutes of fun. Be warned if you for some reason are yet to hear this track. You will be singing the chorus for days. It’s a real ear worm, but not one you’d get annoyed with.
The track itself is one of Josh’s favourites and you can tell the passion he has for the song through his performance.
You (and my Addiction) shows off Josh’s vocal range with the high notes in the chorus. It’s another one with some more basic instrumentation but it works well for the style and the chorus shows off the band’s talents.
The Alchemist slows things down and Josh’s vocals turn sultry. There is a heavy rhyming pattern going on in the vocals and lots of “ooohs” throughout. It’s a song I really love but do wish it was a bit longer as when you’re fully enjoying it, it ends.
Me Because Of You jumps in with an electro vibe reminiscent of When It Comes from the Summer Is A Curse EP.
Flowers is one that fans who have seen The Faim on tour or at festivals across Europe this summer will have heard live. It’s a currently unreleased track and kicks off a rockier vibe than the previous tracks on the record.
The record closes with ERA, another of the released singles and it’s a good way to end the record.
There isn’t even a remotely weak track on Talk Talk which is not a surprise. The ones I didn’t cover – Life in a Cinema, Faith in Me and Jealous Love are all incredible tracks but the review would go on forever if I went into all of them.
The record is full of poppy hooks, soaring vocals and intricate songwriting and musicianship. The songs are all lyrically relatable in their own ways. It’s no surprise how The Faim has grown in just a few short years.