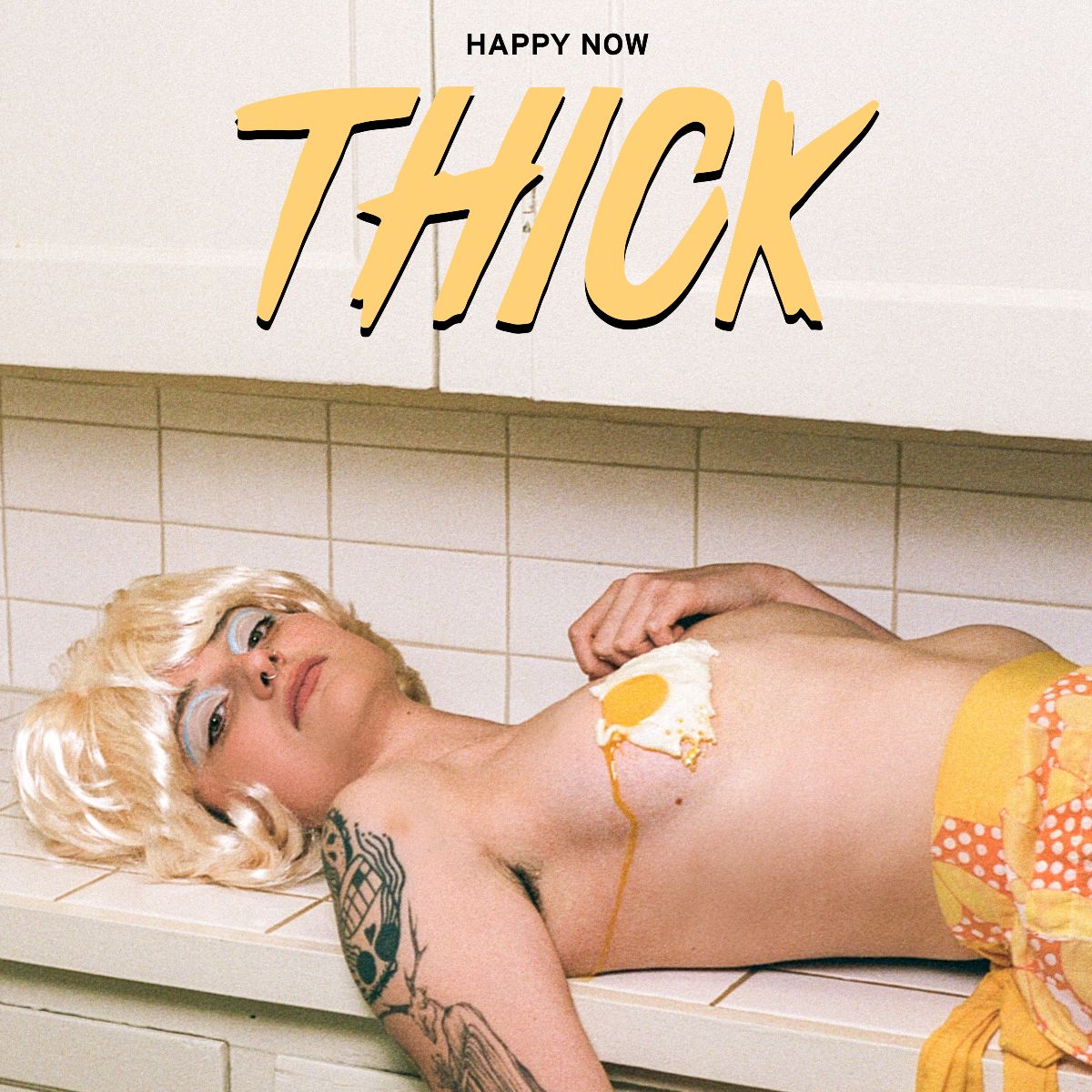 I had never listened to THICK before being given the opportunity to hear this album before its release date, so I wasn’t sure what to expect. My initial reaction to the band’s sound was ‘this is straight out of Scott Pilgrim Vs the World’. Depending how you feel about the music in that movie, that’s probably the most critical thing I have to say about this album.

The music sounds raw, as if they’ve recorded it in their parent’s garage. They are signed to Epitaph Records, so if it was recorded in a studio, they’ve done well to give it the DIY sound, most likely with reverberation and distortion. The melodies within the songs are easy to dance to. I very quickly learnt the lyrics and found myself singing and bobbing my head along with them.

Happy Now is made up of eleven tracks, which follow themes of depression, toxicity within relationships, trying to heal and come to terms that it’s okay to feel different emotions, themes that any generation can relate to.

The band is made up of Nikki Sisti (vocalist/guitarist), Kate Black (vocalist/bassist), and Shari Page (vocalist/drummer). They have stated in interviews and their official website’s bio that their songs are like a ‘living diary’, in which they talk about their own experiences and feelings. All their songs are personal to them – a trait that always makes me like an artist more.

When it comes to the music on the album, a lot of it did sound very similar, which I feel could be where many listeners lose interest. Personally, I have stopped listening to bands when I started to feel that they write the same song repeatedly. Given that they are a punk band, I think this is a good thing. Punk music is made up of a hook and easy and repetitive chord progressions.

A couple of songs that stood out to me were ‘Tell Myself’, for being somehow soft and angry at the same time, and ‘Something Went Wrong’ as the chorus lyrics are sung in a conversational kind of style. ‘Montreal’ is also an incredibly sweet song.

The song that stood out most, however, was ‘Disappear’ due to the change of time signature. Everything about this made the song stand out. The way that the lyrics are almost spoken – everything about it grips your attention. Relatable, powerful. I love it.

After hearing the album, I went to listen to the artist’s other works. The album is true to their sound and has given me vibes of Green Day, Yours Truly, No Doubt, and Butterfly Boucher.

They are also currently preparing to tour the US and Canada along with Skating Polly, if you’re able to pick up tickets! And make sure you pick up ‘Happy Now’ August 19th, 2022.