Manchester trio LIINES have been on the rise and now is their time to shine with their debut record Stop-Start. It encompasses beloved genres such as Post- Punk, New Wave and even blending in Riot Grrrl sensibilities. The first track, Shallow, starts out and immediately conjures up comparisons to bands like Interpol until those vocals […] 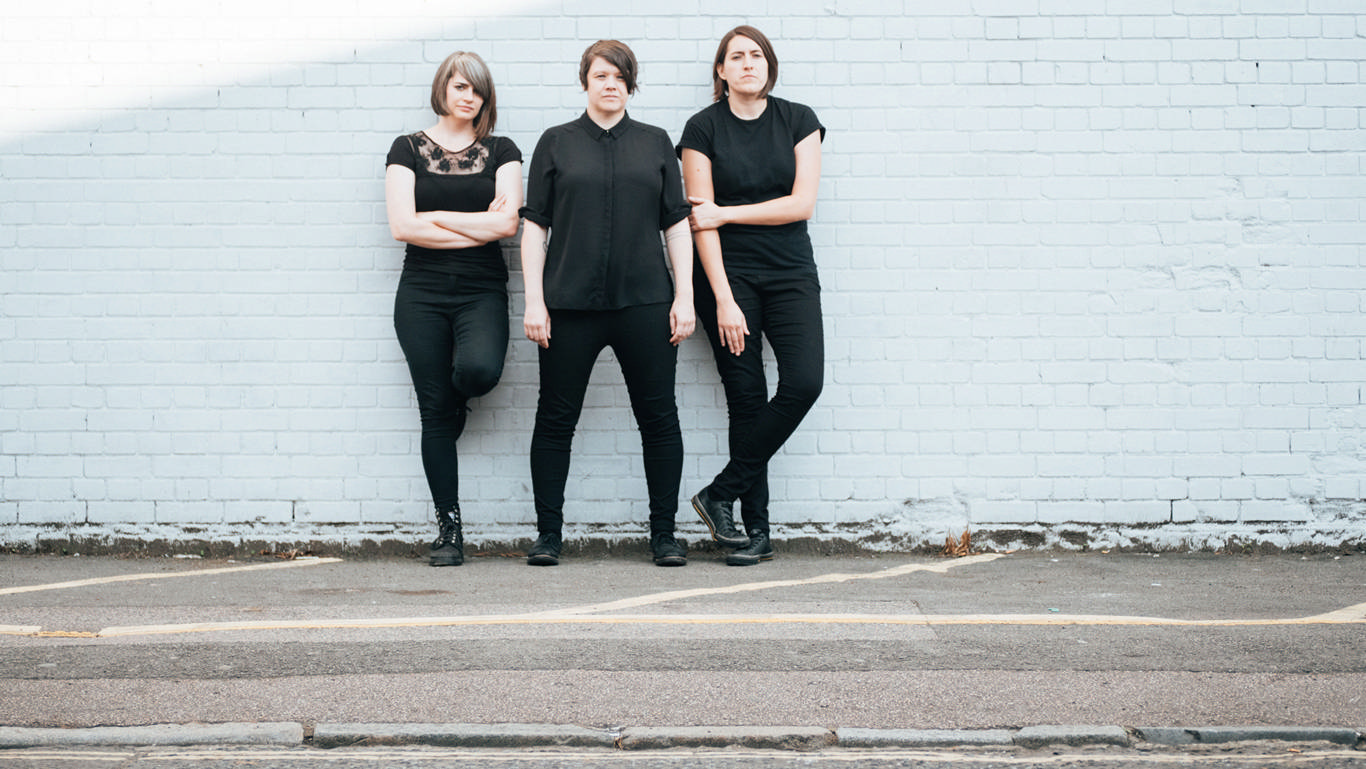 Manchester trio LIINES have been on the rise and now is their time to shine with their debut record Stop-Start. It encompasses beloved genres such as Post- Punk, New Wave and even blending in Riot Grrrl sensibilities.

The first track, Shallow, starts out and immediately conjures up comparisons to bands like Interpol until those vocals kick in. Across the record the vocals carry such a strong character, you know what you’re listening to because they’re there. The instrumentation marches on, flashes of colour appear throughout over top of the raw, throbbing main rhythm. It’s quite the mission statement! Shallow rolls right into Never There, keeping the energy and adding more frantic energy to the fray. It really builds on the albums already strong momentum.

Towards the middle of the album we find the track Find Something. As one of the singles for the record it has a real power, encompassing the bands sound rather neatly. It also features some absolutely to die for guitar tones! It builds between each chorus to deliver that refrain that you’re waiting for.

Cold comes straight after with a real bounce in it’s step. The emotion stays throughout the track as it’s dynamics ebb and flow and it’s guitars circle round the riffs. It builds on itself for a euphoric finish, the kind that drew me to Joy Division in the first place. The simple building of sound and emotional vocals hammering a point home harder with each repetition. A must listen if you’re going to check the album out.

Fast forward to track eight, Hold Your Breath. A steady bass line with the guitar chirping in at the end of the bar until the chorus opens it all up. The vocals aren’t played as close as they are in the verses and instead thrown out towards you. Belted in your face with extreme emotion. The bass tone across the track is again to die for! They’ve really worked for this record as can be heard on the sounds and production across the record.

The album closes with Nothing, the track is called that it’s not literal silence or something. In fact it’s really not silent. Possibly one of the most dynamic tracks with wide panned guitars in the choruses and soaring vocals. It’s a classic track by the band with all their signature touches turned to the max. It pushes the boat even further in the records final minutes, further consolidating my growing love for this band.

If you’ve listened to any amount of Post- Punk and enjoyed it, be it new or old, you should definitely check out this record. It combines classic elements of the genre with a modern flair. It pays homage without treading over the same ground as their predecessors. I cannot recommend this record enough! As someone who was beginning to wonder if I could think of 10 records for the now customary and confusing “Top 10 of the first half of the year” lists this record was a surprise to be sure but a welcome one.