The Prestaliis, a hugely anticipated album from Hundred Suns completed by Cory Brandan (vocalist of Norma Jean), Chris Lemasters (ex-guitarist of Dead And Divine) and Ryan Leger (ex-drummer of Every Time I Die) which is set to drop 11th August via New Damage Records. Boasting some of the biggest names in post-hardcore / metalcore as […] 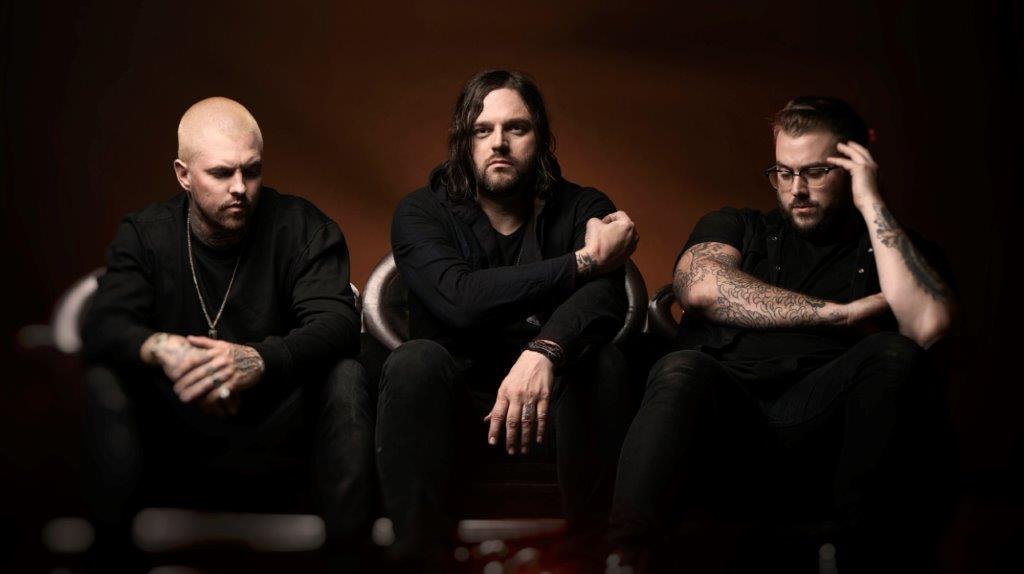 The Prestaliis, a hugely anticipated album from Hundred Suns completed by Cory Brandan (vocalist of Norma Jean), Chris Lemasters (ex-guitarist of Dead And Divine) and Ryan Leger (ex-drummer of Every Time I Die) which is set to drop 11th August via New Damage Records. Boasting some of the biggest names in post-hardcore / metalcore as previous experience, you may feel the sense of knowing what to expect. Well prepare to be wowed as they push limits of experimenting with more progressive rock based sounds.

A minute of eerie interlude like introduction brings the presence of a stage entrance where fans await each members appearance as they take position before headbanging through the fist raising opener dubbed as the title track of the album The Prestaliis, imagining everyone screaming back the words “Burn us, burn us” along with vocalist Cory. Predator brings more of a gloomy and dark hard rock approach in a 3 / 4 rhythm acting on the accent of each first beat, still full of energy with powerful rustic vocals and solid rhythmic instrumentals. Hundred Suns have a way with words and fire as Bedburner harbours more lyrics involving setting things on fire, all jokes aside the intensity and brute force behind the track mixed with beautifully sung clean vocals during the chorus makes hairs stand along your arms.

Opening with a ‘question/answer’ riff, Last Apology goes hard with really melodic verses and catchy chorus which is my personal favourite for this (so far) killer debut. December brings the tempo down but still providing the epic sounding grooves that have been so consistent throughout the first half of this stellar debut. As the last minute of the previous tracks eases out in softness, Fractional drops you back into the reality of what Hundred Suns possess, and that is pure bass like grooves and anthem sounding vocals for the hardcore / progressive rock genre. Reversal stops at nothing to keep the flow of the album leading in heavy riffage and captivating drumming patterns from the sticksman Ryan along with Cory’s rustic yet clean vocals which could give Oli Sykes a run for his money if they dare to take to skies with such ambience in each song.

Hellelujah again makes for loud guitars and ground breaking riffs, truly a statement of reviving and rejuvenating the genre and reinventing it by finding all elements of any sub genre that is relevant. Another ballad so to speak, as the powerful bass led track Infinite Winter spirals into all kinds of imagery, like seeing the calm before the storm followed by the undoubted aftermath of each intense chorus that strikes. Amaranthine begins quite similar with a calming sound, until being met with an awakening tech-metal riff you’d expect from The Architects, choruses mix the range of clean vocals while following with the ridged screams bringing the variety of abilities into this one track. Finishing on a similar way they introduced the album, with the eeriness as they sound more solid in The Prestaliis II, a page taken from Bury Your Dead (Who opened an album with House Of Straw, completed with House Of Brick which was essentially the same track).

This album as a whole has been solid and enticing, keeping me interested throughout as this flawless debut shows the evolution they have made as musicians while creating a masterpiece. Three talented guys spending three hard working years finally bring this project off the ground, I am excited to catch them when they visit the UK shores in due time.

Check out Hundred Suns official video for Amaranthine below: