Cane Hill have come out swinging from their debut, and proceed to really create a buzz over the audience. The latest release has hit me by surprise from previous works though. 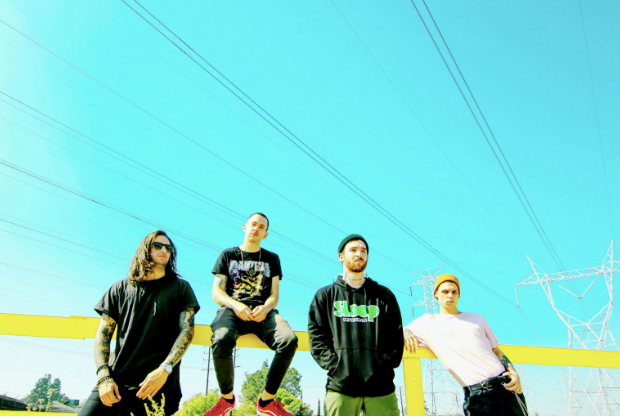 With a trippy guitar riff over an acoustic melody to lead into opening track 86d – No Escort, the 6 track mini album has taken to these lighter touches Cane Hill have to offer excluding any form of their heavy-toned abilities, making this feel much stripped back version of themselves.

A grungy / dark alternative vocals attached to the mixture mysterious instrumentals creates for a unique combination that can also be seen as a strange mix, making them hard to judge. Sure, I can write that it is not my cup of tea (so to speak) whereas with their success in making a name for themselves, they are clearly doing something right – They cannot be filled into one category of genre.

In todays music world, if you are aiming to do something that is already done and defined in a genre they helped build, how will you be nothing but another brick in that wall? Cane Hill have created anew from their influences, some really nice melodies within this release, a nice acoustic guitar solo in Empty, a piano driven lead to Save Me and theatric drums, low bass tones and the acoustic guitar riff for the title track Kill The Sun that would make for a great feature song in certain television shows or movies.

Fresh off a recent tour with Bury Tomorrow & 36 Crazyfists in the UK and about to head out on tour with Sevendust & Tremonti in the US, (Not to mention their tracks being used within the titan industry of WWE for PPV promos) they are constructing a wide fanbase from various spectrums of the Metal / Rock community, and like it or not, a new era of musical direction.