Boston Manor- Welcome To The Neighbourhood

Blackpool based Boston Manor have been on my radar for years, hearing them here and there but never quite finding the time to check them out fully. That was until I heard about this record. Welcome to the Neighbourhood is the bands second album, following on from 2016’s Be Nothing. This time round the band […] 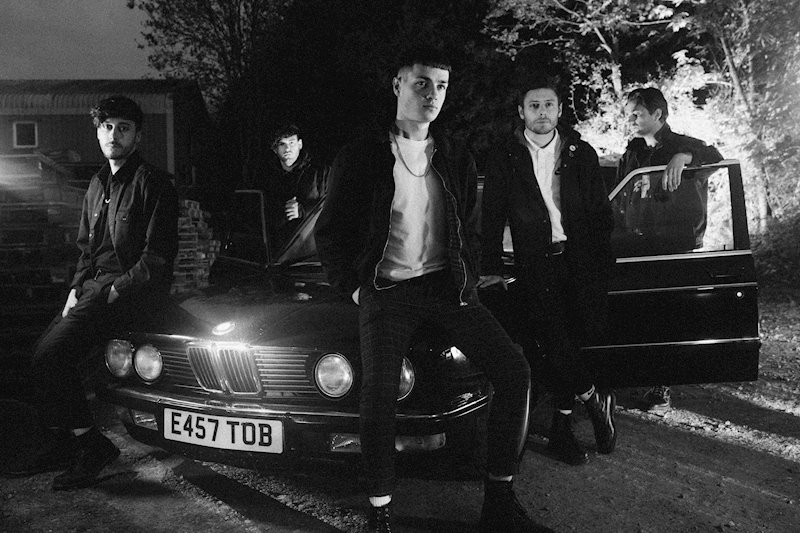 Blackpool based Boston Manor have been on my radar for years, hearing them here and there but never quite finding the time to check them out fully. That was until I heard about this record. Welcome to the Neighbourhood is the bands second album, following on from 2016’s Be Nothing. This time round the band worked with Mike Sapone, a producer whose work with bands such as Taking Back Sunday earned me as a fan some time ago. The band themselves have impressed me when I’ve heard them, but this was my first real experience with their music and what an experience it promises to be. Described by the band as a soundtrack to a more fictionalised version of their hometown, this album certainly has ambitions.

The record starts with the title track. Moody, atmospheric and foreboding in style but with a sharp melody and drive throughout. The percussion across the track ebbs and flows, dropping away at times and building in the most satisfying way. Eventually the tracks becomes noisier and more frantic. Straight away on this opening track I’m reminded of many of my favourite Sapone albums but also enamoured with the way Boston Manor sound underneath that.

Flowers In Your Dustbin follows with a title that took me by surprise but it has some strength to it. An eerie guitar riff is the tracks motif and killer hooks are also on offer through each chorus. It’s a great way to carry the album forwards from it’s more ambient start and really show the songwriting on offer from this band.  Halo, the albums lead single, follows on from the track at a mellower pace. A gloomier instrumentation plays off strong vocals to help further form the fantasy in which this album is set. England’s Dreaming carries on the impressive opening run on this record with snappy lyrics and killer choruses all surrounded by guitar work that perfectly captures what the track needs.

Approaching the midpoint of the album we get Digital Ghost, one of my absolute favourites on the album. Emotional performances and the gradual build of the track itself help it really sell the lyrics with powerful instrumentation only assisting in driving home that message. The bridge section towards the end really pushes that emotion to eleven, bringing me back each time. It has a nice contrast with Tunnel Vision, the track that follows it. Tunnel Vision is one of the brighter tracks on the record, but it doesn’t break the records feeling or theme. Darker lyrics tell a story that the songs vibe might not necessarily elude to, creating an interesting dynamic.

Further towards the end of the record we get If I Can’t Have It No One Can. From the start it takes a sarcastic tone that reminds me of Nine Inch Nails’ Big Man With a Gun. The lyrics appear to be a uniquely British take on masochism and the ultimate futility of it. Smart lyric choices and a killer chorus propel the track further up my rankings for the album. Lines like “Don’t fuck with a man as big as me” have a charisma that draws me in to the track, draws me back to it and perfectly accents what the song is talking about. I Hate You follows and is one of the standout tracks to my mind. A sense of finality accompanies it and it’s place towards the end of the record. Energetic choruses and ear catching guitar lines carry it forwards. The bridge again is incredible. A bridge is often the hardest part to write in a song, having to compliment the rest of the track while simultaneously turning things on their head. The choice of effects on the vocals in the bridge on this track are just perfect and I can’t just describe it, that’d spoil things.

The album ends with The Day I Ruined Your Life, more of a ballad style song that brings things to a perfect end. A build from acoustic to rich and textured compliments the feeling of the song with all kinds of weird and wonderful instrumentation blooming around you. This possibly takes the top spot on the album for me as the track just has this ability to keep on ascending towards its ultimate end. If the band was able to make a 20-minute version of the song I would still love all 20 minutes of it it’s just that great!

So Boston Manor won me over. From their unique personality in both instrumentation and lyricisms, to the sheer power they can put behind a good chorus. This album shows a band absolutely nailing the potentially difficult second album. It’s a solid album to build further from and I can only see it and the band doing well from here on out. The instruments are so well performed and thought out that you can tell the band put time into this, getting every part perfect and exploring what works best for each section. All of this is wrapped up and packaged by the capable hands of Mike Sapone who can still do no wrong for me. The album balances straightforward and more experimental elements so perfectly.

WELCOME TO THE NEIGHBOURHOOD’ UK TOUR