All Them Witches- Sleeping Through The War

For those who haven’t heard All Them Witches before I’ll try to describe them in one word. Magical. They’re magical, enchanting even, and quite unlike many bands out there. 2012’s Our Mother Electricity and 2014’s Lightning At The Door will give you a better idea of the bands sound than writing ever could. The band […] 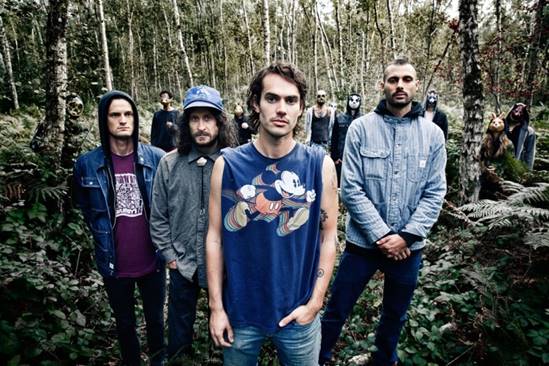 For those who haven’t heard All Them Witches before I’ll try to describe them in one word. Magical. They’re magical, enchanting even, and quite unlike many bands out there. 2012’s Our Mother Electricity and 2014’s Lightning At The Door will give you a better idea of the bands sound than writing ever could. The band make a lush, bluesy strain of psychedelic rock that covers all the ground you’d want it to and even some you didn’t know you wanted it to. The band is truly eclectic in their style as shown by their upcoming release, Sleeping Through The War. The record comes out on the 24th of February and consists of 8 mammoth tracks so length is not an issue with many songs stretching far beyond the 5 minute mark.

The album starts out with Bulls. At first the name may seem strange. Why name such a peaceful track after an animal notorious for being angry. Then the fuzz kicks in and all becomes clear. The track flows up into monster riffs, held back by a melodic chorus, before settling back down again. An impressive show of the dynamics that this band continues to make good use of throughout the record, on tracks such as Don’t Bring Me Coffee which starts out quiet before exploding into a bombastic flurry of guitars and cymbals. The track is a traditional rocker, complete with solo, which has been given the All Them Witches treatment. If you need one song to convince you to give the full release a go I’d make it this. The wailing guitars in the verses are a particular favourite touch of mine. The perfectly named Bruce Lee continues the good work while introducing wailing vocals across the track making it an entrancing listen. After this we find the somewhat brooding 3-5-7 which features the band transitioning from a lush layer of fuzz to a sparse unit of clean guitars, bass and a snappy drum kit for it’s later parts. One of the more glorious tracks of the record. Am I Going Up follows and manages to continue the brooding feel of it’s predecessor. It has it’s uplifting moments however, making it well suited for it’s place in the record.

The 7 minute assault of Alabaster takes over after this. It’s a gradual assault, building up before unloading its fuzzed out riffs. Stomping drums support before the track drops back to a more quiet form but still crouched and ready to strike again. Strike again it does. Past the halfway mark things start to get pleasantly weird. Hand drums, ethereal guitars and more contribute to the fray before the fuzz comes back in again for one last round. Throughout the review I’ve talked about “The Fuzz” and I’ve phrased it this way because it’s hard to describe the guitar sound on this record. It doesn’t sound like a guitar sound at points, it sounds like something going horribly wrong in the best of ways. Its the sound every bedroom guitarist with a fuzz pedal wants but can’t have because those they live with treasure their hearing. Once the final fuzz of Alabaster dies down we get Cowboy Kirk, a builder of a track. It flows up stream before reaching the top, finding a great riff and then plateauing as the vocals come in to steady the instruments. It perfectly shows the feeling you can get from some of these tracks and that is that many of the songs sound like almost like jams in the best of ways. There’s structure but it’s one that is hard to recognise and certainly isn’t your standard verse/chorus/verse affair. The vocals still have their place amongst it all, particularly on this track. Cowboy Kirk rides triumphantly over the hill to make way for the next track, Internet. Hanging guitars and spoken words open the track, a track which lasts 10 minutes and serves as the last hurrah for a great album. It features great choruses, great instrumental sections and a harmonica so it gets my vote. It brings about a fitting end to the record.

Across the entire record the instrumentals are amazing. Parts are well written and always serve a purpose, whether they’re structural and an important part of the song or an added extra on top to help bring the track to life. Even the guitar solos are only present when needed and never outstay their welcome. The vocals are well performed with lyrics and phrasing that suits the feeling the instruments have already given each track. The production that captures all of this is also impressive. To balance so much fuzz about on each track is an impressive task. There’s a real wall of sound at times that definitely pleases the Smashing Pumpkins fan in me. Extra parts are tucked in places that are still within reach, allowing them to be present. The production seems to have been done without fear of experimentation which is perfect for this band. The vocal sound is messed with across the record to great success. The lead vocals are also supported at times by female vocals, carrying the lead on a melodic bed, something that could only have been pulled off through a combination of great performance and great production. All in all the record is absolutely great listen. It has highs, lows and everything in between. If you want a record to really sink your teeth into and be absorbed by then pick this up when it releases on the 24th of February, I guarantee you will not be disappointed.