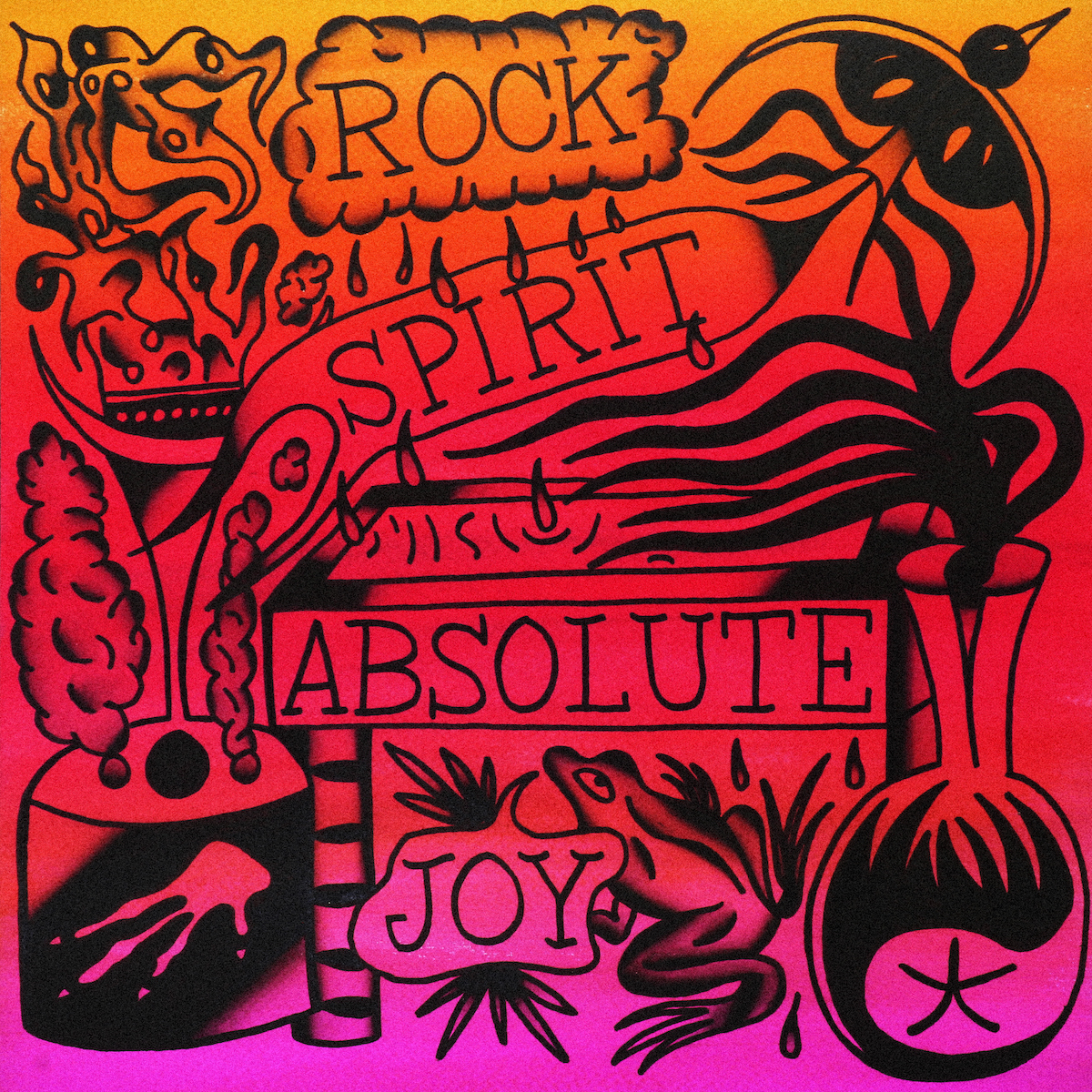 A band that’s new to me, but not the music scene – I wish I’d have found them earlier!

Reading about these before listening, I managed to fill myself with dread thinking that they were going to just be loud, angry, all over the place. I was wrong. They’re well-constructed. They’re optimistic, hopeful, loving and lovable. The band has clearly faced hardships, from their studio flooding after they’d finished recording this album to losing their bassist, Chris Cowley, before the release of their last album. Despite this, they keep their positive outlook on life. Something to be proud of – which I’m sure Chris would be.

As a ‘cosmic punk’ band their sound fuses a range of genres, successfully done within this album. I found some that were classic punk rock such as ‘Flip Forever’ and ‘A New Wave of British Denim’. Some of the songs were pop punk, psychedelic, ‘80s classic rock and in some I could hear a hint of blues. That’s just scratching the surface.

The album even gets its name from a comment a fan left on the band’s YouTube which struck them!

‘Rock Spirit Absolute Joy’ is an easy listen. The songs aren’t very long, there’s little effects, so the lyrics are easy to understand. They’re well produced and it’s obvious that a lot of time and effort has gone into perfecting them. Their frontman, Jak Hutchcraft, has a voice that quickly goes from strained snarling to soft singing or even speaking. The spoken word within the songs is a good touch. The songs are all mixtures of sounds. It’s interesting to listen to. I can see myself listening to this album a lot.

The themes the album follows are that of healing, love, acceptance and loss. Jak stating before that the band is a massive advocate for mindfulness, which is clear within the album.

Something striking in some of the songs is the storytelling. Some of the stories are general, such as in ‘Millionaire’. A relatable song, a story everyone can tell. Lyrics hitting such as ‘Midlife crisis, call it what you will, this place is making me ill’ and ‘sometimes I feel down and that’s okay ‘cause it better to be honest with my emotions than to ignore them’.

On the note of lyrics, a lot of them did stand out.

‘Elevation’ has lyrics such as ‘every day I’m learning and baby that’s okay’ and ‘trying to be the best version of myself’. Positive affirmations that someone who’s struggling needs to remember. Even addressing the media and saying, ‘it’s bad for my mental health’.

‘Seventeen’ is an extremely comforting song. I can’t quite put my finger on why – but my guess is the relatability. It’s a true rock/power ballad, reminded me of a slowed-down David Bowie song. What hit me was the line – ‘I just want to feel alive’.

‘Better Place’ is one of my favourites for the hopeful riffs and the line ‘I want to live in a world where no one suffers’.

The story that I’m referring to is the one from ‘Barry Gibb Was My Landlord’. It isn’t a long story, but a fun one – and true! I like this one because it’s grateful, both for the service Barry Gibb did for small musicians and for putting seemingly wild dreams of moving away into perspective. The song is full of play-on lyrics from BeeGees songs. It’s a fun song, with a unique way of telling the story. It’s nostalgic as well as somewhat comical.

‘The New Wave of British Denim’ is one of my favourites. It’s factual, making an interesting point about the environmental effects that making jeans have. The song is concise, being less than a minute and a half long and fits the criteria as a great example of punk music. My only criticism is at the end where it says, ‘if you follow the manufacturer’s instructions, they can last a lifetime’. Although for most this may be true, it’s not the case when you’ve got chunky thighs like me!

I should finish this by saying rest in peace to Chris Cowley.

I should also reiterate that the remaining members should be proud of themselves. They’ve continued to create with an outlook and resilience that people should learn from.

If you haven’t heard WACO, I highly recommend you check them out and have a listen to ‘Rock Spirit Absolute Joy.’