Primeval sees Venom Prison revisiting their first two EPS Defy the Tyrant and The Primal Chaos, giving the songs a chance to shine the way they wanted it to in the first place. The tracks from each are packaged with two brand new songs, a hint at where the band is set to go next which we’ll get to later. 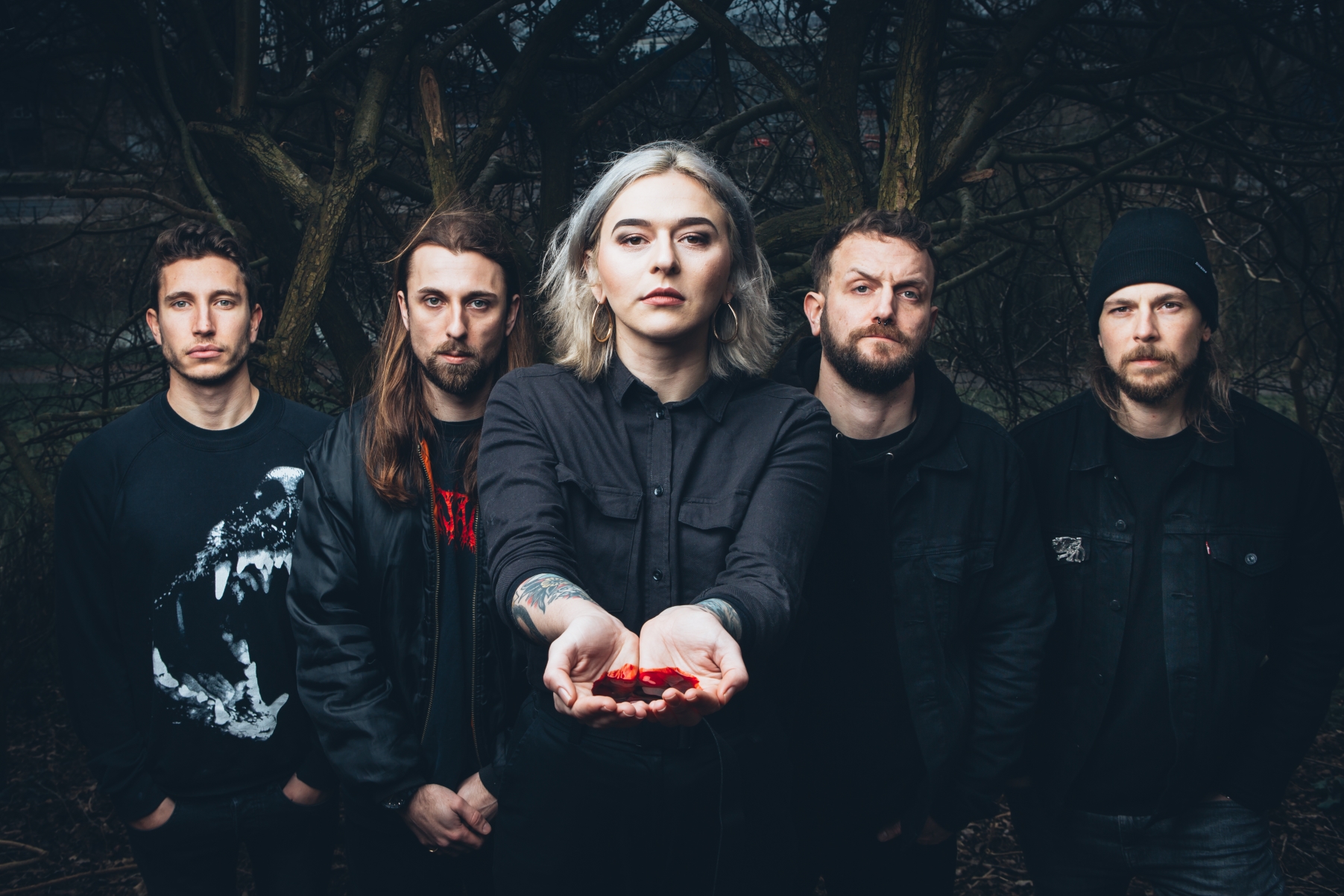 The first half of the album covers the bands first EP, Defy the Tyrant. Listening back to the original version it’s still an impressive recording. The tracks themselves are still superb while the production, while more than serviceable, has room for improvement. Switch over to the Primeval versions and suddenly the picture becomes clearer. Right away on the opening track Usurper of the Throne the guitars sound far more full and forceful, as does the bass, the drums are packed with power and the vocals ring through clearer and gnarlier than before. As a production nut I love projects like this, to see a band get a second chance to capture their songs as they had fully envisioned. Moments like the atmospheric start of Mortal Abomination get to exhibit their full potential.

The original recordings of The Primal Chaos show improvement upon the production of the bands first EP. They also show the raw potential of these tracks, opener Babylon the Whore hits like a fully loaded freight train. It’s the vocals that I find benefit most from the re-recordings of this EP. The original vocals are raw, battling for space in the mix. On the new version the vocals are in your face, multi tracked, backed and sounding like a horde of demons. Daemon Vulgaris is a prime example of the improved vocal production. Narcotic is another great example and one of the songs I feel improved the most, it’s chaos feeling more organised with the layers and production work.

Finally the album ends with a peek into what the band might sound like going forward. Defiant to the Will of God is the penultimate track and it’s truly uncompromising. Blistering guitars, massive vocals. Alternate sections rise to shine through briefly before plunging you back into dense death metal madness. Slayer of Holofernes has a real sense of bounding to it’s riffage. It too plays with layered vocals for a nice bit of ear candy. If these tracks are the direction the band are heading in them I’m already looking forward to what comes next.