Let’s not beat about the bush here, The St Pierre Snake Invasion have one of those band names you just don’t take seriously, like Chunk! No, Captain Chunk!. The fact is, Chunk and most other bands who have made it anywhere despite having a ridiculous name can back themselves up with good music. With the new record from The St Pierre Snake Invasion, however, the question lies not in the name, but in the music. 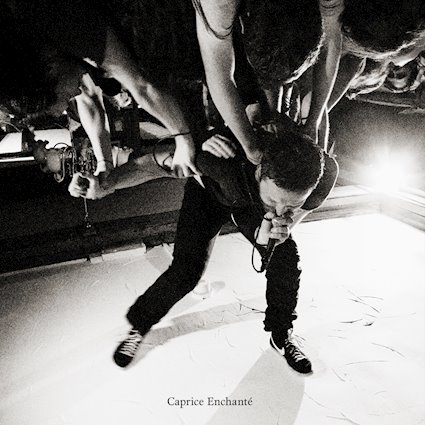 Writing a record about ego, identity, defeatism et al is a hard task in itself, I’ll admit, but lyrically they take it on well. ‘Remystery‘ has perhaps the best lyrics of the record, and also killer bass. Certainly a highlight for me, the track has some deeper, less hoarse vocals and atypical sounding guitar work, almost as if they’d been searching for the best way to make guitars sound not like guitars.

The opener ‘The Safety Word Is Oklahoma‘ is let down by the vocals, screechy and hoarse. This is a recurring theme throughout the record and drags down otherwise well written, well executed tracks such as ‘Carroll a.Deering‘ (a track that could’ve been an awesome punked-up emotional release) and late, almost melodious ‘Omens‘.

However, cleaner vocals are present in a lot of the songs. Hoarse vocals are usually in the driver’s seat but sometimes we get some more sing along tracks, such as ‘Braindead‘, and single ‘Casanovocaine‘ is almost catchy with its very Mark Hoppus-sounding cleans (the similarities are alarming). ‘The Idiot’s Guide To Music‘ is also mostly dominated by clean vocals, but the track itself just isn’t quite as good as the others in the instrumental department.

Overall, if you’re already a fan of the band I’m sure you won’t be disappointed, but if you’re looking for some new, hardcore leaning tunes this probably isn’t the place to start, but could well be a place to get to on your journey.