The Rocket Dolls are a big, brave, Brighton based rock trio that are releasing their latest album, DeaDHead this week. Having played alongside bands such as Dorje, Black Peaks and Toska you can already assume it’ll be worth a listen. If you still aren’t convinced let me tell you a little more about it. The […] 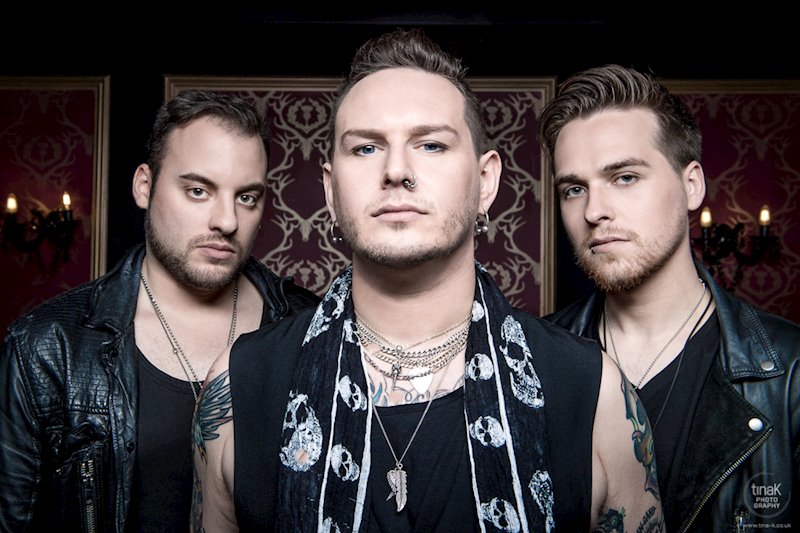 The Rocket Dolls are a big, brave, Brighton based rock trio that are releasing their latest album, DeaDHead this week. Having played alongside bands such as Dorje, Black Peaks and Toska you can already assume it’ll be worth a listen. If you still aren’t convinced let me tell you a little more about it.

The record opens up with None of This is Right. Straight away we get big arena rock vibes from huge choruses to Bon Jovi like talkbox guitars. It’s a strong opener that shows why this band’s live shows are so popular. They draw you in, they get you going and they let loose. It puts you in their stylistic deep end head first in the best possible way. It’s such a strong opener and I can’t imagine them starting off this record any other way.

Deeper into this release we get The Last Thing on my Mind. It’s a glorious track with orchestras and twanging clean guitars. It’s one of my favourite tracks on the record, showing a side to the band that you might not have assumed is there. It’s something not all of their contemporaries could do. It later explodes with distorted guitars mirroring the same gliding melodies. The harmony of orchestra and rock guitar reminds me almost of Biffy Clyro but that’s not to say it sounds derivative of their sound. It is certainly unique to this band.

The track directly after this, Drowning, has a similarly lush arrangement. This time the band allows the dynamics to ebb and flow in that loud/quiet way we all associate with early 90s grunge but this time there’s string parts accompanying crunching guitars. It throws to track further and gives it an epic quality that really helps it stand out. It’s still a heavy track even with it’s arrangement. Just listen to it to really get what’s going on here.

Trigger comes in at the end to round off the album. A grinding riff that is simply monstrous starts us off. Before long we find our way on a chorus that just buzzes with a caged energy with the songs slower pace. It’s the band throwing another twist your way as they say goodbye. The production on this track also helps showcase the subtle things it’s done throughout the album to help the songs really move you, especially the vocal treatment.

DeaDHead comes to you on April 6th, it’s definitely one to check out if you like your rock heavy! The band is also touring throughout April and all the way through to June so go catch them live if you enjoy the record!