Aussie quintet The Brave are on form with their second full-length release Aura, like pick’n’mix you are anticipating what the next song is going to offer. 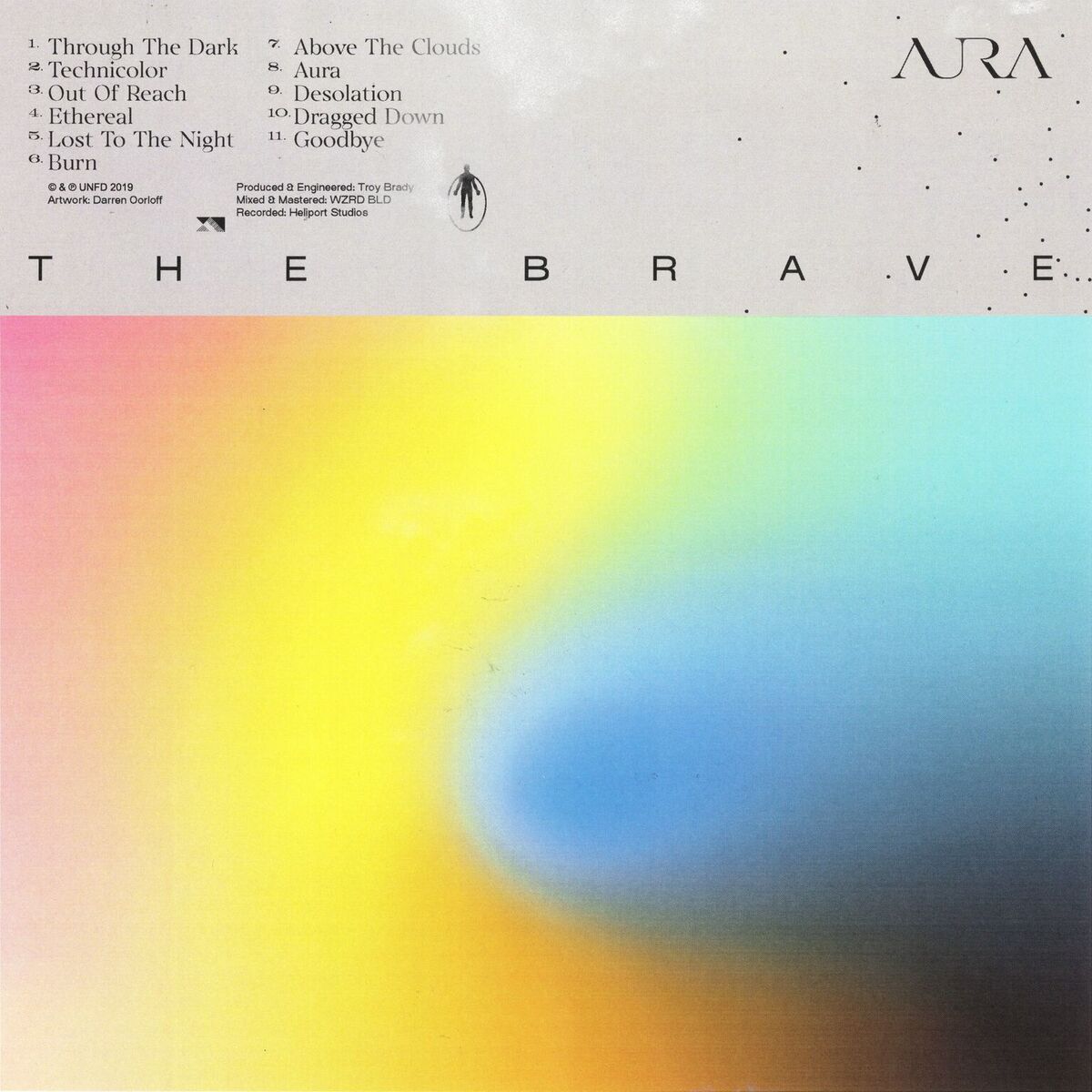 A fade into a ballsy opening track Through The Dark has already got my attention with clean guitar melodies and spacey sounds lingering in the background, and a varied vocal range in some resemblance to Sam Carter [Architects] especially in the more strained and unclean vocals in parts of the chorus. Technicolor follows with a nu-metal style bringing all kinds of different abilities in both vocal style change up and instrumentally, and a very heavy bridge before closing on the final chorus. As Out Of Reach starts with a more defunct vocal melody, it soon grasps a ton of influences from a melodic hardcore point of view with raw power and emotion bundled into a song. Speaking of emotional, their track Burn with the lyrics “I know that a fire burns inside of you, and I would jump into the flames just to burn with you” which was a pretty incredible change of tune from the album so far. Turning things up (literally) with Above The Clouds feels like an all out powerhouse of a track for the record, and is more then certain to start some chaos in a live show. The title track Aura subtly makes itself known with an even more bizarre twist of emotional rollercoaster in a piano RnB style track with the lyrics “without you I’m the bullet without the gun”… Deep. Following up with a couple of crushing tracks in Desolated and Dragged Down that have complimented the album as much as the last track, a closing song titled Goodbye gives the nice send off for the record mixing all the features heard so far in slow form and more aggression forged by emotions.

The Brave have truly blessed the Metalcore world with a remarkable release, one that should not go unnoticed by any fan of the genre. If you have no expectations, then be prepared to be blown away.

Check out The Brave‘s official video for Burn below: