TALONS- We All Know

Post Rock is a genre that seems ever present. Always in the background, constantly making it’s advances. Talons are a British band who fall firmly within this genre, forming in Hereford in 2008. In the ten years since their formation they’ve released 2010’s Hollow Realm and 2014’s New Topographic along with a slew of other […] 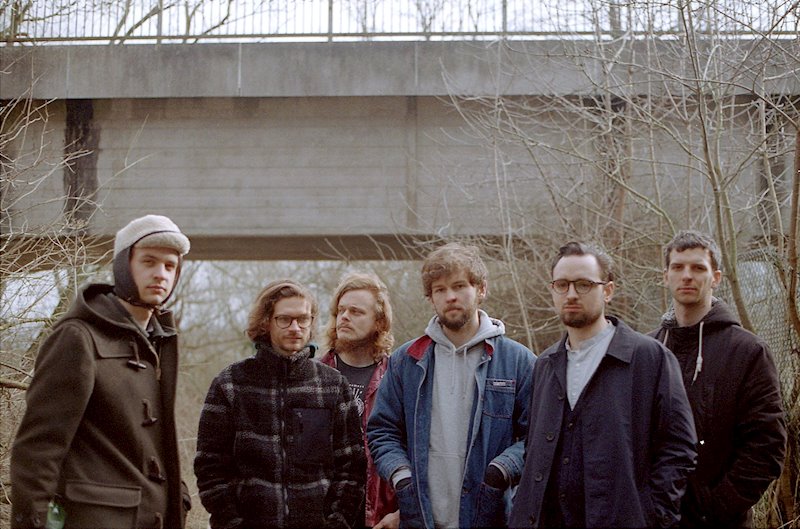 Post Rock is a genre that seems ever present. Always in the background, constantly making it’s advances. Talons are a British band who fall firmly within this genre, forming in Hereford in 2008. In the ten years since their formation they’ve released 2010’s Hollow Realm and 2014’s New Topographic along with a slew of other singles. For a band on the go for a decade who are now onto their third record you can guess they take their time on their music. We All Know, their new offering, is no exception with work starting in 2015 and recording beginning in 2017. The time they spent more than paid off however.

The album kicks off with The Drowning. An ambient build, awash with colour and texture. An opening that almost conjures up images of Teenage Daydream era Sonic Youth brings us in but the track soon deviates into a darker, tenser and tighter direction. The bands formation is worth mentioning at this point. The band takes the traditional Drums, Bass and double guitar foundation and builds on it with two violins. Adding an extra layer to their wall of sound which merges seamless with the guitars at times as well as standing out and forward when it needs to. Across this track, violins loop and loop until the tension explodes into fury. The track is a cathartic, hypnotic opener that neatly starts things off.

On Levels comes in next with a slightly shorter runtime. After it’s atmospheric opening it descends into doom metal/ stoner rock -esque riffing. The track ebbs and flows between being huge and all encompassing and being small and isolated, all adding to it’s foreboding nature. The second half descends towards furious noisiness. It’s in some ways akin to classical music with it’s various melodies at once making it so captivating.

Skipping forward to Movements on seven we’re given plenty to listen to. Violin stabs, tight drum grooves and an echoing guitar all combine together and rise up together towards crescendo. It goes out and comes back in, swirling around. It’s another example of the incredible arrangements this album has to offer. It’s not the loudest or the noisiest track on the record but it has a special quality that makes it worth extra mention for me. It’s also followed by the sombre Long Reading Room, a 180 in tone from the previous track but another display of the range that this band can cover.

Not far from the records end we get Over and Again. It comes in as one of the heavier tracks on the record. Drums pound and guitars form sonic castle walls that loom and forebode. It also manages to move between sections gracefully and deliver the dynamics that keep things interesting. The song softens up momentarily while the violins sing over top of quietened drums, a guitar starts building again in the distance. The instrumentation on this record paints pictures with nothing other than sound with it’s vast open scapes and jagged outcrops.

The record is rounded out by the title track and the song Quiet. The title track comes in wistfully with a jangly guitar and violins aplenty. It builds up, retaining it’s feeling while keeping layers moving and interesting. Quiet, the records’ seven and a half minute closer opens with noises ringing out over top a punching bassline. Guitars come in over top with a gradual build and it all keeps rolling. Soon enough it bursts into noise for a moment dropping back before doing it again and unleashing a little more ferocity afterwards. The guitar is fuzzier, the drums more demanding. It keeps going, more tense and pent up as it does. Delays ring out across the track, sending things almost into a wash if the drums weren’t there to pin everything down. It’s a track that has all the charm of the rest of the album and an interesting spin on what the band has been doing across the albums previous tracks.

If you like instrumental music that isn’t afraid to push in weird and wild directions then this record is for you. It has it’s own rulebook and plays by it without apology. Each track is arranged on orchestral scale with attention being paid to every note. It’s certainly worth a listen in a dark room for full immersion. The record comes out on Holy Roar Records on the 27th of July. The band are also playing some festival dates across the summer.