Swedish Death Candy- Are You Nervous?

London-based Swedish Death Candy feel like a band I should have discovered some time ago. The band make their own brand of fuzz drenched desert rock that is, on paper, certainly within my wheelhouse. The band released a self titled debut back in 2017 which, by their own admission, was very much a live/ jam based record. For their new album, Are You Nervous?, the band took a different approach. Songs were brought in more fully formed and arrangements focused in on. The effort certainly seems to have paid off. 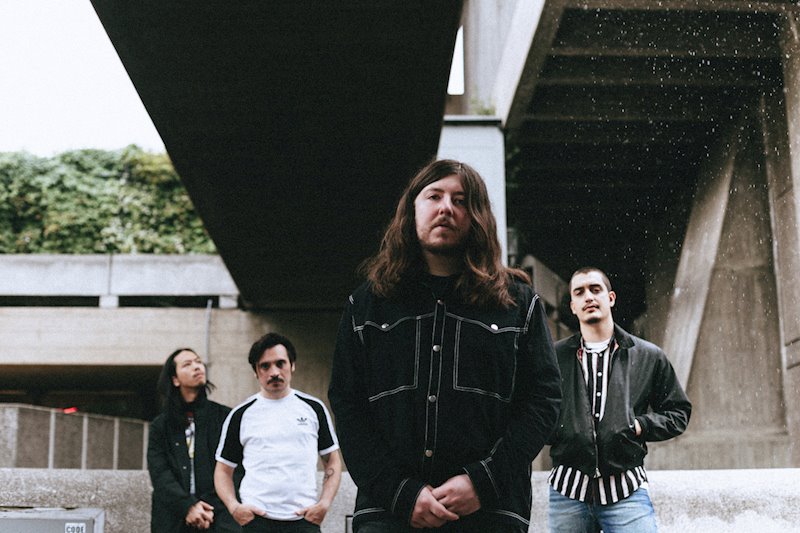 The record opens with Interstellar Love Machines. It feels lazy to call it Smashing Pumpkins meets Queens of the Stone Age but that’s why I love it. It’s pushing onto the acid drenched middle ground where Stoner, Desert and Psychedelic rock all meet and space out. Solos, vocal effects and heaps of overdubs push the song out there. Brief and floaty synth led sections keep it out there. It’s a solid opener, plenty of get up and go but there’s a little more to it.

Skipping forward a little we get A Date With Caligula. Starting with tighter riffs that sound almost hair metal at times, the song soon reaches a killer chorus. A surefire live hit, the track has monstrous guitars across it and an undeniably energy. Again, two of my favourite bands are invoked. The the bounding choruses and lighter trailing leads invoking the aforementioned desert rock legends while wailing, fuzzed out leads get the sound I’ve chased since first hearing Siamese Dream all those years ago. Electronic elements worm their way in too, helping round out the package.

Space Holiday comes in around the halfway point in the tracklist. A simple drum loop carries the song at the start. Watery synths and guitars wash across the track. It verges on MGMT at points before switching up. A dirty humming rises overtop a drum kit before a solo bursts in. The track backs off as the guitar rings out, returning to the familiar loop but adding more noises. The track builds slowly, letting the arrangement develop until eventually the fuzz roars back in for the big finish.

Journey To The 13th Floor brings energy straight away. It’s a song for riff fans. Tight and trebly riffs, loose and lows riffs. They’re all here. A driving tempo and thick production keep it moving towards it’s sludgy bridge. We come through the other side into a cleaner section with dissonant notes creeping in, telling us all is not right.

It’s beautifully sound designed, as are the rises that bring us briefly back up until eventually delivering us back into the sludge. This half of the track moves into almost Sabbath like territory with it’s huge, trembling riffs and verbed out wailing vocals. Just as you start thinking this the track explodes off to the left, speedy guitar work takes the track into totally different places. Then it changes again.

This is a recurring theme with the album, tracks refuse to stay within genres. In the case of Journey To The 13th Floor, this sonic restlessness keeps the nearly eight minute run time. You don’t notice the length (or at least I didn’t on my first few listens) because it keeps itself interesting, it doesn’t give every member of the band a solo or drift off into a monologue. It’s a song written to be long, not dragged out and it’s very refreshing.

The Scream closes out the record. Fluttering, delayed guitars adorn the track with an almost marching band drum pattern. Soon we dive down into an old school psych rocker with winding, twanging riffs underneath vocals that conjure images certain 60s bands. The track soon breaks through with heavier tones, the 60s psychedelia of the first couple of minutes being just another texture played around with by the band. The track fades out into space to end the album.

I hope this brief tour of the album encourages you to listen to it. Are You Nervous? combines sounds that I’ve always loved and suspected would pair well, the result is just far better than I could have expected. There’s plenty of other influences thrown in, it’s a thick soup of influence and everyone will pick out what they know from it.

What’s important is that the band take from these influences and mould it all into their own grand vision. The arrangements on the record are great, helping the tracks stand out with their own identities and exploring the musical ideas they present. The production then ties it all together perfectly. With tracks like these it’s easy to let delays and reverbs swamp everything but the record feels very tight and impactful. It’s an album I’ll on repeat for a while and I’d suggest fans of stoner rock and similar to do the same.