Sons of Texas- Forged by Fortitude

Sons of Texas are a band from Texas (funnily enough) that are kind of hard to describe. The base of the sound is certainly metal but you can hear other notes in there. Grungy, bluesy notes that make them an interesting listen. After forming in 2013 and releasing their first record, Baptized in the Rio […] 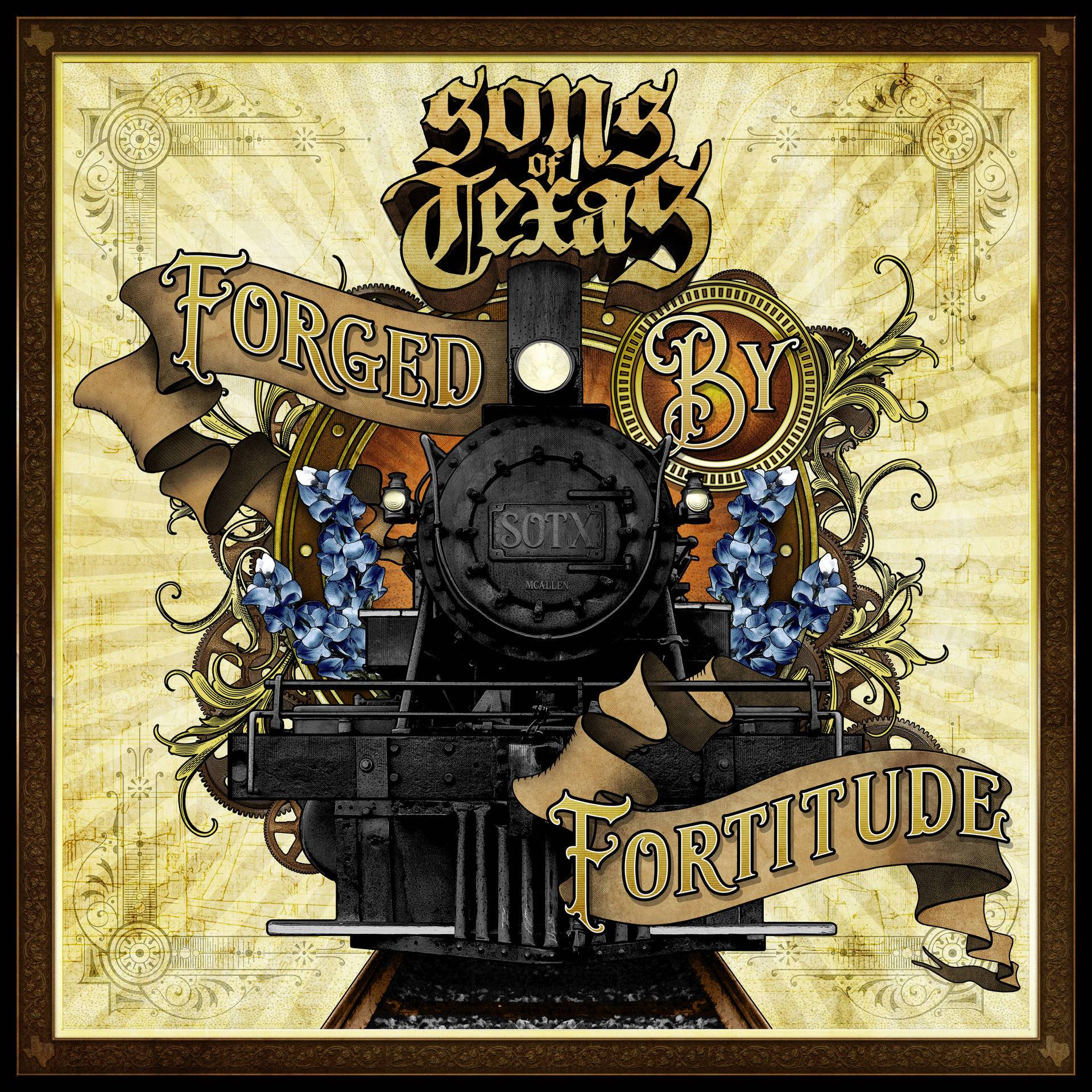 Sons of Texas are a band from Texas (funnily enough) that are kind of hard to describe. The base of the sound is certainly metal but you can hear other notes in there. Grungy, bluesy notes that make them an interesting listen. After forming in 2013 and releasing their first record, Baptized in the Rio Grande, in 2015 the band took to the road to take their music across the world. Their album received plenty of praise and their live shows landed them slots with bands like All That Remains and Buckcherry. January of this year the band got back into the studio with none other than Josh Wilbur, known for working on everything from Lamb Of God and Motionless In White to Tenacious D and even Avril Lavigne. Perfect for a band that covers the different ground that Sons Of Texas do. The resulting album, Forged in Fortitude, is set to release September 22nd and is set to be another big step in the bands career.

The album opens with Buy in to Sell Out. Atmospheric noises give way to a pounding instrumental and harsh vocals come in over top of that. The track has a real drive in it’s verses and a bounce in its chorus that’s sure to make for mosh pit mayhem on the road. The vocals on the track almost hint to those of Corey Taylor on early Slipknot material, capturing the energy of the track perfectly. The drums are unrelenting and really are the core of the song.

The next track, Feed the Need, opens the album up a little more. A bouncing slap bass intro into a brutal intro section certainly catch your attention. The verses display the bands ability to be melodic but still remain heavy. The vocals on this track again bring Corey Taylor to mind but this time they play more on the Stone Sour side of his persona. These vocals are definitely their own thing however, focusing less on the 80s and more on the dirty. The whole track descends into a heavy bridge before the last chorus, showing how dynamic the track really is.

Cast In Stone comes just before the halfway mark of the album and shows the band at its most dynamic. Tranquil guitars and soft vocals open the track before lunging guitars come in and disturb the peace. Then it’s back down to just to the drums, bass and vocals before those guitars come back in to rock the track about a bit. The chorus comes in very strong while still keeping the fragile theme spoken in the lyrics alive. The song Turnin the Page shows the bands range at it’s fullest. It’s a full on metal ballad complete with soaring solo and big choruses.

The final two tracks on the album are the title track Forged by Fortitude, a straight forward rocker, and Slam With the Lights On, a song with fairly obvious themes. This duo are so varied but it closes the album on an appropriate note. Throughout the album the band melds heavy and melodic to great success and these songs are both of these in swathes. This album is a heavy rocking, non stopping roller coaster ride of hard rock. If you’re a fan of bands like Stone Sour and this year hasn’t already given you enough to listen to then this album is definitely one to add to the list!