Silent Descent are a 6 piece from Dartford UK and 12 years strong as they are on the verge of releasing their third full length album titled Turn To Grey which will blow your mind while you try and process all the exciting flavours. Think of this album like a packet of Jellybeans… You have […] 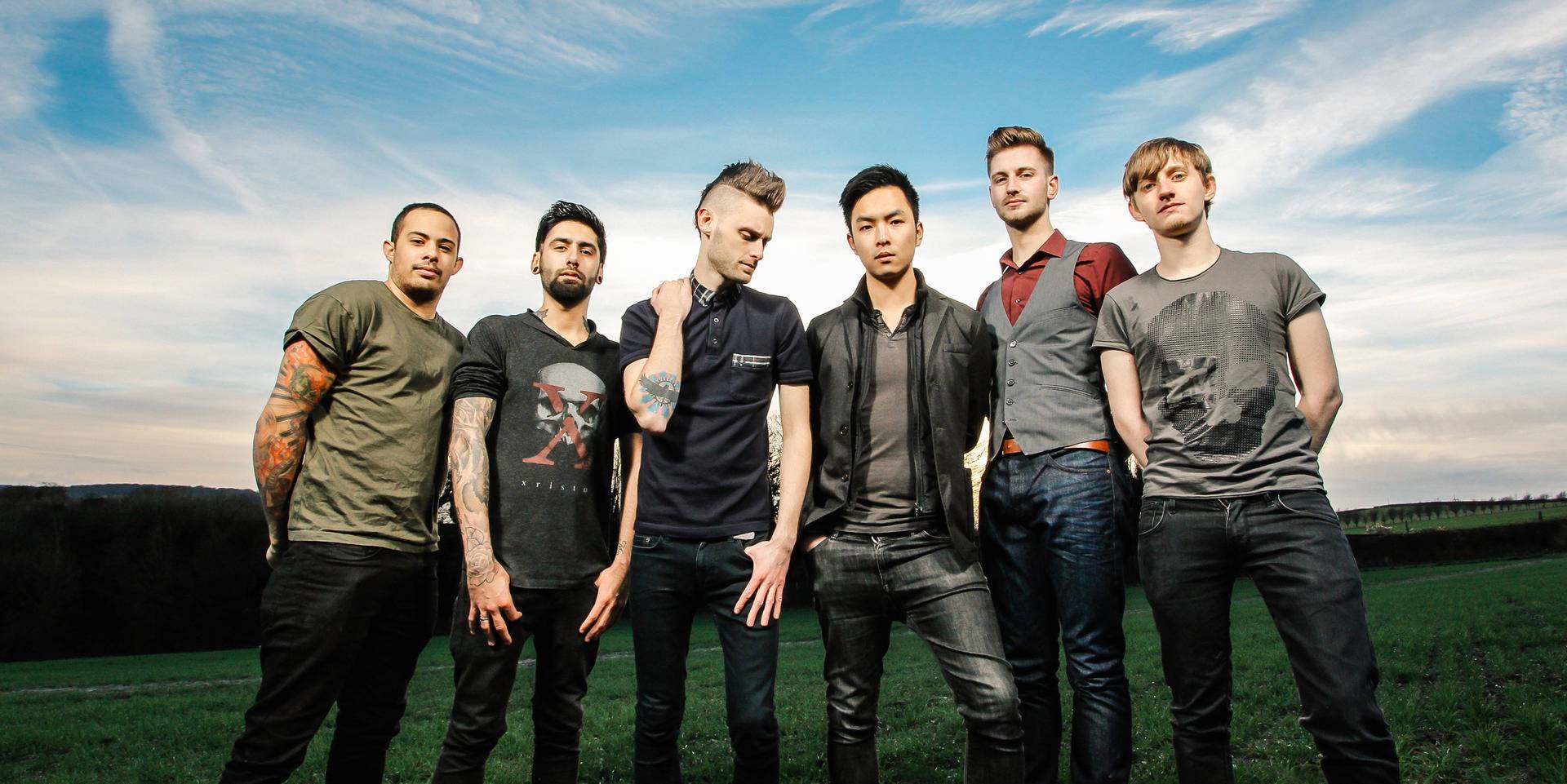 Silent Descent are a 6 piece from Dartford UK and 12 years strong as they are on the verge of releasing their third full length album titled Turn To Grey which will blow your mind while you try and process all the exciting flavours. Think of this album like a packet of Jellybeans… You have no idea what to expect when you place it in your mouth and give it a chew. Well chew on this beastly release.

Starting off with strings and piano, X builds in a scenery of epic proportion as clean vocals briefly appear a minute into the track until the full effect takes place with the engaging electric guitars and heavier drums as the intro track swiftly leads into an electronic mid-toned synth melody as Turn To Grey brings niche clear vocal track during the vocals accompanied by clean guitar and background filling atmospheric keys before bursting into a tough sounding chorus mixing screams with dry vocals lined underneath. The use of synth/keys really fills any voids in tracks as Vortex opens with a lead part of its own giving a more Electronic/Drum&Bass feel with the unique blending of their Metalcore elements over this upbeat club-esque rave with additional guest vocals from Bjorn of Soilwork which has served up a great representation of what this album is selling to the consumer.

As Rob Rodda opens with the most iconic Trance-based effect, you are soon to discover their twist as chord progressions distort overlapping the initial vibe and initiating chaotic live drums with powerful vocals and La La La’s over the Trance melody while changing up for a bridge that works like peanut butter & jelly in such bizarre goodness. A piano opening for Sticky Fingers and low-end fade in bass notes wobble over the initial track as vocals play more the part for this track focusing mainly on the cleaner side that Silent Descent accommodates, making this feel the most stripped-down track of the album.

Voices gradually fades into a clear synth when met with the full force of live instruments, verses see growling vocals and a modulator effect on the synth making it sound like it is stepping through the octaves still creating such a great interest and raising my ears as I listen carefully to all the intricate parts being played. Straight in with the heavy riffs in Gravesend as the least synth-driven track so far only found more dominantly during the bridge, proving to be one of their more ballsy tracks on the release. Under The Eagle has a very glassy sustaining sounding keys playing as the clean vocals begin while building up to the chorus in a clean vocal leads to the scream based chorus, it has definitely shown some differential patterns in the music to keep a fresh sounding track. Solely a clean guitar track plays for Paths Winding as a steady drum beat plays and a soft delicate melody is sung including nice subtle harmonies within the chorus, building for the last minute of the track with some ‘Woah’s delivers the feeling of an interlude.

Hurt Like You’ve Never Been Loved falls right back to full throttle while accompanied by many stringed instruments creating little to no wiggle room for other instruments to take up space. An acoustic guitar on Back To Where I Belong brings out more of the talent in this very versatile record covering many bases ticking off all the boxes for “what more can we incorporate on this album” before realizing a ripping solo was put into the mix, followed by a 2-stepping drum & bass outro… Safe to say they are accomplishing a wide aspect of genre involvements. Closing with Break The Skies feels like a slow exit for this stellar album release, which soon proves me wrong as riffs fly out of nowhere and roaring through the verses to a pacey beat along with the sung choruses developing their branded sound.

The sound produced for this record has been somewhat of a masterpiece, and you’d be surprised how Silent Descent has not got on the radar for being a main support act for the likes of Enter Shikari in their earlier days, or Crossfaith and Dead By April, as they seem right up that department in their own creative way. Album #3 titled Turn To Grey is released 30/11/17 which I highly recommend for anyone looking for a new favourite artist, this record is well worth the time and should not be cast aside by anyone who likes a blend of genres.

Check out the latest video for Vortex below: