Sick Joy are a Grungey three piece rock act that formed in Newcastle in 2016 before heading down to Brighton to continue forging their path into your ears and brains. Amateurs is their debut EP, their first attack. It’s a strong one at that so let’s get into it! Senses starts out with a rattling […] 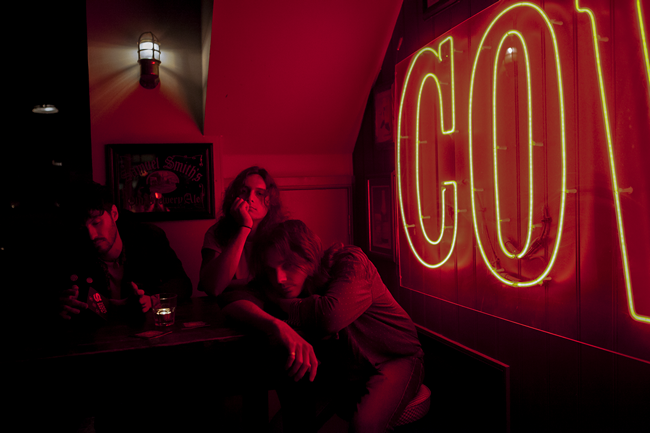 Sick Joy are a Grungey three piece rock act that formed in Newcastle in 2016 before heading down to Brighton to continue forging their path into your ears and brains. Amateurs is their debut EP, their first attack. It’s a strong one at that so let’s get into it!

Senses starts out with a rattling acoustic guitar before exploding into a massive riff, something this band has plenty of. Vocals come over top that can be just as soft as they can be raw. Chiming guitar parts sound out before a great big chorus. It’s one of those tracks you just wanna see live because it’s got so much energy there already. The track spirals upwards towards a satisfying end and now you’re ready for track two.

Smiling Shame is the second track and lead single of this EP. You can tell why easily. It’s a strong driving track that spears it’s way along with driving guitars and stand out vocals. The building pre choruses on this track catches you and draws you into the chorus that follows. The bridge on the later end of this track shows the band at their noisiest and most abrasive while fitting in to the track perfectly.

Karma and Ketamine opens up with another chunk of a guitar part, making you wonder where they’re getting all these riffs from. The verse features many a nice little touch like the feral background vocals layered with the more relaxed lead vocal. Snap to the chorus and we’re given a strong, yearning hook with powerful instrumentation. The next verse comes in even stronger than the first, building the tension for the release of the chorus. It’s a simple song but sometimes simplicity is perfection.

The EP ends with Stumbler, a track that leans towards desert/ stoner rock in some ways. It carries a swagger and a bounce through it’s verses before opening into a final chorus for the record, one that does it’s predecessors proud. The solo on this track carries the track forward with plenty of noise and attitude. The whole track gives me almost Queens of the Stone Age vibes which is certainly a good thing. The perfect closer for a very impressive debut.

Amateurs is out now. If you’re a fan of bands like Fangclub or in fact most bands that aim towards that beloved grunge sound then this EP is definitely one to check out. It’s straight and to the point with plenty of attitude and even more energy.