Sibling- Dream You Away

Every now and then you find a band that can perfectly combine out there atmospherics and rock sensibilities. When you find one of those bands, cherish them! Sibling is one of those bands. Having only formed recently with ex-Hindsights vocalist, Benio Baumgart at the head the band is already releasing an EP. The EP, Dream […] 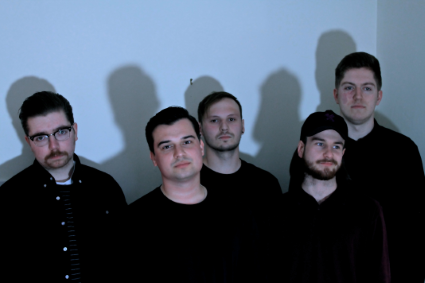 Every now and then you find a band that can perfectly combine out there atmospherics and rock sensibilities. When you find one of those bands, cherish them! Sibling is one of those bands. Having only formed recently with ex-Hindsights vocalist, Benio Baumgart at the head the band is already releasing an EP. The EP, Dream You Away, feels wonderfully progressive. The lyrics, the instrumentation and the production are all carefully crafted to birth a unique sound for the band. Dream You Away comes out on 30th June and here’s why you should check it out.

The release starts with Love/Sick. It opens up with lush reverb and soft guitars. Gradually the track builds until breaking out into a chorus of distorted guitars and pop hooks. Throughout the track the vocals pack plenty of emotional punch, delivering the lines in the most convincing ways. The guitars do a great job of forming atmosphere and go pretty mental in the instrumental section. It’s a great track and definitely one that sums up the band well.

Next up is the title track, Dream You Away. It starts with a combination of drums that seem destined for a stadium and guitars that would feel at home on a shoegaze album. It’s a winning combination! The vocals kick in and echo emotive lyrics across the track in the verses, switching softer at the choruses. The track throws unexpected changes at the listener at times with a break where only drums and guitars continue that keeps the track on edge. It’s such a pretty song with a slight dark tinge that really completes it.

Now we get Tu Me Manques. Now I don’t know what that means but I love the track. Spacey guitars and solid drums propel the song along at a steady pace before building into a big rock chorus. The vocals belt a punk hook over top all the way past the guitar change to the end. It’s one of the simpler tracks on the record but it is certainly effective.

The EP closes with Breathe In. It opens strong before dropping into a moody verse to build up into a huge chorus. It’s the biggest chorus on the album and possible one of the biggest I’ll hear all year. It really shows off the bands uncanny ability to consider both the ambient and straightforward elements of a song. I cannot express how great the breaking of that chorus is every time it happens in the song with the vocals which perfectly display the emotion of the track.

It’s a record that does something I’ve searched endlessly for. It combines post rock, ambient influences with straightforward punk rock. It’s rare to see a band apply such care to their song writing so early on but it’s a welcome surprise. The songs give the sense that they’ve been played around with for long enough that the band now knows that this is how it’s best played. Top the song craft with great instrumentation, vocal work and lyrics and you get a great EP. Big things must be on the cards for this band! Dream You Away is out June 30th, check it out!!