Danish RnB-Core band Siamese have just released their 5th studio album Super Human (3rd as Siamese, previously know as Siamese Fighting Fish) and is possibly the album of 2019. Admittedly, this may come across bias as I have been hooked on them since my first encounter as a support band for Dead By April a couple of years ago… But cast that aside, you need to check out this album! 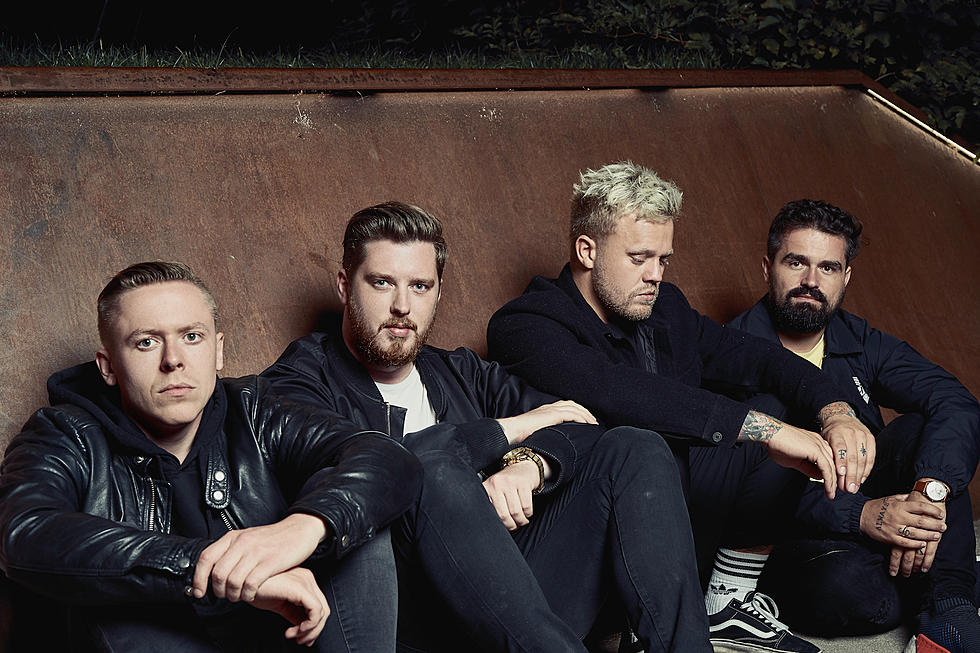 Opening with what sounds like the epic cinema sound before the movie starts shows off what surround sound they use, a solid drum and guitar line intro is soon cut short before vocalist Mirza gives his RnB touch on the album rapping in a clear soulful way, bringing the amazing concept together on B.A.N.A.N.A.S while finishing the chorus with the iconic phrase from Gwen Stefani‘s Hollaback Girl that is a huge hook of the track.

Violinist takes the lead in opening Ocean Bed, but not to be fooled by the calming introduction for the track, as the chorus goes hard, but again with the catchy lyrical talents of awe inspiring vocals and for the first time I can recall (even if just for a single word) a scream thrown in the bridge of the track.

Title track of the album Super Human really pushes the boundaries of the RnB style, starting out sounding more Post Malone that soon finds the familiar key of stacked drumming and riffs that keep you reeled in feeling the mixes full potential.

The next track titled Animals was actually released back in late 2018 as part of their EP, but it is a banger of a track that deserves every right to be part of the full length album. Starting with an airy organ/synth vibe and peaking vocals before a crushing chorus of chugging riffs hitting on all the kick drum beats.

You’re Not Alone begins like a broken record of piano notes being replayed and sliced to sound repeated, as it starts with vibes of recent Bring Me The Horizon style (But with more impressive vocal abilities with great ranges), it has a catchy chanting section towards the end to pull in crowd interaction, and the synth underlaying the track brings out a nice taste to the track.

A jungle beat or some drum mapping you’d create on Garageband on Give Me Up through the intro and verses are dance worthy and the chorus should be screamed back to them as it is a great hook for interacting in the call and response idea during “but now I’m singing, don’t you give me up”… I can imagine it now.

Okay, so as eerie as the opening to The Weeknd – Party Monster is, Siamese match this and raised it to 11 with the epic cover of the track, and fully made it their own. I originally didn’t recognise the track, but it can be pulled off as one of their own easily! The choppy guitar and drum segments, the RnB vocal style a second verse filled with nice violin strings, they have pulled this off so well.

Unified has made me do a full circle to my statement of the heaviness they can possess, it is full bodied and opens up like a cracker… With a bang! (My only Dad joke for the review I swear!) But in seriousness, that is the best way to explain this as the blistering track opens up with some huge pinch harmonics and low-end core breakdowns. Of course, the choruses still proceed to entice you with the clean vocals and straight up chord feels.

Closing this perfect release with Not Coming Home is a bouncing track which should have you ending this album bopping up and down, if you have one last chance to do it, then they made sure that is the case on the very last track of their new release. A heavy bridge with screams (Again, really bringing the heavy influences into this one) and pinch harmonies before closing the curtains on what is my most anticipated album of 2019.

Well what can I say, I have waited (patiently) for this release since first discovering them and I am more than satisfied with this collection of songs and more than ready to scream the words back to them on their upcoming tour in July!

In the meantime, go check out Siamese‘s opening track B.A.N.A.N.A.S below: