Senses Fail – Hell Is In Your Head

On new album Hell Is In Your Head, Senses Fail tackle themes of mortality and fatherhood on the backdrop of two iconic pieces of literature, T.S. Eliot’s The Waste Land (which influences the first 6 tracks) and Walt Whitman’s ‘To Think Of Time’ (the final 5). 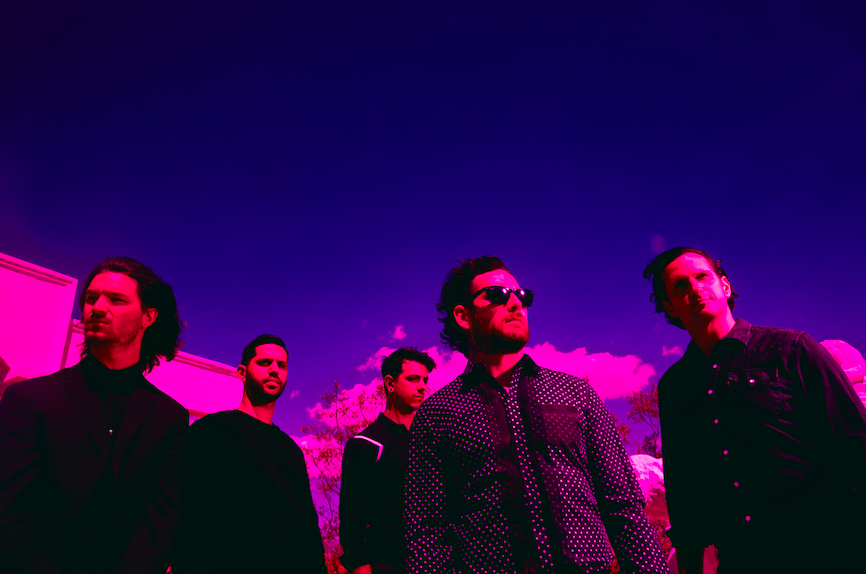 Opener ‘The Burial Of The Dead’ is brooding and chugging, pained through the refrain “we only have so much time left”. The record launches with second track and highlight ‘End Of The World/A Game Of Chess’, a gruesome but infectious emo banger.

The theme continues in ‘The Fire Sermon’, exploring the loss of a child before birth (which features also in the Eliot poem: “it’s them pills I took, to bring it off”). A painful song, though oddly catchy. ‘I Am Error’ (the only titled not lifted from the Eliot poem) explores the fight against generational trauma frontman Buddy Nielsen experiences with his own daughter. The track itself seems to lose its way a little, though the lyrics keep the listener focused.

Single ‘Death By Water’, with its crunchy riff, puts the record back on track. This is the track that will appeal most to diehard fans of the band, I’d expect. It’s ‘What The Thunder Said’, however, that offers up something new and tasty. With some of the band’s best lyrics, haunting echoes in the siren-like guitars and a climax to die for, this is one of the band’s top songs.

Though my interest wanes now (I love Eliot, not so much Whitman) the record keeps me intrigued as ‘Miles To Go’ is a cracking tune. This is an apocalyptic love song if I ever heard one: “we’re running out of time, I just want to fall in love more”. The title track is the polar opposite – catchy, yes, but in an almost Bowling For Soup way, with mental health and mortality colouring it in. In between, Nielsen debates the coming of death for a man who caused hate and pain on ‘Lush Rimbaugh’.

In the record’s penultimate slot, ‘I’m Sorry I’m Leaving’ sees Buddy wondering if anyone will still be listening to Senses Fail tomorrow while grappling with his job forcing him to leave his child for extended periods. Again, classic fans will dig this tune. It wouldn’t be out of place on Still Searching.

The album is good. If the lyrical content wasn’t so visceral, though, I can’t guarantee that it’d hold up as well. Closer ‘Grow Away From Me’ doesn’t stand up next to ‘If There Is Light, It Will Find You’ (the song) in anything but the heartbreaking fears of a man wanting to be a good father. But the words, the passion, the power, make Hell Is In Your Head. And that’s okay.