Scream Serenity – Eye of the Storm

With Christmas season officially starting in just a couple of days, Scream Serenity will be kicking it off with their new album, Eye of the Storm. The first track of the album is the The Best of the Worst. Starting off slow, but quickly jumping into the heavy guitar riffs and slamming drum beats, this […] 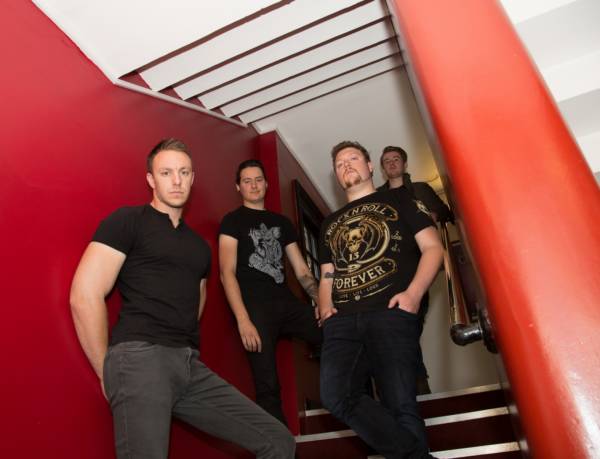 With Christmas season officially starting in just a couple of days, Scream Serenity will be kicking it off with their new album, Eye of the Storm.

The first track of the album is the The Best of the Worst. Starting off slow, but quickly jumping into the heavy guitar riffs and slamming drum beats, this track wastes no time to show the listener what it’s all about. The track’s instrumental introduction is rather long, as the vocalist doesn’t make an appearance until nearly two minutes into the track. But as mentioned above, it takes the time to show the listener what’s in store, and it makes for a good build up for the vocalist and the main parts of the song.

Good Business begins with a much shorter introduction, and gets right into it. The lyrics in this one particularly are pretty awesome, with words about being in “the fight” and not letting them “see you’re scared”. Metaphorically, the “fight” could refer to hard times we all face in life from time to time, and putting on a brave face to hide how we actually feel. Unless, of course, there is actually a fight going on. Regardless, it’s a rather energetic track, good for the need for motivation.

Run Away takes a rather different approach than before, as has a fairly slower pace than those before it and has a hint of country rock added to the mix. There are plenty of country rock songs out there that talk about relationship problems like this one does, except the big difference here is that the instrumentals are heavier than they would be in a regular country rock song, so it still sticks with its hard rock roots. So perhaps if country or country rock is a guilty pleasure of yours, you won’t feel the same listening to this. Plus, you’ve got to take a break from headbanging and hair-swinging at some point.

Eye of the Storm is a typical loud and angry track on everything around us going wrong, but facing the storm and “finding our place”. Also, I love the use of quirky sound effects halfway through when the track slows down, before a magnificent guitar solo.

Better Off has more of an emotional feel to it than the other tracks. Unlike the more heavier-sounding tracks, this one has more softer lines during the verses, only really kicking off when it gets to the chorus and then back down when the next verse starts up. In comparison to Run Away, the theme of relationship issues are similar, except whereas Run Away talks about them in a more angry/bitter way, this one is more on the heartbreak side of it. A pretty good break up song, overall.

Overall, Eye of the Storm was a good listen with a fair bit of variety, good use of different styles and emotion and excellent use of lyrics.