After twenty years you’d expect the fusion of pop punk and post-hardcore that is Silverstein’s trademark to have grown tired. That’s not the case, though. In fact, it’s quite the opposite. 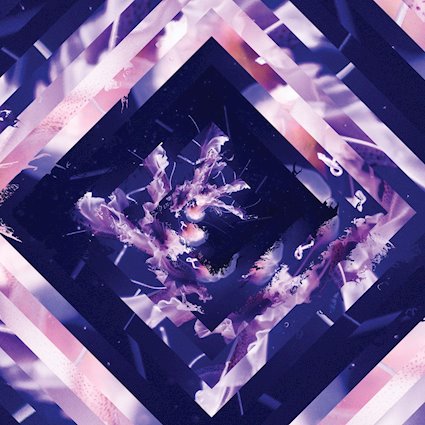 Since the release of their 2017 outing (and career highlight) Dead Reflection, Silverstein have spoiled their fanbase. An album of re-recorded classics came in 2019, along with their UNFD debut single ‘Burn It Down‘ later. The 15th anniversary tour of their debut record When Broken Is Easily Fixed culminated in a live album, and then 2020 dawned and new album A Beautiful Place To Drown was announced. Now here we are.

The four singles presented us with a Silverstein that still had the same charm, but were trying things a little differently. ‘Burn It Down‘ is a straight up rocker with a hook to die for, and Caleb Shomo (Beartooth) delivers a stellar guest performance. Similarly, Aaron Gillespie (Underoath) adds an extra charm to ‘Infinite‘, a track that grows on you (all the best ones do, right?). Next, ‘Bad Habits‘, the album opener, dropped, and instantly took its place as the best of the bunch. A guitar solo from Intervals adds a classic rock vibe to the straight up, balls out rocker. Told is on vocal and lyrical form, showing us right at the start that the band have a lot left to offer. ‘Madness‘ landed last, a few days before release, with a guess appearance from Princess Nokia. This was the one making me the most nervous. I’ve never been a massive fan of guest appearances, and the five guests on this album was a put off. ‘Madness‘ begins as the heaviest on the album, and Nokia’s genre-bending appearance doesn’t take anything away. It doesn’t add anything, either, but Told’s screamy breakdown afterwards does. So all is well.

‘Where Are You‘ and ‘Shape Shift‘ are the first non-singles we come to, and both deliver. Both could be from previous outing Dead Reflection, for sure – they’re haunting and melodic and packed with killer guitars. ‘All On Me‘ sounds like the mid-life regrets of a rockstar. It’s a mid-tempo, heart-wrenching, cinematic masterpiece like nothing before in the band’s discography. ‘Say Yes!‘, ‘Stop‘ and ‘Coming Down‘ are three good songs, not bringing anything groundbreaking to the table, but sitting as comfortable deep cuts that are a pleasure to hear. ‘September 14th‘ has some killer screams, which are few and far between on this record (a factor that is my biggest criticism).

Closer ‘Take What You Give‘, which also contains the fifth and final feature in the form of Simple Plan’s Pierre Bouvier, seems a little too soft to be Silverstein. That being said, it’s still a killer track, and Bouvier’s voice brings feelings of nostalgia to the surface. Despite being good, the final track embodies this record’s flaws. It’s a little too polished, and thus cannot hold its own against previous outing Dead Reflection, though is a worthwhile addition to the band’s discography. It’s still an album made up of 12 good songs well worth a listen for fans old and new. It might not be the most beautiful place to drown, but it’ll do nicely.