Admittedly, I don’t hear much about Manchester’s metal scene. You’d assume it’s as good as any UK city’s scene but it does have one thing that no other city in the UK has. Prognosis.  Prognosis are a quartet from the aforementioned city of Manchester with one hell of a debut record on  the way. Definition […] 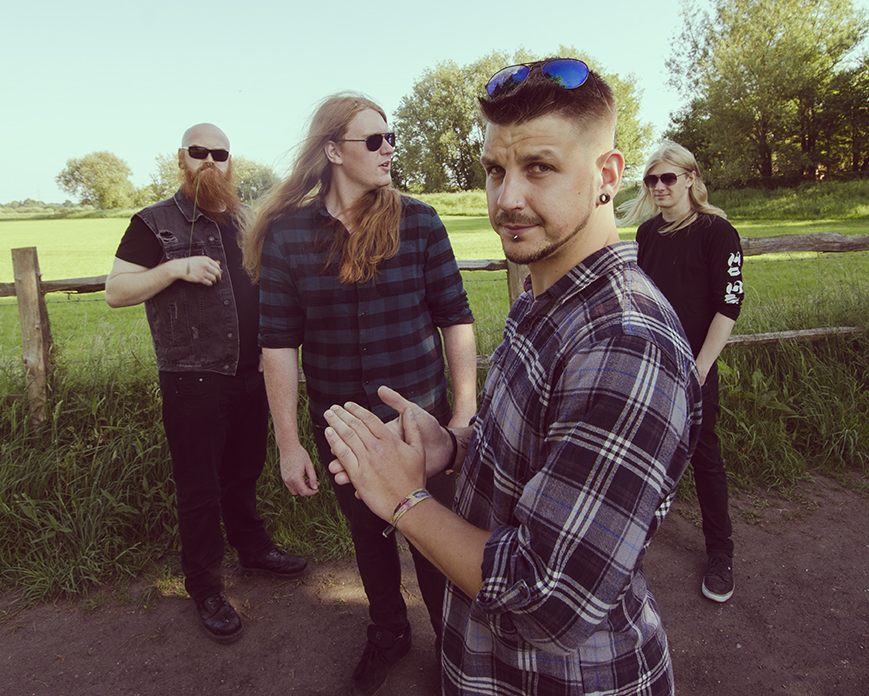 Admittedly, I don’t hear much about Manchester’s metal scene. You’d assume it’s as good as any UK city’s scene but it does have one thing that no other city in the UK has. Prognosis.  Prognosis are a quartet from the aforementioned city of Manchester with one hell of a debut record on  the way. Definition has nine tracks, some minute long interludes and others eight minute epics. I’m also told that a collection of short stories will accompany the record’s stories although it is not yet released. The fact that the band can even expand on the stories in their debut tells you that they have this nailed down.

The release opens up with High Road. A flurry of bass notes and the rest comes in shortly afterwards. The intro is blistering and relentless and it stays that way even when the vocals kick in. The track opens up to wide open choruses with epic vocals. Screams and cleans are used to great effect across these sections. A dementedly fast guitar solo kicks in after the chorus which carries the track along nicely. The track continues it’s story along from section to section, breaking occasionally for furious instrumentals. A true opener if I’ve ever heard one.

Downfall comes in around the halfway mark with it’s eerie guitar intro. The track feels somewhat suspended until those guitars draw faster and closer. It’s atmospheric in how tightly packed it feels during this section. When working in a genre such as metal where guitars are almost constantly distorted production and arrangement is key, something Prognosis understand on this record. Packing tightly at times and stretching out at others, creating a natural ebb and flow. The solo later in the track may be my favourite on the record. It’s not afraid to sound off kilter which keeps things sounding dangerous.

The short track Legacy leads into the eight minute monster of Waste. Legacy‘s story telling leads into the eerie intro of Waste which itself builds up before dropping back. The whole track continues the band’s aforementioned affinity for dynamics and drama. It’s a post apocalyptic soundscape which conveys the track so perfectly. It keeps the entirety of it’s run time entertaining with solos, breakdowns and mega choruses spread everywhere on the song. It’s the musical jewel in the crown that is this record.

The record ends with Drones. Out of the gate this song comes out swinging, sounding like some kind of multi- legged monster. It’s a thunderous track which sees the band arguably at their heaviest and pulling influence from darker sides of metal such as black and death metal. Soaring solos present as ever as the track nears it’s end. The choruses roar and grip you in even more than those from previous tracks did. It’s a great send off for a more than memorable debut.

Fans of bands such as Mastodon or Trivium are sure to find something to love in this band. They offer metal done differently which is something I always enjoy finding. The record is out now and I recommend you check it out for yourself, words can only go so far to describe a record such as this one.