While doing other articles for the site recently I accidentally found my favourite new band of the year. Pretty Little Enemy are an Alt Metal group from Somerset, maybe not the first locale that comes to mind when you think of anything metal but trust me on this one. The bands previous EP, Bitch Please, […] 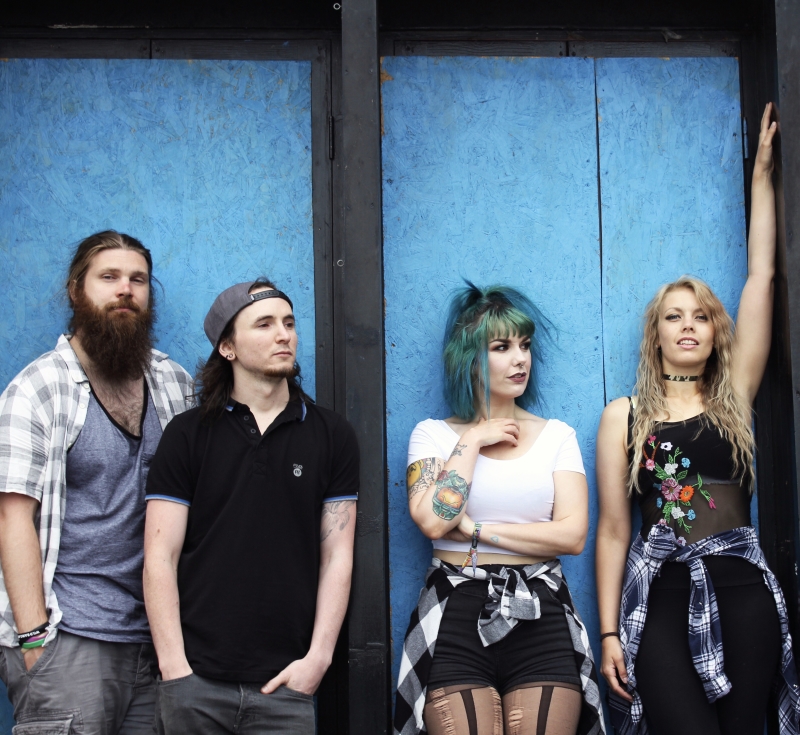 While doing other articles for the site recently I accidentally found my favourite new band of the year. Pretty Little Enemy are an Alt Metal group from Somerset, maybe not the first locale that comes to mind when you think of anything metal but trust me on this one. The bands previous EP, Bitch Please, was released only last year but the band is already back for more. Their new EP, Second Load contains four tracks and is out on September the 15th.

The EP opens with Get a Grip, a chugging and heavy opener. As the first single from the EP it flies the flag well for this EP. Powerful melodies and tight instrumentals. The song varies throughout with pounding verses and more open choruses. The vocals throughout the track balance power and passion with great backing vocals to boot. It kicks things off in a high gear, one that the band is definitely able to maintain.

Collide carries us towards the halfway point of the EP. It builds up slowly but surely before gliding into a massive chorus with soaring vocals and crashing guitars. The band comes out of this into a softer verse where the band really shows it’s ability to work the dynamics of a song as well as making the impending chorus come in even heavier. The track continues to ebb and flow between soft sections and huge choruses in a way that makes it one of my favourite tracks on this EP.

Next up is Play By The Rules. It’s a more vicious track at first with the guitars starting off in a vicious riff. Once the rhythm section joins the track it builds in power while still being agile enough to pop in and out. This section almost reminds me of bands like Rage Against The Machine but any likeness fades away when the chorus comes in with yearning vocals and a slowed down instrumental. Later on in the track there’s a real treat of an instrumental section. Starting with a guitar solo which many bands don’t seem brave enough to do anymore and then a breakdown section. More instrumental goodness lies in wait at the end of the track too, keeping you hooked till the end.

The final track is It’s All Just A Show. It features more riffing, more tight rhythms and even more amazing vocals. The track seems to be slightly lighter than the previous until the breakdown comes in with its jagged harmonics and crushing drumming. Gang vocals pop up later in the track as the band plunges into a last hurrah. The track finishes the EP on a quieter note with its slight acoustic outro, something that just feels right for whatever reason.

The EP combines the styles of bands like Skunk Anansie with expressive vocals and powerful choruses with the heavier stylings of bands like Coheed and Cambria. The band touches on an slightly old school sound in some ways with guitars that at times are almost reminiscent of the aforementioned Skunk Anansie or Rage Against The Machine yet there’s something else there too. A heavier focus and a newer approach to writing that keeps the bands sound fresh. They blend what you may already know and what is distinctly theirs to perfection. Check this EP out if you’re a fan of powerful choruses and music that is heavily dance-able!