London quad Nightlife have never appeared on my radar before, after being in London for a year, I am ashamed that is the case. They can only move onwards and upwards with this great release, which I hope will see them soar as high as the vocal range throughout the album. Left Alone is the […] 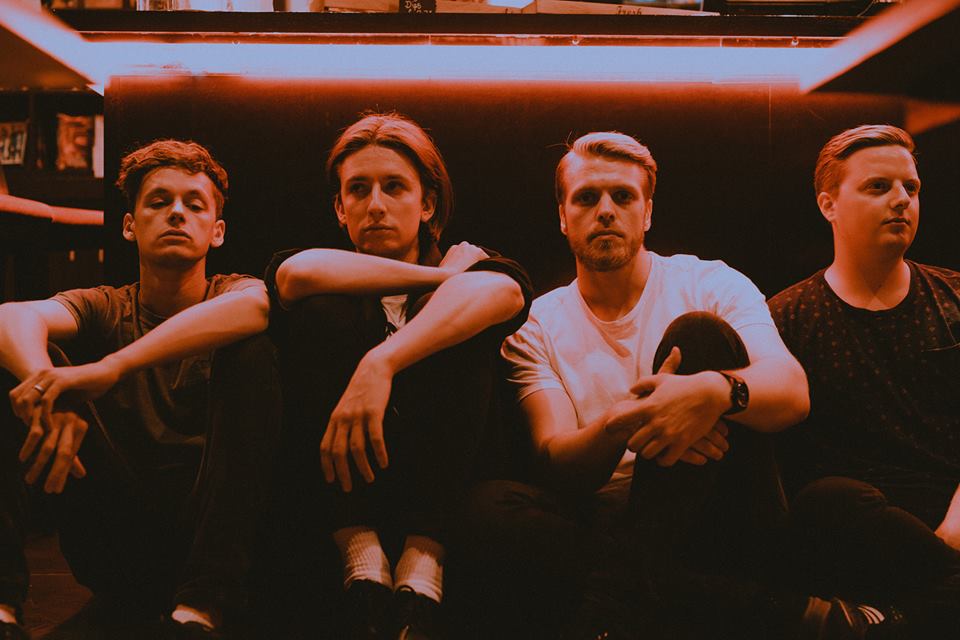 London quad Nightlife have never appeared on my radar before, after being in London for a year, I am ashamed that is the case. They can only move onwards and upwards with this great release, which I hope will see them soar as high as the vocal range throughout the album.

Left Alone is the opening track which starts off as a good foot stomping track, and catchy rhythms and an interesting vocal melody drawing you into their uplifting rock feel. A song about not giving up, believing that things can be fixed, off to a good start, and hope they don’t give up on what is set to be a great album.

Following the opening song is Purgatory, with a roll of drums and the guitar rhythm accompanying, you feel the same energy the band feel with the pacey track. There are many elements to the structure of this track, keeping it interesting throughout.

Out Of Your Mind is the first release from Salt & Acid giving heavier low end riffs and palm mutes until you reach a mysterious sounding chorus with a major and minor feel, and even more bizarre when you reach the bridge to hear a cowbell like a click-track and a maraca shaking over the ‘Woah’ chants. Don’t let that put you off, because it works well!

Moving onto more of a gloomy sounding track, Broken Man slow-dragging guitar sounds give a darker feel to the track, until you reach more uplifting choruses and bridge. Vocals hit some nice high end notes, and have a nice twist on the final chorus.

Blamer has a clean chorded guitar track is laid over on beat snare hits it is soon joined by kick and bass guitar punched out in unison and verses including harmonised ‘Oh Oh’s’ as the more commercial sounding track so far. Stripping back a lot of the initial fast style previously heard, until you reach what can only be described as a mental breakdown of a bridge to give a dark influence and falling back to clean.

Much like the previous track, Dilute starts with a snare on beat but more of a punk rock guitar tone this time, as the song continues into a catchy chorus with nice backing vocals, this is probably a personal favourite on the album, with all the right elements for a great release in the modern genres of top rock based bands in the UK.

Lonely At The Wheel, sounds like a vacation song, while actually it is about moving on from your previous life, leaving everything behind. It is an easy listening track, with a sweet lead guitar springing through in the background of the main rhythm.

Wholesome is what you expect from the Garage Rock band, which is understanding when their influences are from the 90’s era of rock music. It has that classic feel of 20 years ago in music, with a fresh take on the said time.

Bullet Wounds palm mutes it’s way through the verse as a duet of vocals are given the spotlight. As the chorus breaks in, harmonies drop out and turn into a layer of single and extended notes to accompany the rhythm of the track. Another track that is simple, and effective to a commercial type release which would be sure to make their name more familiar to public.

Woah-oh-oh Woah-oh, is what you wake up to as Wake Me When Its Over fires up. A catchy all round song for vocals soaring to high notes and supported by great harmonises in both the chorus and the chants of Woah’s used. I’d rather you wake me up when it starts again, because so far, I have had a great time listening to what appears to be a very refreshing range of songs.

And with that, we wrap it up with the album titled track, Salt & Acid which speeds its way into a power-filled punk track, and a huge bass sound as fingers run up and down the fretboard. A great way to finish the album keeping it pumping, and very much interesting, as a bridge brings back that darkness in Nightlife’s music before ripping out the final chorus and opening riff.

These guys have a great talent in writing unique songs, both vocally and structurally. For a whole album to still keep you interested from back to front from an unknown artist, that is hard to do. Think of the times you wish your friends would listen to your band when trying to promote it to them, hard right? I insist that you give these guys a taster, even a minute of one song, and I assure you won’t skip. Be sure to keep an eye out for Nightlife, the band that is, because they won’t stay unnoticed for long if this debut album is anything to go by.