Modern Error – Lost In The Noise

Modern Error’s debut album Lost In The Noise is a solid start to the band’s catalogue, however the odd pacing of the album prevents it gaining any real momentum. With a sound that draws from the common synth driven style of modern metalcore, there is a draw to ballads and melody. Taking a strong influence from the recent Architects releases, and a hint of post Sempiternal metalcore. All the while the is no distinct reliance on another bands style. Within this record there are signs of potential and while it doesn’t stand out as an individual record it does suggest Modern Error to be a band to keep an eye on in coming years. 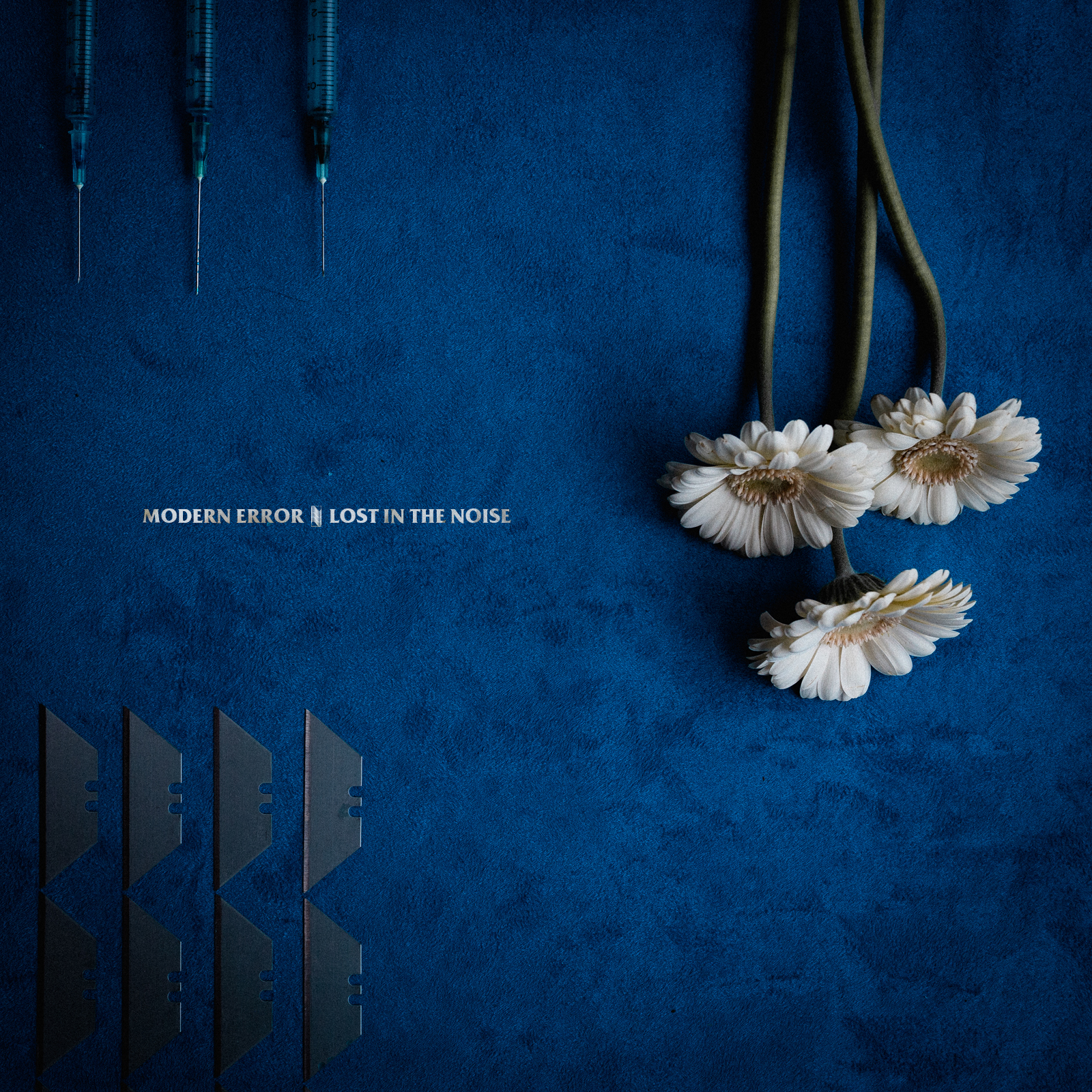 The biggest issue with this record is its pacing. Coming out the traps all guns blazing with Buried and Blue (one of the heaviest songs on the album). It gets the blood pumping and excited for an expected tour de force. However second song Funeral Verse sucks all life at the album. A slow ballad which if placed better within the album may be more effective. After this the record never fully recovers. A constant swing between heaviness and slow ballads prevents any momentum. In truth this makes the record a very hard listen.

The emotional concept of the record is felt throughout and with better pacing and structure it would surely have a greater impact on the listener. The execution of the majority of the songs are good and whilst the songs themselves aren’t top drawer they display a potential. With the blending of gloomy electronic elements and the typical modern guitar parts, create an atmosphere which compliments the emotive vocals. If this is worked on and with growth as a band Modern Error could certainly improved on this debut.