Lower Than Atlantis – Safe In Sound

Lower Than Atlantis have some great feats in their name, dominating the scene here in the UK. With a decade of writing together, bashing out 4 full albums in the course of 4 years, this 3 year gap may be just what the guys needed to give the fans something worth waiting for. So here […] 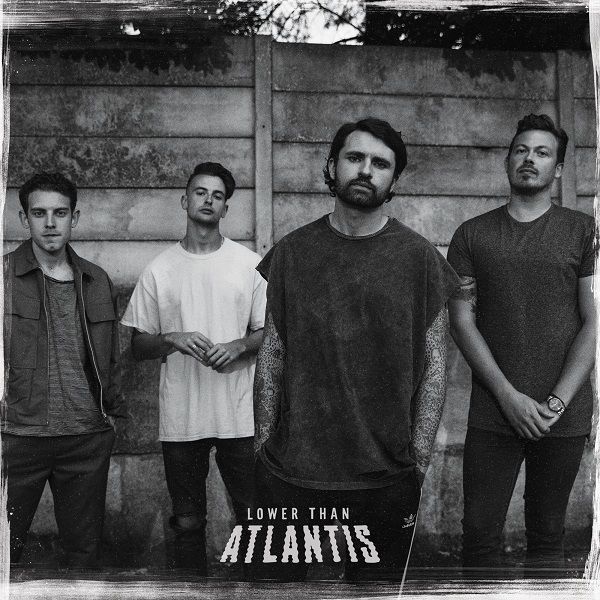 Lower Than Atlantis have some great feats in their name, dominating the scene here in the UK. With a decade of writing together, bashing out 4 full albums in the course of 4 years, this 3 year gap may be just what the guys needed to give the fans something worth waiting for. So here it is, Safe In Sound track-by-track to get an insight of what’s in store for you.

Had Enough is the opening song and Mike Duce (Vocals) feels it is their best song ever, which to be fair, gives one hell of a kick as a gritty hard-rock sounding guitar riff opens the album, which follows to a whole band involvement of the riff. As the vocals enter, over a cleaned up version of the opening riff, and a single on-beat kick drum, continuing to give it an on point head nod, waiting for the chorus which you know well enough will bring back that hard rock pounding sound, as Mike explains that you should keep your distance, because he has clearly had enough. Of what, I am not sure, because we are just getting started.

As we enter the second track titled Dumb you are introduced to a steady rock tone and a bouncy club feeling pre-chorus that leads to an equally as catchy sing-along chorus that will get a crowd bopping around while most probably over-powering the live vocals themselves. This is sure to happen on their upcoming UK tour.

Long Time Coming brings some familiarities you’d hear in a football stadium chanting “Who are ya?” a few times before breaking into an explosive chorus like the hooligans they are, proving that they are Premiership material.

Lower Than Atlantis’ next song Boomerang has a line stating “You can’t get rid of me that fucking easily” which, unless you don’t know of this band already, why would you want to? Their sound is unique and refreshing in this era of diverse music genres. This track really brings out the Pop element of the rock sounds.

From a mellow sound to a chaotic hammering of instruments like a full-band metronome, Work For It soon simmers into the line “This is your wake up call, your chance to change it all” which is just what Lower Than Atlantis have done, worked hard to get to the top of their game. As the chorus flows with the “Woah, you know you’ve got to work for it” in a repeat state, they want you to believe in yourself, and strife for success. If this song doesn’t motivate you to do so, then nothing will.

Could Be Worse starts with a twiddly clean guitar picking away at the strings, soon the bass and drums join followed by vocals as the instruments back off to give a start-stop feel making the lyrics more of a focus point. As the chorus belts out with straight chords, again making the words sung be centre of attention.

I Would combined a 4 note guitar introduction with vocals, as you find the rest of the guys dropping in soon after bringing in a pop-punk feel to the song. It is all kinds of feel-good energy, with a soft use of vocals in verses, kids will be singing along so delicately at a show, until opening their lungs during the chorus trying to match Mike’s vocal strength as his vocals gradually ascend.

Money, “I don’t care about it, I can’t live without it”… Ain’t that the truth! As the song opens with a spacey atmospheric array of sounds, musically the song is expressing feelings of how depressing it is to know you have nothing much to show for the money you have made. As they sing about the money issues, it leaves you wondering if music is truly as appreciated, and the talent get the money they deserve.

As we move on from money issues, things don’t get any more happier in I Don’t Want To Be Here Anymore as the slow starting of an acoustic guitar and a string section, you can only imagine how this song will turn out, but until you listen to it, you will never know how hard it will hit you in the feels. A chorus singing “I wish I was never born, I don’t want to be here anymore” is a pretty bold choice of words, which must be related to someone they lost in a horrible way. Remember there is always someone out there to listen to you, and this song is what they want you to know that life is precious and you get one chance. A powerful and emotional song.

As we close with the finale A Night To Forget you can forget about all the sad songs, all the emotional times, enjoy a song about partying! Opening with a Indie/Rock guitar sound, progressing into a great rock song about being with friends, having a drink (or several) and celebrating anything worth celebrating, like the long awaited Lower Than Atlantis new album!

If you previously doubted LTA, you should rethink by checking this release out, with its mix of sounds from song to song and no two tracks sounding the same, you will find yourself at least one of the 10 songs relevant to your taste in music. This has been a multi-talented release in which I can’t wait for you all to judge for yourselves. Take a bow guys, you have earned the standing ovation you are about to receive.