Kid Kapichi – This Time Next Year

Kid Kapichi’s debut album comes to us this week, titled This Time Next Year. It owes it’s name in part because that’s what we’re all thinking about right now. The current pandemic is central to the album in many ways. The record was produced by the band themselves to get around lockdowns, it’s lyrics grappling with the alternate reality we’ve all found ourselves in. 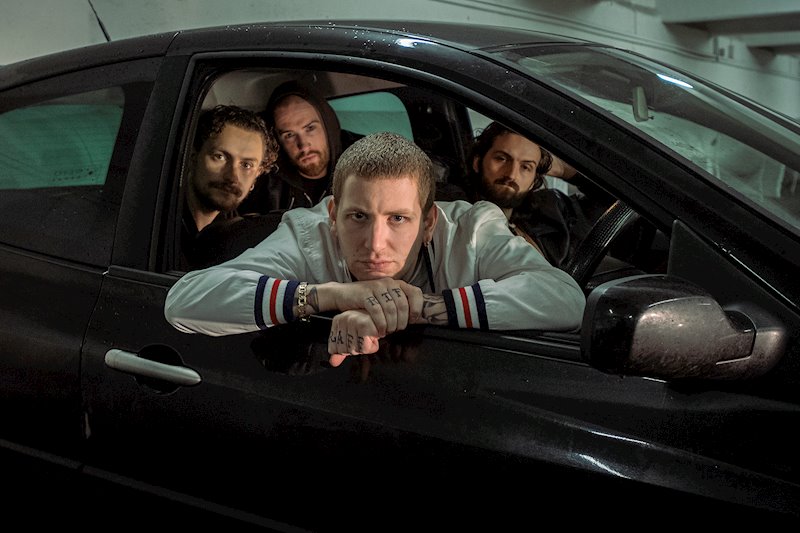 Opening track First World Goblins launches with a big buzzing riff. The song has a faint sense of QOTSA to it with swooning melodies, squawking leads and lurching guitar lines. It’s lyrics reflect on the mundanity of the lockdown year we’re all in but deliver that with angst and power.

Working Man’s Town shows the band moving into more specific social commentary. It spells out the bitter reality that many people in the country have been facing for years. It’s all done in a very defiant way. Big choruses, fierce vocals and an upbeat instrumental make what could have been a despairing song into a raised fist against the establishment. Similar themes pop up on the following track Sardines. This track is a bit of a monster with thick riffs and melting choruses.

Self Saboteur is out already (as is Working Man’s Town and a couple other tracks) and it’s certainly a worthy taste of the record for anyone who wants to know what they’re getting themselves into. Violence comes next and it feels very influenced by the civil unrest seen across the globe in recent years. As a track it is gloriously disorienting. From the chorus with it’s riffs that have an almost strobe-like quality to them and that bridge and guitar solo that is simply blistering. A surefire live hit.

Fomo Sapiens has some chime to it with it’s twinkling synth notes overtop a grooving, distorted bassline. Once it takes off and those ethereal synths? Guitars? I don’t know but whatever they are they sound like the coolest siren you’ve ever heard. Skipping forward a little, What Would Your Mother Say is another raucous rocker. Lyrics about loutishness soundtracked by a supercharged by some grimy rock.

Closing track Hope’s a Never Ending Funeral takes a different note with it’s piano intro. It’s a very wistful song all the way through. The band joins in later in the song with some production that shakes the ground. It’s a nice way to end a record that’s so in your face from the start.

While I imagine the band would rather not have had to DIY their debut in a global pandemic, I certainly don’t think this record shows any sign of suffering from the conditions surrounding it’s birth. The production sounds great, it’s got a sound of it’s own. It’s grimy and dirty and it conveys the power of the instruments so well it makes you think the speakers are going to blow. If you need an energetic rock record with some edge that’ll get you on your feet then give this a listen and be sure to check the band out when they get a chance to play these tracks live.