Josh Todd & The Conflict – Year Of The Tiger

Josh Todd (Buckcherry vocalist) has taken to a new project with his partner in crime Stevie Dancanay (Buckcherry guitarist) to bring us a whole new experience with that same authentic and distinctive voice playing the part of something more dynamic and heavy from what you’d usually expect, recruiting Gregg Cash (bass) and Sean Winchester (drums) […] 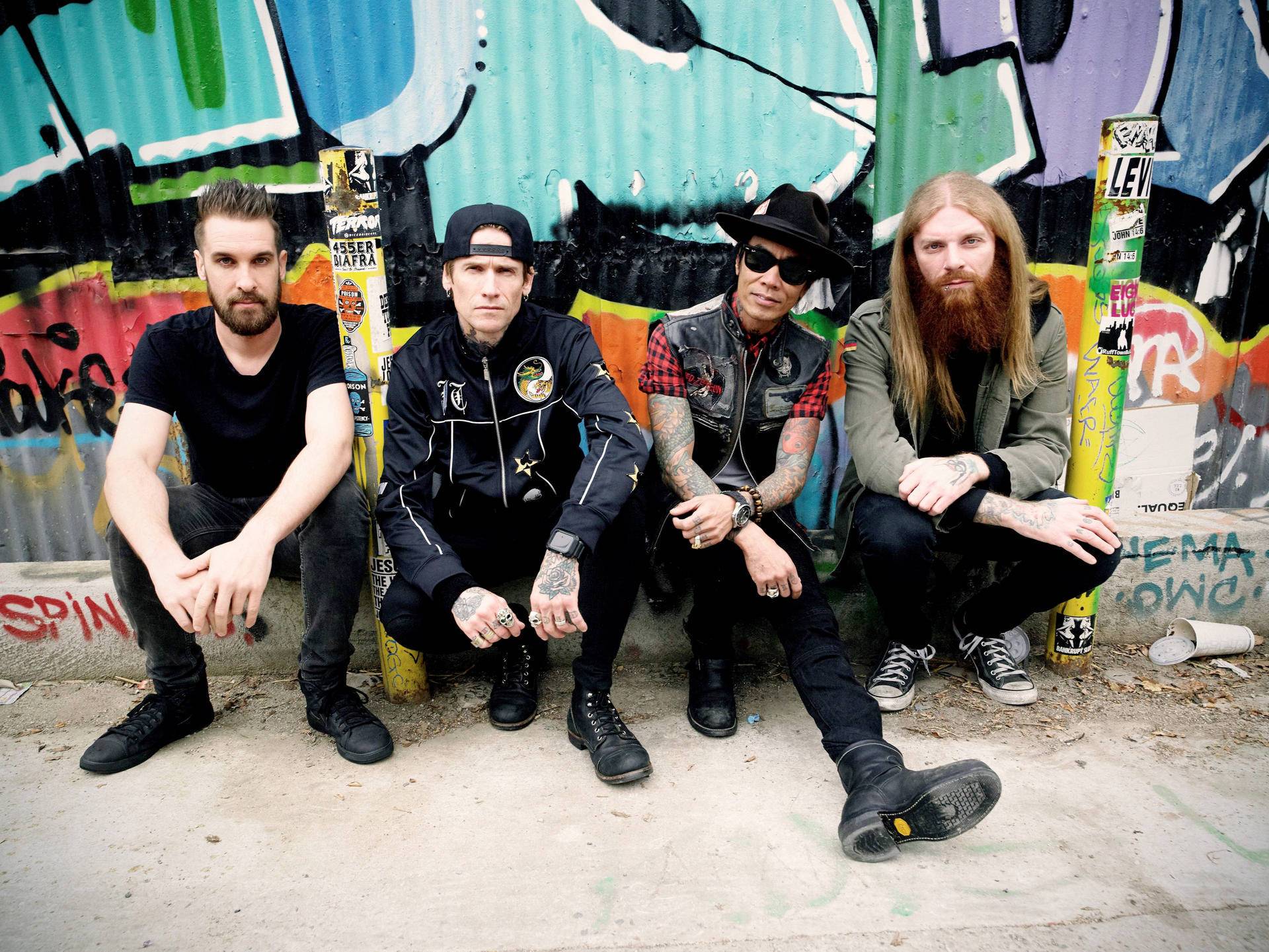 Josh Todd (Buckcherry vocalist) has taken to a new project with his partner in crime Stevie Dancanay (Buckcherry guitarist) to bring us a whole new experience with that same authentic and distinctive voice playing the part of something more dynamic and heavy from what you’d usually expect, recruiting Gregg Cash (bass) and Sean Winchester (drums) creating Josh Todd & The Conflict.

Year Of The Tiger being the title track of their debut has to live up to all expectations, opening with a clean fuzz guitar riff over clapping then released into a fierce burst of fun heavy energy as the tiger is truly unleashed. Todd’s vocals noticeably become more raw, and punked up. With a huge twist in the bridge with dubstep style wobble effects, fitting in so smoothly. Inside is a pacey song, with a quick hi-hat 4 count to indicate a chugging riff with the use of fast hammer-on / pull off’s into great melodic choruses both vocally and rhythmic instrumentals.

Fucked Up pretty much explains itself with what the song is about, as Todd talks about everything including himself being fucked up. Nice bass-driven song with it’s low tones, and a huge guitar solo before all drops out for the bass to shine and take the spotlight. As Rain begins I’m reminded of the exact stomp/clap pattern as an opening track of AFI, none the less, as soon as the vocals kick in you feel more of a cowboy approach to the style with a twangy guitar accompanied by light use of an electric guitar. This really nails the southern-rock elements with the dynamics of the song, while also not holding back from fitting in many curse words.

Good Enough strips down further to an acoustic start and dual vocals for a mid and low tone working together well overlapping. I guess you can call this the serenade of the debut with less aggression and more positivity. Stepping it up with The Conflict bringing back the spotlight on heavy riffs and edgy vocal lines, putting the power into the song titled after Todd’s entourage which soon had Stevie showing off more of his skills during a guitar solo. Story Of My Life sees a catchy rhythm whilst explaining the changes in his life good and bad that make him feel alive. A beautifully sung chorus sees signs of emotion in the voice, like reflecting on the decisions made to be where he is today.

All in all we have a debut release of half the members of Buckcherry, which feels like half a Buckcherry album. Not that it is a bad thing as Todd explains it has been 2 years since last releasing music which in his eyes is too long, that I assume he needed to just let it out in some way to feel the relief of sharing his words while creating some songs more edgy than others breaking out of Buckcherry boundaries.

Check out the opening track ‘Year Of The Tiger‘ to really get a taste of the new project: