It’s a cold night here in the streets of London, as I brawl my way to Jingle Bell Brawl at Roadtrip & The Workshop in Old Street, showcasing 4 upcoming artists in the heavier spectrum of music.   Take The Backseat, Casey start the night off a little later than scheduled as some early supporters […] 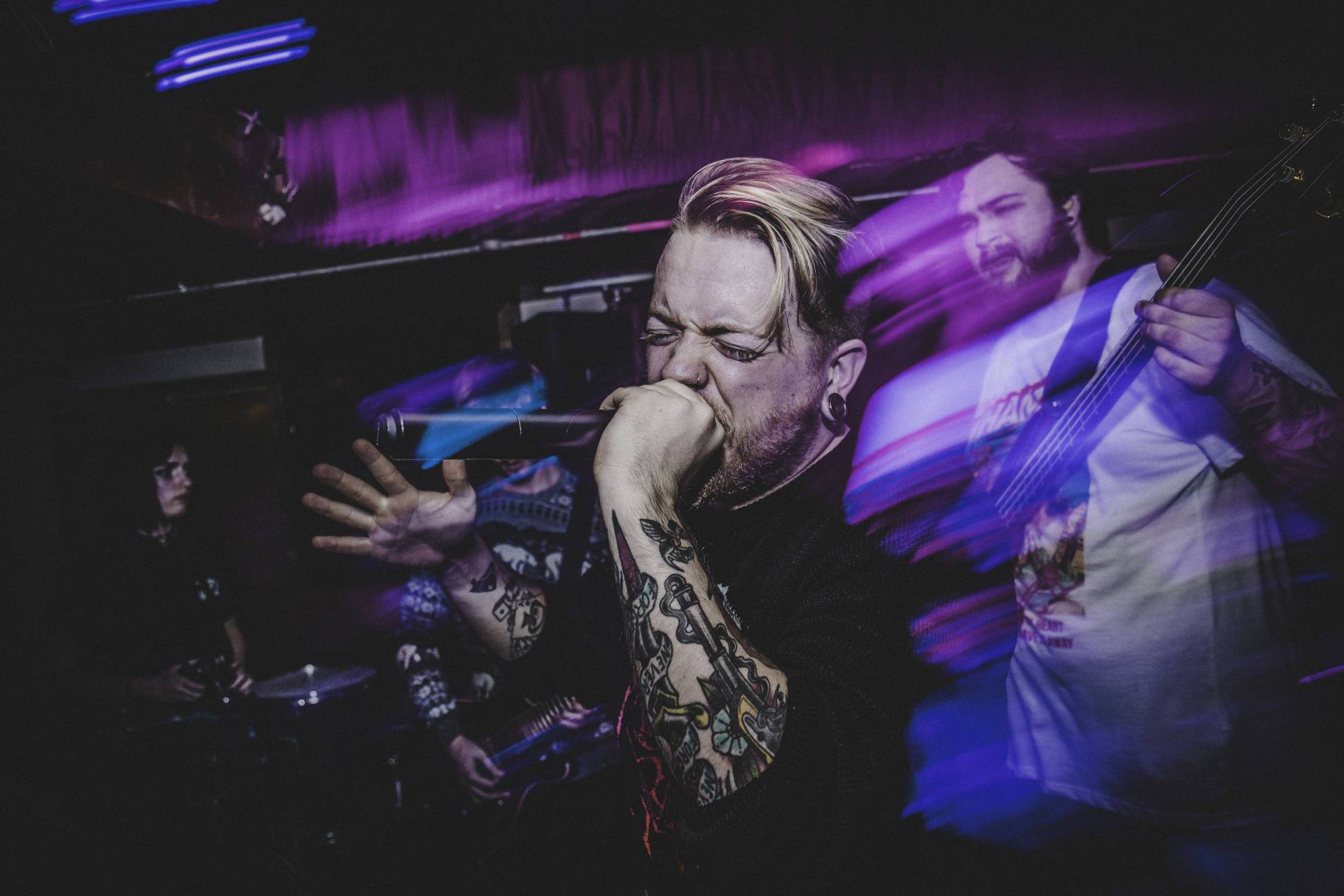 It’s a cold night here in the streets of London, as I brawl my way to Jingle Bell Brawl at Roadtrip & The Workshop in Old Street, showcasing 4 upcoming artists in the heavier spectrum of music.

Take The Backseat, Casey start the night off a little later than scheduled as some early supporters gather for a raw demo-like sounding bunch of tracks which could be partially down to the mixing sounding very boxed in trying to accommodate the size of the room or the guys haven’t found the right sound for themselves just yet. Growls are sounding solid whereas clean vocals need a bit more power to really generate a more engaging show.

Making use of the tiny stage area, Defences find themselves vacating to the floor area while their sound and performance shows professionalism with the drummer playing to a click track, guitar riffs are sounding clear and beautifully sung harmonies lead by the frontwoman and bassist. This 5-piece will soon find themselves on some impressive support slots in 2018 if they act accordingly I’m sure as they really make an impact here with the capacity growing throughout turning up the heat.

Third on the bill is Jack The Envious who hold back nothing with a ballsy performance packed full of interesting backing tracks and enticing screams from the frontman, bringing the room to a sweat box, as passion and energy put into their performance is generously given back to them just as much which is to be expected from this stellar show feeling that this will be a tough act to follow. With 3/4 of the band formerly from Israel, they have gradually created somewhat of a buzz on UK soil from their short of a year residency, there is no reason for you to not believe me when I express how hard these guys are working to make this band their life. After the unfortunate time keeping this evening with bands hitting the stage later than expected, JTE are forced to cut the set short in order for the night to pull back some time.

The headlining act Thecityisours are rushed into setting up as we currently fall 25 minutes behind schedule, though nobody seems concerned in the night ending later than expected as we get underway. Regardless of the technical issues in the early stages, the performance is top notch making the best of the situation while the vocalist and guitarist show no signs of shyness in creating a mosh pit successfully bringing the energy at a high standard throughout the duration of the show and giving 110% to this now packed out cosy room. The intimacy of the show is suiting this soon-to-be Metalcore heavyweights as the connection in this basement has been none stop movement and sing-alongs like you’d see at a larger scale sold out hardcore show, along with personal heckles and jokes between songs. With curfew hitting 11pm the band are instructed that the show must end, which is very unfortunate to have not completed the set as planned but this small community have had a blast and everyone is full of happiness as they bid their farewells to each other thus closing a spectacular night of the local music scene.

For further support of each band, follow the links provided below and help make this local community bigger.