Ice Nine Kills pick up where they left off on Every Trick In The Book with The Silver Scream. A record full of brutal tracks with pounding drums, heavy basslines, intricate riffs, melodic clean vocals and in your face screams. Just like your favourite horror films, it will make you jump before stabbing you right in the heart with sheer ferocity. 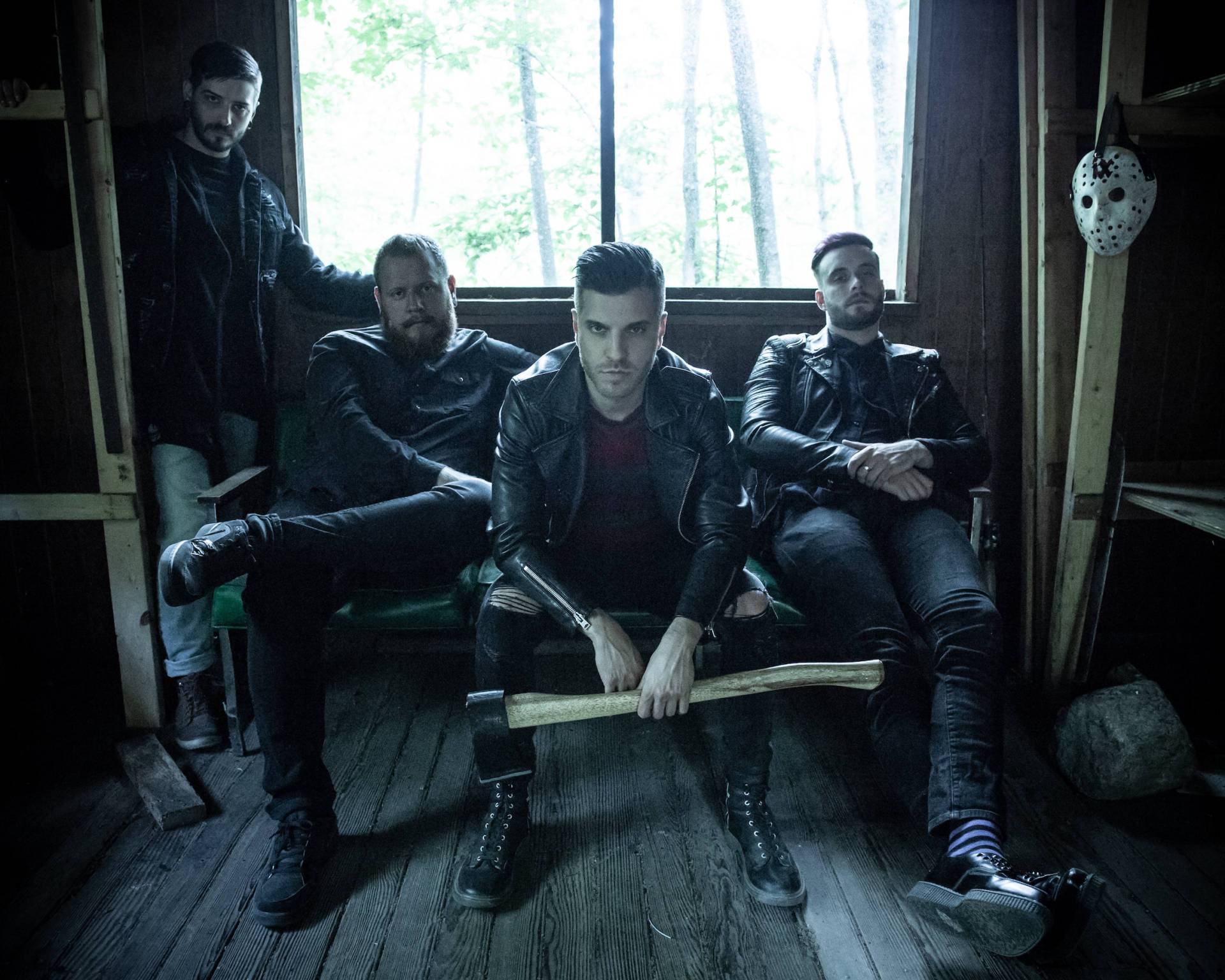 Back in 2016, Boston metalcorers Ice Nine Kills released their brilliant concept album Every Trick In The Book, where every song told the story of a well-known novel. Now two years later, the quartet are back with their new album The Silver Scream (October 5, Fearless Records), following along the same idea, however, this time, incorporating a classic horror film into each track! The three singles released so far from the record; The American Nightmare, Thank God It’s Friday and A Grave Mistake, have been fused together in a gripping three part The Silver Scream short film. The film follows frontman Spencer Charnas on his quest through therapy for disturbing dreams, portraying serial murders all committed by the vocalist, in the style of the films being portrayed.

Opening with the Nightmare On Elm Street inspired The American Nightmare’s spoken word introduction, the album begins with a catchy chorus, pounding drums and intricate riffs. The campfire sing-a-long to open Thank God It’s Friday is a complete contrast to the sheer ferocity of the verses. The dual vocal assault on Halloween inspired Stabbing In The Dark makes the track. Hook laden SAVAGES is super catchy and has a full-on rhythm section. Former Finch guitarist Randy Strohmeyer joins the fray for the brutal assault that is The Jig Is Up. Latest single A Grave Mistake sees the return of frontman Spencer Charnas’ melodic vocals at their best. Rocking The Boat sees the return of founding Ice Nine Kills member Jeremy Schwartz for a drum heavy, triple vocal assault before The Shining inspired Enjoy Your Slay makes an appearance with director Stanley Kubrick’s grandson Sam Kubrick (formerly of Shields) adding his impressive vocal ability, making it not a triple but quadruple vocal assault, combining soft melodic lead vocals and harmonies and brutal screams from Charnas, guitarist/co-lead vocalist Justin DeBlieck and bassist/backing vocalist Justin Morrow.

Freak Flag provides a bit of a respite, with it’s majority of the vocals coming in as cleans and the anthemic “let your freak flags fly”, The World In My Hand continues the clean vocals, joined by MEST’s Tony Lovato. Merry Axe-Mas returns to the screams with a heavy-hitting festive track, complete with Christmas related pun lyrics, brutal screams and an intricate riff. Love Bites is the closest you can get to a ballad with Ice Nine Kills, it showcases Charnas’ melodic vocal ability very well and the added vocals from Stranger Things’ actress Chelsea Talmadge harmonise well. Closing track IT Is The End begins with a creepy carnival style introduction before kicking in with a brutal scream. Less Than Jake and Fenix TX are the latest guests to appear on the record, closing the album out with a brutal end, just like a horror film reaching it’s climax.

Ice Nine Kills pick up where they left off on Every Trick In The Book with The Silver Scream. A record full of brutal tracks with pounding drums, heavy basslines, intricate riffs, melodic clean vocals and in your face screams. Just like your favourite horror films, it will make you jump before stabbing you right in the heart with sheer ferocity.