‘How It Feels To Be Lost’ by Sleeping With Sirens review

The year is 2019 and, after much promise, Sleeping With Sirens have returned with their eagerly anticipated sixth studio effort. Following on from the poppier offerings of 2017’s major label record ‘Gossip’, the band promised some heavier tunes more akin to ‘Let’s Cheers To This’. 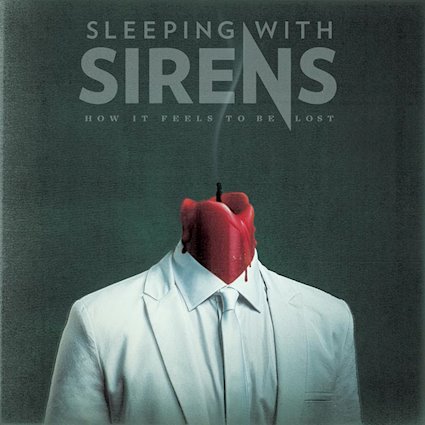 It’s certainly true that this is a heavier Sleeping With Sirens album, and that much was obvious way before the album’s release. Second single ‘Break Me Down‘ is their heaviest track in a long time. Because of this, it isn’t as instant as recent Sleeping With Sirens output, but is certainly a grower. ‘Medicine‘ is similar, a riff-laden assault that grows on you with each listen (and prompted me, at 2AM, to message my friend saying simply ‘SWS Medicine > BMTH Medicine’). I don’t think I’ve ever messaged him anything as true.

The heavier intent was there even before ‘Break Me Down‘, as lead single and undisputed highlight ‘Leave It All Behind‘ certainly shook the cobwebs off (and any spiders, too). With a chorus sent direct from heaven and a pulsing riff to die for, it exemplifies the middle ground of heaviness, if there is such a thing. It’s a ‘Madness‘ meets ‘Let’s Cheers To This‘ sound present in most of the tracks, but most successfully the catchy ‘Agree To Disagree‘ and ‘Never Enough‘ and the moving and memorable title track, which shares similarities with the afore-mentioned banger ‘Leave It All Behind‘.

To add some extra new flavour to the recipe, something the band have been doing on records for some time, there’s some electronic influences dotted about, most blatantly in ‘Another Nightmare’, a weird but good track. It’s also sprinkled elsewhere on the album, and it works well when it raises its head. They’ve also adopted to write the record less like a post-hardcore album and more like a straight up radio rock record, which does them a tone of favours throughout (see closer ‘Dying To Believe‘).

Criticisms are few and far between. The Benji Madden feature on ‘Never Enough‘ seems a little unnecessary and sounds a bit off, and some of the lyrics haven’t really had much thought put into them (“you can keep the sun, ’cause I like the night time better” being a predictable line, one of many). The record also has all the best songs right at the start, tracks 1-5 specifically, meaning it teeters off a little in the second half. However, there aren’t any bad tracks here, just good ones and, uh, good-er ones.

Overall, it is the comeback they’ve been promising. Kellin Quinn, somewhere deep in Instagram comments, said they never left the hardcore scene, just took some wrong turns (or something like that, anyway). The wrong turns refer to ‘Feel‘ and ‘Gossip‘, obviously, but I think wrong turn is the wrong word. Sleeping With Sirens wouldn’t be the band they are today had they not made any one of their former records, and that would be a shame. ‘How It Feels To Be Lost‘ is very good.