For die hard fans of Paramore, you probably have an understanding that Halfnoise is Zac Farro (former Paramore drummer) and if you are already familiar, you already understand this is not a comparison of his former successors. Indie / Chill would be the most accurate way to describe the vibe given from Farro’s project. As […] 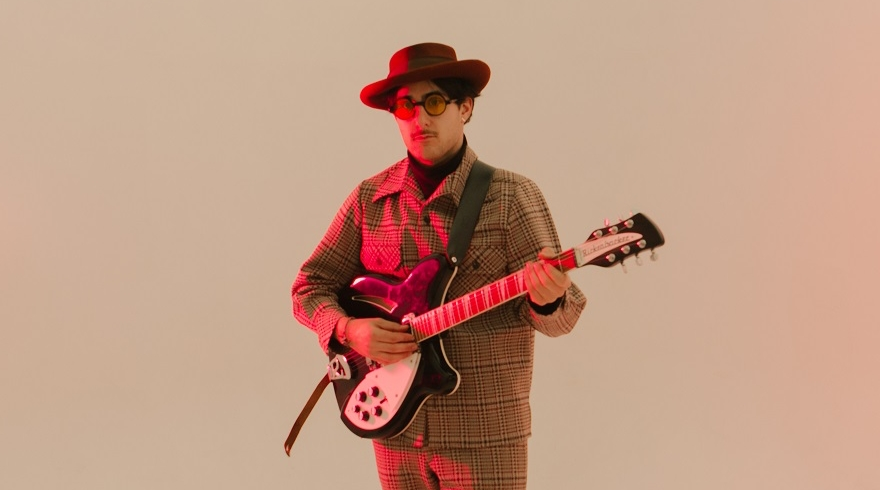 For die hard fans of Paramore, you probably have an understanding that Halfnoise is Zac Farro (former Paramore drummer) and if you are already familiar, you already understand this is not a comparison of his former successors. Indie / Chill would be the most accurate way to describe the vibe given from Farro’s project.

As the release of his second EP Velvet Face starts off with Scooby’s In The Back, I can only picture a psychedelic surfing trip with a bunch of flower-power hippies in a colourfully wild trance. With a twangy bass sound, seducing guitar and vocals, and a constant rattle of tambourine shaking throughout the track.

French Class is the premiere song with the music video of a guy ‘Disco Roller Skating’ downhill. Introduced with a voice counting to 6 in French, before introducing the shaking tambourine and a funky bass line. As the vocals come in, tambourine drops out, and a retro-synth stabs in over the verse. The chorus sees layers of voices and a high end lead vocal, giving chills as you feel at ease, relaxing into the mood set.

At the halfway mark, As U Wave loops a tasteful guitar track from start to finish, as another guitar track drops in on top of the loop for 50% of the song, it is proving a simple track can still have a nice effect, and easy on the ears, as the first part of the track sees male vocals, followed by female vocals at the halfway point as both vocals meet for the last couple of choruses.

Someday fades in with a piano track which again is in continuance for practically the entity of the song, giving more insight as to how simple the EP truly is. Again including a funky mid-sounding bass, and a “wash away your troubles” chorus, as peaceful backing vocals add a spacey body to the mix.

Ending on the title track Velvet Face at just over 5 minutes long, truly has that sound that sees the “trip” coming to an end. It’s not until close to the 3 minute mark does it start to bring a more upbeat drum track in line with a repeated vocal line. Closing the track with each instrument gradually leaving the mix as the last chimes of a xylophone fades out this EP.

For anyone who is stuck saying “another day, another dollar” just needs time to sit down, relax, and immerse themselves into music like the Velvet Face EP because it doesn’t over complicate. It may not be a motivational feeling, but calming and simple for the ears is sometimes what you need after a long day.