It’s sometime in March this year, I’m in a small basement venue in Bournemouth. A band I’ve previously reviewed, Nervus, just finished a killer set and I’m ready for more loud sounds in preparation for the mighty Milk Teeth. A group of people who walked past me earlier in the crowd take the stage. Turns […] 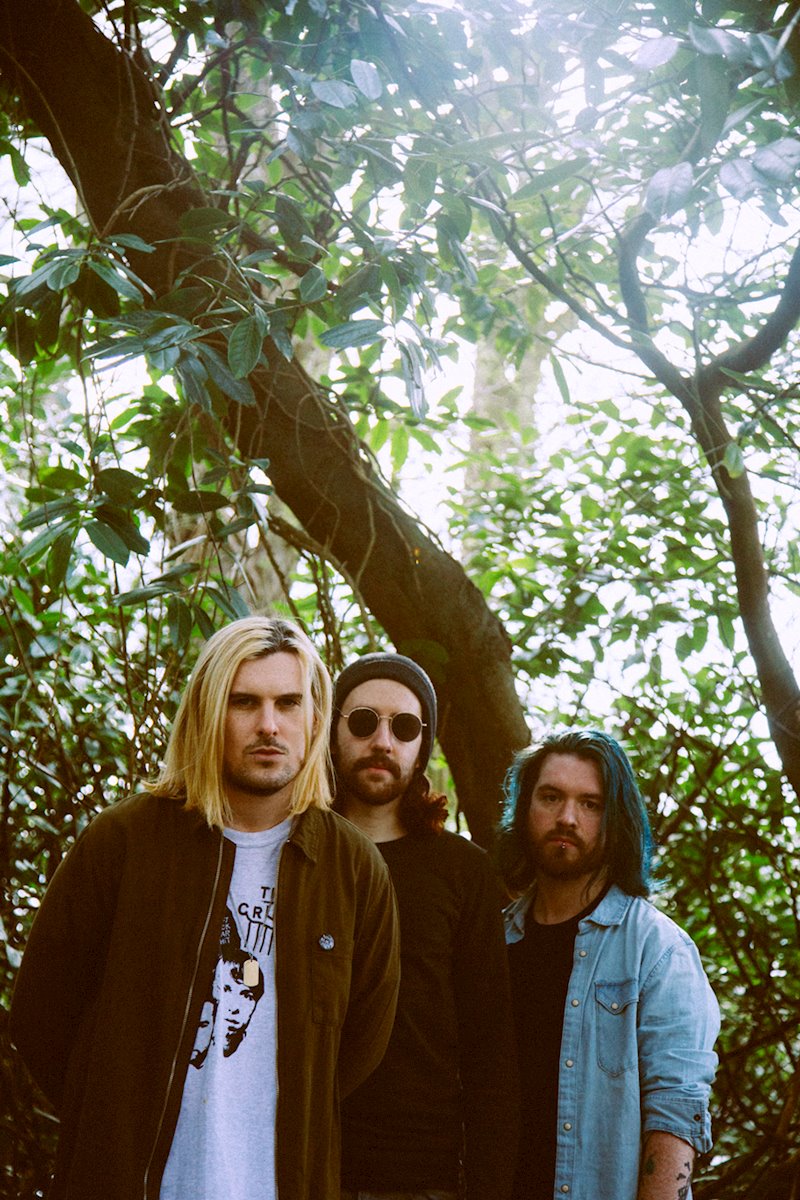 It’s sometime in March this year, I’m in a small basement venue in Bournemouth. A band I’ve previously reviewed, Nervus, just finished a killer set and I’m ready for more loud sounds in preparation for the mighty Milk Teeth. A group of people who walked past me earlier in the crowd take the stage. Turns out it’s none other than Irish Rockers, Fangclub. They proceed to play a set filled with energy and attitude that you could not ignore. Not just because it was a venue that’s the best kind of small but because that band on stage put so much into the show and the audience gave so much back. I had to hear more and I did. Then I saw that more was coming and I had to hear it.

This is True Love, Fangclub‘s latest EP that follows on from where their self titled record left off. It comes in at five tracks long with the first being the bombastic, Knife. Grinding guitars and pounding percussion. The track has atmosphere, power and passion. The refrain hammers like it should and the whole track is the musical equivalent of putting your best foot forward with this being the releases lead single. It journeys into the bands darker sides with noise and yells appearing on the later parts of the track. It’s a glorious bit of controlled chaos to let go to.

Heart Is A Landmine picks up next, a tense opening builds towards a chorus that sounds wondrous and intriguing, the track keeps drawing you deeper and deeper until it opens up gives it everything. It’s a solid track that keeps existing momentum and adds even more.

Smother is next. A track that takes a lighter, indie tinged direction. Saturated guitar chorus slide along the sides with classic Fangclub vocals down the middle. A tight rhythm section brings up the rear with additional claps when needed. It’s fresh with it’s own identity on the record. I’m excited to see how Fangclub use what they found on this track in the future and for now I can listen to this track which is easily one of my favourites of theirs so far.

Sweater Forever follows up with possibly the grungiest bass tone I’ve heard. It gives me automatic Pixies vibes but it still has their signatures all over it. The lyrics and vocals are strong as always and when the chorus kicks in you want to sing along just as much as you did on every previous track. Weirder moments occur throughout the song with effect laden guitar lines tinkling throughout.

High rounds out the EP. A fine rocker of a track that helps send the EP out with a bang. Punchy riffs and even a cowbell help punctuate the full stop to a killer EP. glorious choruses shine through before it’s back into the riffage for the big finish. It’s the perfect way to end.

True Love keeps up Fangclub‘s momentum, consolidating their place and hopefully spreading their reach. The guitar tones on this release fill me with envy and the songs make me want to buy tickets to their next five shows. Listen to this EP when it’s out and you’ll want to join me.

True Love comes out June 29th on Vertigo Records. The band are also playing several festivals throughout the summer.