The Punk 5-piece from the big city of London EAT DIRT. thrash their way through 14 songs with the majority of the tracks being between 1-2 minutes long collectively completing the record in 26 minutes. ‘Short and sweet’ is a pretty accurate term to use here but we should forget about sweetness part of that statement, sure the songs are bangers, but sweet is not a word that works in this pacey-punk madness. 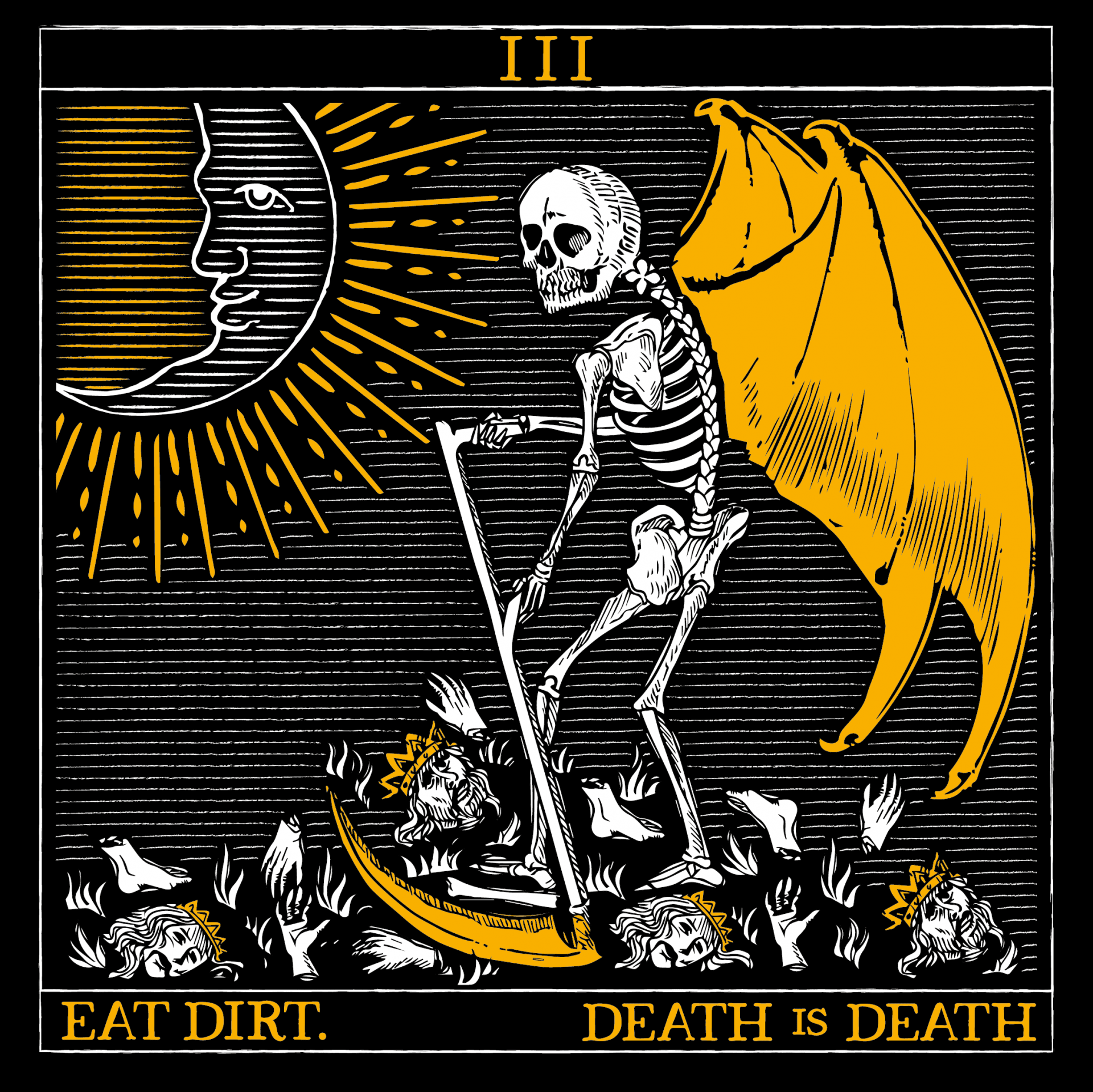 Straight to the point opening tracks Make Peace and Worms Of The Earth that thrash their way through with gritty guitar chords, rumbling bass, and hasty drums and a hardcore vocal style. Come And See dips out from the speed and is in fact the longest track on the record at 2.38 minutes, enough time for them to throw a solo in the mix too which also appears in Bones and Spend Your Life. Clean vocals start to emerge in Moribund which has a similar tone to Roger [Less Than Jake] which has a tasteful blend to add something new to the record thus far. The title track Death Is Death speaks for itself when speaking about no escaping the inevitable and is a very ballsy track that hits hard in a very truthful statement. So far I am learning that quantity and quality can come hand in hand, as the works of this record as fast as it has gone by so far has been a whirlwind of pure energy that is not holding back from raw vocals honing built up emotion and aggression such as the duel vocals. Closing with Pull Out that brings the album together so well with the 90’s punk feel with a short-lived clean sung chorus segment that really sits smoothly in the track.

It’s been a lot to process in such a short time, that I feel compelled to listen through again soon enough! On first listen, these guys have potential to move onto big things in the ever-growing scene.

Check out EAT DIRT. official video for Death Is Death below, it will take less than 2 minutes of your time: