Dream State’s debut record ‘Primrose Path’ presents the band harnessing a very cinematic rock sound, grand arrangements creating a cacophony of sound and emotion. Opener ‘Made Up Smile’ exemplifies this sound, building up to crazy and catchy climactic choruses, and even sprinkling some wonderful little screams in there. 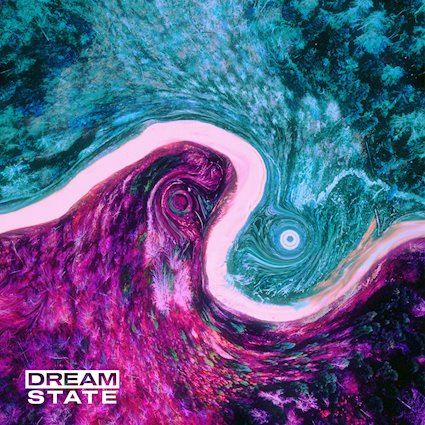 Lead single ‘Hand In Hand‘, despite great reception, had people worried they were going to dial back their sound to make themselves more radio friendly – even going as far as having slight Evanescence vibes – but ‘Are You Ready To Live‘ presents a hardcore assault that, coming in second on the record, is reassuring to the listener.

However, when singles are concerned, ‘Open Windows‘ and late-comer and (semi) title track ‘Primrose‘ are arguably better than ‘Hand In Hand‘. ‘Open Windows‘ is harder, punchier, angrier, and CJ delivers her best performance on the whole album. ‘Primrose‘, however, is the album highlight, arguably Dream State‘s greatest ever track. It’s emotive, it’s shocking, it’s melodic and it’s heavy. It’s everything.

‘Twenty Letters‘ was a late single and doesn’t quite have its own identity when standing next to the others, but slows the pace a little after the assault that is the first half of the record. ‘Spitting Lies‘ chugs nicely on some crunchy guitars but the chorus is a little samey. ‘Out Of The Blue‘ is an instant redeemer, possibly the heaviest on the record; it’s the home of a delicious breakdown.

‘Chapters‘ attempts to spice it up with CJ handing over the mic a little, but it falls a little flat, being undoubtedly the weakest on the whole record. Again, they instantly redeem, with afore-mentioned ‘Primrose‘ following before ‘I Feel It Too‘ closes us out. It’s cinematic like the opener, and ends the album in a very satisfying way even if its far from the best, the monologue bringing the album full circle.

It isn’t a flawless album, for sure, but it’s a solid debut. It’s nice to see this band shift comfortably into full length format without losing themselves in the process. They’re still here, still carrying the same torch, and still writing good songs.