It’s been an interesting winter this year and not in the good way. Like me, you may be worn down by the dark, the cold and just about everything else. Well don’t worry because the spring is here and along with it comes the new record from California Bubblegum Punks, The Dollyrots. Whiplash Splash is […] 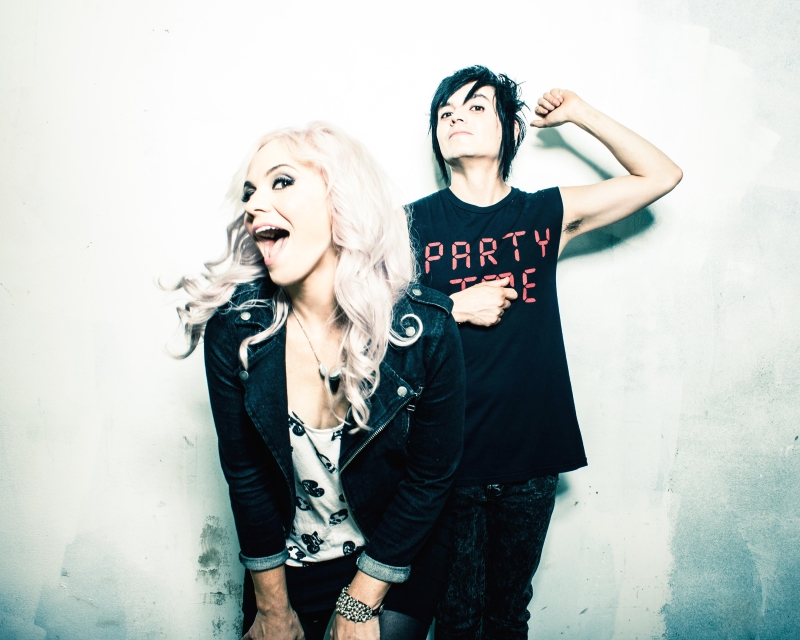 It’s been an interesting winter this year and not in the good way. Like me, you may be worn down by the dark, the cold and just about everything else. Well don’t worry because the spring is here and along with it comes the new record from California Bubblegum Punks, The Dollyrots. Whiplash Splash is a well needed, 44 minute ray of pop punk sunshine. The album is the band’s sixth and was also a crowdfunded effort with donators getting the album early as well as behind the scenes content. This approach to albums is interesting in itself with the barrier between artist and fan being torn down to great success.

The Dollyrots are no strangers to making albums with a sizeable discography behind them and this experience shows. The opening track I Do gets straight into the action with big choruses and a whole lot of of fun. As openers go, you’ll be hard pressed to find one as fun as this. It has a bounce from the start and carries it all the way through. The chorus is simple but still extremely effective. Throughout the record, tracks such as I Do, Babbling Idiot, Dance Like A Maniac and others show the bands aptitude for a good chorus. The third track on the album, Mermaid, is one of my favourites. A gentle intro explodes into a signature Dollyrots chorus, easing back into quiet verses. This track shows a range that the band constantly makes use of across the album. Good examples of this include the country tinged, This Addiction and the synth touched Jump Start This Heart. These later tracks experiment more but still retain the core feeling and sound of the bad, making it an album that still appeals after repeated listens.

The production on the album certainly holds up. The rhythm section holds solid the whole time, providing many a foot tapping beat. The guitars are in some parts as heavy as you’d hope, City of Angels for example, but at others they adapt to different styles easily. This Addiction gives a great example with a country-meets-punk sound that gives the track a real unique feel. The track also features some additional instrumentation and while not being the only track to do this on the record it has the most effect on this track. The vocals across the track are well performed and well thought out. It’s hard to pick out a song that doesn’t have the sing along quality that this band does so well.

Overall the record is a very diverse effort from the band. The album flows well and incorporates the style changes with ease. It’s easy to listen to and has a lot of appeal for sure. As someone who listens to a lot of music that isn’t particularly joyous it’s nice to put Whiplash Splash on and just stop being so serious for a bit. It’s a breath of fresh air that stands well on it’s own. The record feels like someone took earlier female fronted punk such as The Runaways and mixed it up with modern Pop Punk and threw in a little something else for good measure. The Dollyrots are definitely worth a listen if you’ve ever been a fan of bands like Bowling For Soup or All Time Low. The Dollyrots are unique in their own way and it’s something that makes them so much fun to listen to. The record is released to the public on March 24th so in the mean time listen to the singles and wait eagerly.