Columbus- A Hot Take On Heartbreak

Aussie power trio, Columbus have another album for us! A Hot Take On Heartbreak, the follow up to 2016’s Spring Forever, is finally here. There have been changes in that time. Through relentless touring the band realised they didn’t really want to be the pop punk band that they’d become anymore. With this knowledge in […] 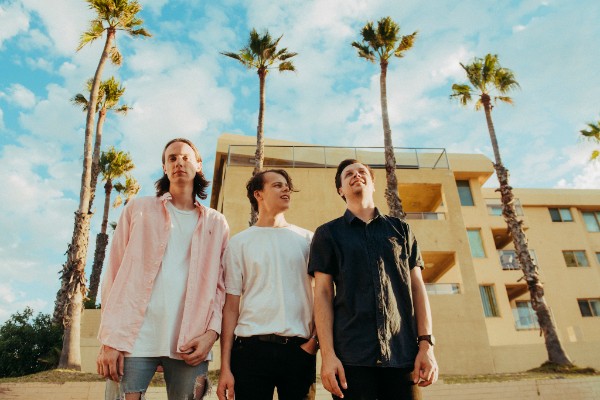 Aussie power trio, Columbus have another album for us! A Hot Take On Heartbreak, the follow up to 2016’s Spring Forever, is finally here. There have been changes in that time. Through relentless touring the band realised they didn’t really want to be the pop punk band that they’d become anymore. With this knowledge in hand they went into the studio to try and shed their skin and slither on to new landscapes like a sonic snake.

The album opens with Don’t Know How To Act which shows that, although the bands’ pop punk roots are noticeable, the album draws on very different styles for the most part. Pounding choruses and even a noisy drop out section towards the tracks end. It flows nicely into Care At All, another track that again showcases the return of catchy melodies over darker and edgier instrumentation. A piano can be heard chiming in at the sides, an example of the more diverse instrumentation of this record.

Feeling Low comes towards the middle of the album and comes in with a lower tempo and an even more adventurous sound. Quiet verses build to echoing, strange pre-choruses which in turn become big choruses. Feedback wails and guitars slam. It’s a track with plenty of bounce while supplying the album with more tempo variation. It certainly gets it’s point across. Onto the true halfway track, Give Up. Palm muted guitars building and building into another great chorus. This one is less focused on being heavy and more about being melodic. The track has a really optimistic energy which makes it stand out to me. A lot of songs I hear focus on a hardship rather than look back at it like this song does. A fresh perspective from a fresh sounding track. Something I could imagine sounding pretty damn good live.

Further towards the back end of this record we get Cut It Out. Fast and frantic, great and grungy. Feedback noises blast in the choruses, not obnoxiously but just as an added texture. The whole track has an energy and weight that really helps it pack a punch. This is followed by Difficult Conversations. It’s a track that sees the piano from earlier return further towards the front of the mix along with some great melodies and plenty of emotion. While it’s emotional it’s no sob fest, it’s a track you can still jump to. The band doesn’t let a breakup song get in the way of their energy. Feel This Way closes the album afterwards and has a tough act to follow. It chooses to go more acoustic and soft, a great way to close out an album that’s been so up and angsty throughout it’s length. It showcases the bands range just before they go. Closing an album like this is a great move with how it doesn’t have to top the energy of any other track and just focus on bringing the bittersweet feelings it wants to.

The band have succeeded in breaking away from their pop punk foundations and consolidating themselves as an artist with a diverse sound. They bring tracks that just make you want to see the band live with every lyric being so singalong-able. It’s an infectious record that you’re going to love to listen to over and over to just get some more of that energy. One you play this one you can’t stop.

The album is out on May 25th and should definitely be on your list!