UK upcoming hard-hitters Borders have just released a phenomenal 10-track album titled Purify and it goes hard. If you are expecting a moment to simmer down, then you’re in the wrong place – This is all kinds of brutal breakdowns, pacey riffs, and gut wrenching vocals with little time to breathe. 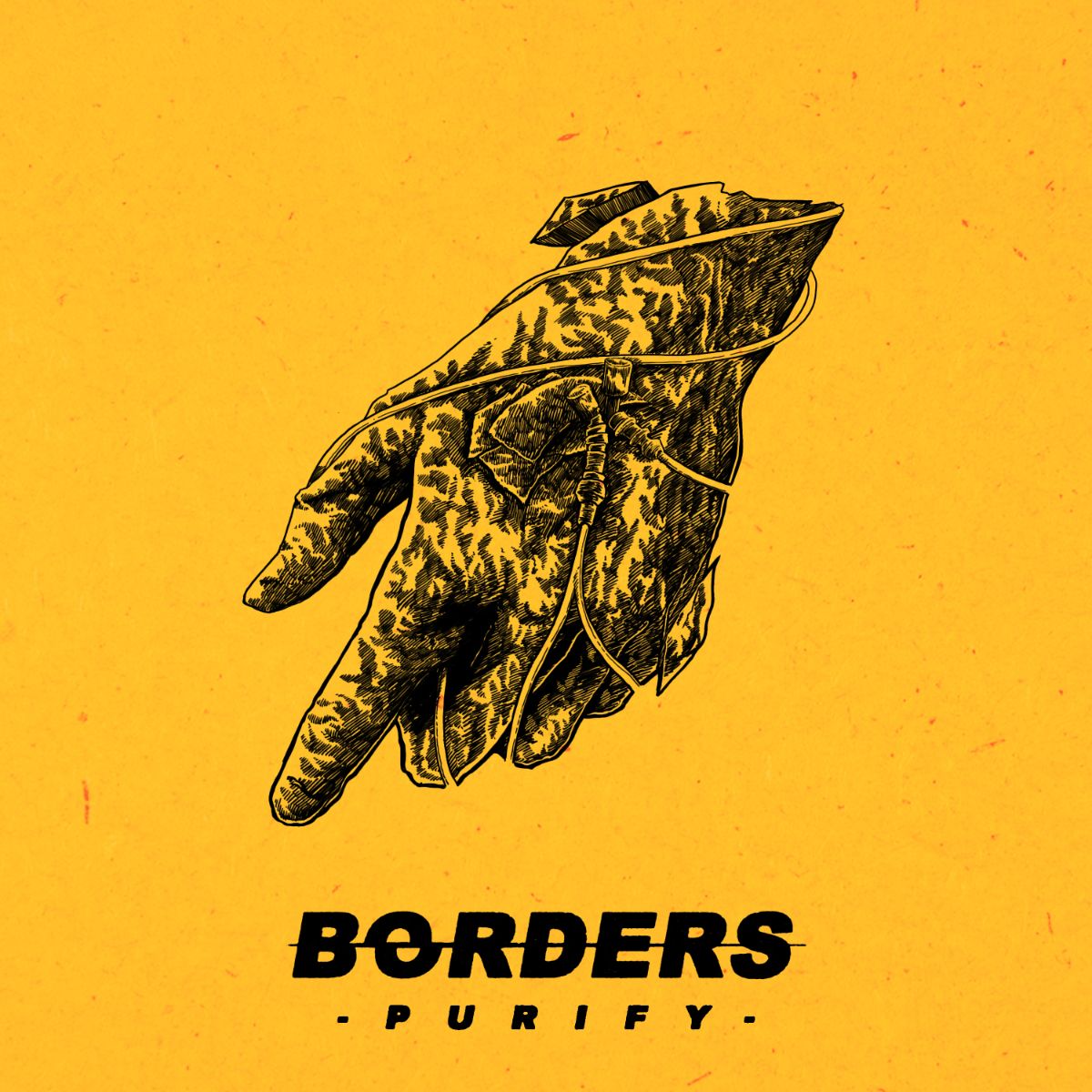 Opening track titled 731 is a cracker, in every literal way as you anticipate the surprise of an all-out banger from the ever-growing intro that leads up to heavy riffs, hardcore vocals and an English-attitude lyrical rap bridge. Vocalist opened up about his mothers health issues and being fixed with home remedies, opening his eyes to see how corrupt the system is in the song Wake Up saying “This is our healthcare, so who the hell cares? Profiting bodies open fire, A free for all when we expire” taking shots at the greed of corporations hiding the truth.

Musically the release has infectious inducing tech-metal structures built on a solid groove instrumentally, especially with the likes of War that has a dominant bass-driven verse lined with a grittier version of the lyrical speeches that the likes of Enter Shikari do making it catchy as hell lending a strong urge to head bang at home while currently looking like a fool in front of my fiancee as I’m deep within the music.

With the songs A World Apart (more in the chorus and bridge) and Walking Dead (more so in the beginning of the track) I can hear much resemblance to something expected from the titans in UK metal scene Architects which is a great compliment to these future metal heavyweights who could easily hold that title in due time.

As a first time listener to Borders, I have nothing but good things to say and high hopes for this band who could easily be a leading band for the next generation of tech-metal, with much variety defining each song as their own making the album a very presentable showcase for the UK scene.

Check out the official video for War below: