As I write this, Eurovision is several days away and each year it comes and I watch it to some extent. A night of music from across the continent where I usually at some point find myself impressed by one song or another, promising myself to check out more music from countries outside the UK/ US sphere. That’s not to say that this band sounds like a typical Eurovision act (just a tangent on how I need to explore the music of different countries), there’s no Europop to be found here. This is Norwegian Indie Rock outfit Beezewax and their seventh studio album, Peace Jazz. 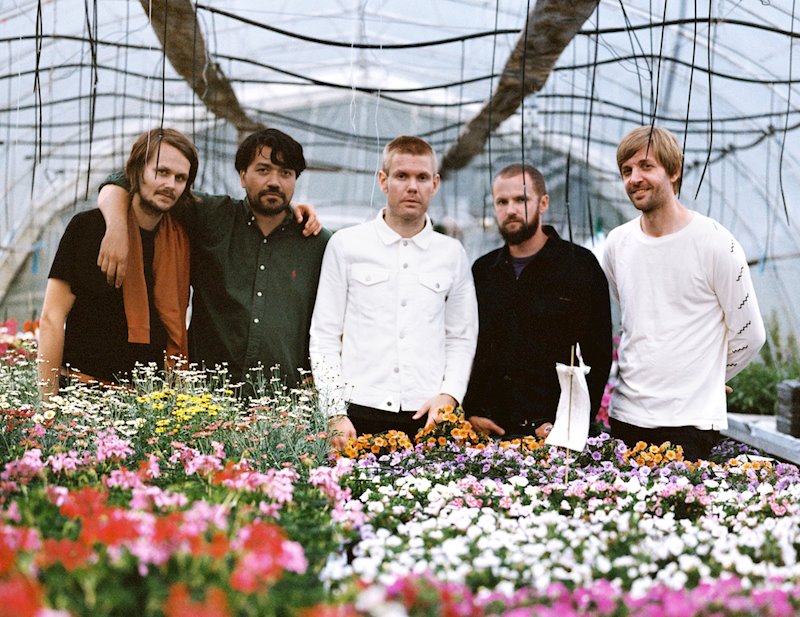 I had no prior knowledge of Beezewax and their career which began in 1995, for that I feel quite bad. Everything Happened opens the record, sun-kissed and jangling. It’s a great introduction to the sound of this record which is lush, dreamy and swirling. Rainbows follows with a raucous fuzz guitar line. A lot of comparisons to Phoenix and Dinosaur Jr. are thrown around this band and this track certainly earns the Dino Jr. comparison. Still it maintains the reverb laden sound of bands like Phoenix or even recent Kings of Leon material. Across both the tracks mentioned here the listener is treated to cooing vocals with uber catchy melodies scattered about the place.

Graffiti comes around the halfway mark on the record with its dreamy intro breaking into driving indie rock instrumentation. The verse melodies themselves are more infectious than some choruses, witchcraft may be involved. The chorus comes through even stronger, the guitars that pick up on the later half of the refrain help just push it over the edge before the wailing lead plays out into the next verse. The outro on the track is absolutely killer. The sort of thing that would polish off a festival set. Wailing, out there guitars firing out into an instrumental landscape.

Two Diamonds is the penultimate track with an almost folky instrumentation at times. Vocals almost reminiscent of My Bloody Valentine greet us in the verse with the song sounding close and tight. Soon enough the track opens out on the choruses with the melodies you’ve come to expect. It’s the shortest track on the album and it’s certainly immediate.

It’s followed by the albums longest track, the titular closing track. Jangling guitars play while a spaceship goes by with a rather worrying sound. The choruses bloom so pleasingly out of the verses, lifting the track up and out. Towards the songs halfway point a jammy, disorienting build begins before launching back into that chorus. The jam feel is found across the record and it’s a nice change in a time where meticulously planned music has become the norm. The band jams once again on the outro for several glorious minutes to see the album out.

For a start, Peace Jazz is a quintessential summer album. The hazy sounds and upbeat feel make it one of the first records you should reach for when the sun comes out. It’s also an album with a hint of nostalgia. It’s an album reflecting on previous summers but still with a hope that this one will be good too. If you’re in search of a great bit of indie rock to see you through the summer then give Peace Jazz a listen!