US dream-thrashers Astronoid release their self-titled second album at the start of this month! Our very own Will Pearce had a listen and gives his thoughts below. 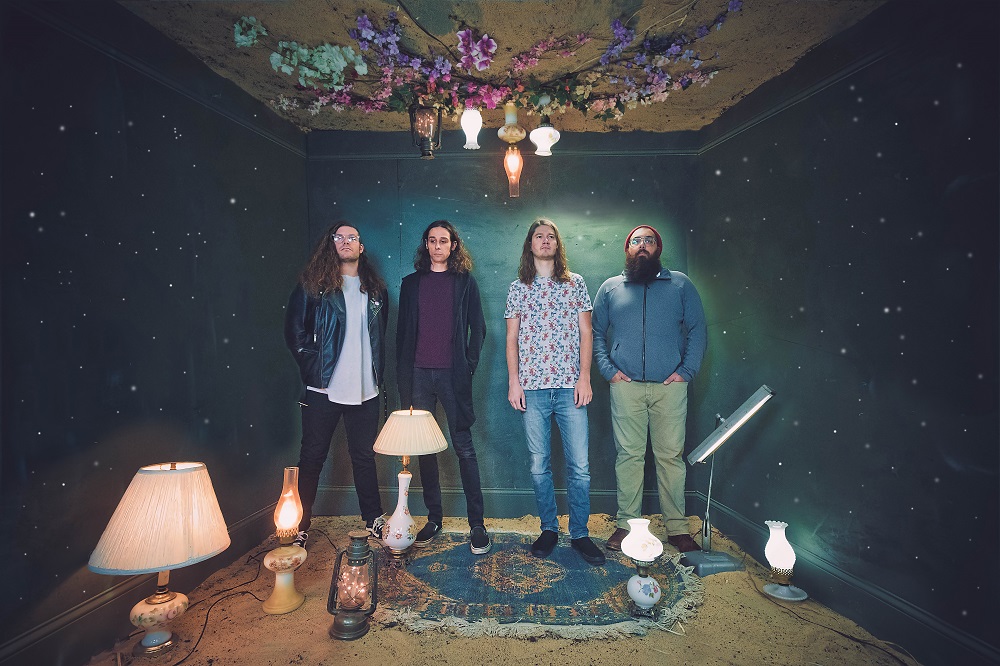 Boston Tech-metal band Astronoids have been hard at work touring the US with some very key bands in their category, adding some notable names to their resume while currently on tour with Between The Buried And Me and Tesseract.

A New Color kicks things off with a few notes repeating on the guitar before all other instruments join in a different time signature attempting to throw you off the beat. A nice vocal melody which seems to sound quieter than the instruments, on purpose maybe? Solo introduced at the 3 minute mark before closing the way it started out. A lot more interest as my ears fixate on I Dream In Lines, a nice drum pattern with great craftsmanship on the guitars which escalates when the drumming begins double-time. Lost brings a hard hitting instrumental track while providing a spacey vocal melody that soars through the track, until the bridge sees instruments dipping to a more airy feel.

Choppy guitar sees Fault into a fiery track of heavy levelled beats and non-stop guitar-picking over the root notes up until the guitar solo that overrides the fundamentals. Phasing in for Breathe we are still hearing the same spacey vocal range where it begins to have the same affect on your ears of each word over-extending and doubled up with a second layer of harmony. Being the shortest track on the album at 3.46 would seem like a full song, but this felt like an interlude with a lot of repetition. As I listen through Water I am then starting to realise the vocals seem to not show much originality from each track again with the use of effects to give it a softer angelic feel, and musically using an abundance of straight-chords and not much riffing or melody strings to ‘wow’ up the track.

I Wish I Was There When The Sun Set is off to a better start musically, and I’m still digging the use of double-time on drums but when you’re playing with 5-6 minute songs and all the parts start to match up as very samey, maybe it should be considered to add more spark and changes of keys, or melodies, or just cut some slack out of the song to make the average song time of 3-4 minutes. Opening with a more eerie touch of dark synth usage on Beyond The Scope that slowly creep out way up to the more uplifting chorus and becomes less dark when the light vocals touch the song making it sound like a very nice closing track rather than being the penultimate one. But hold up, Ideal World is probably one of my favourite tracks on the release, with a very intense beat, really nice guitar melodies, an odd timely breakdown it has given a nice round up to the album and felt this was the energy and pace that should be used in their future career.

This band definitely has talent, and might even be one of those bands that seeing live is more of the experience. I am looking forward to their tour plans for UK!