Armed For Apocalypse’s third album Ritual Violence is out now! 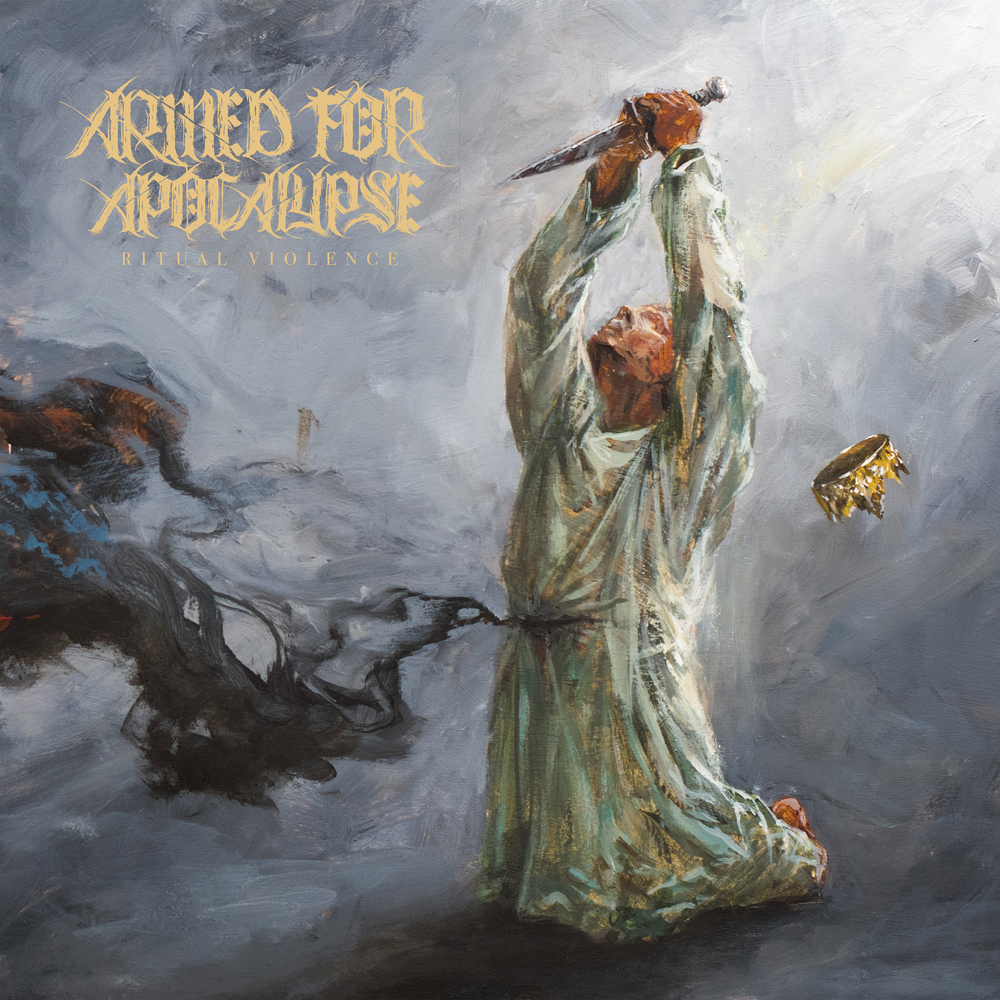 To say Armed for Apocalypse have graced our ears with their third studio album Ritual Violence would be a lie. Luckily for them, their goal was to write an album that was “punishingly heavy”. This was my first experience with sludge-metal, and it certainly meets the extreme heaviness that is expected of the subgenre.

Ritual Violence is angry, coming from a time in the band’s life where they felt hopeless. Armed for Apocalypse aim to write in their own way. With the amplifiers, the distortion, and the grudge, they aim to turn it up as high as it goes. That’s exactly what they’ve done, which I applaud them for. They even have connections to great bands such as Ghostride and Will Haven. That being said, I expected better things from Armed for Apocalpyse.

Not only was this my first-time hearing Armed for Apocalypse, it is also the first time I’ve been given something to review, and thoroughly resented the experience.

I like to start my reviews with things that I liked about an album. Under My Shame drew me in with the feedback sound at the beginning. Thieves of Existence seemed to really mix up the riffs by playing a rhythm rather than just chugging the strings. I’m afraid that’s where it ends.

I have said a few times in my reviews that albums contain some songs that I wouldn’t be able to tell apart from each other. This whole album is full of these songs. Every song seemed to follow the same pattern. So many songs started the same within the album, if it wasn’t just straight kicking into the song, it was a bit of quiet building up to a crash. There were six songs that relied on the drums building up to have an effect. At first, it was a relief, but then it got old. It feels thrown together like a band that’s new to writing, picking out song tropes that they like and mashing them up!

I have heard so many good things about Armed for Apocalypse, both as people and musicians. Although I’ve never met them to complement their characters, this album doesn’t show their ability as musicians and songwriters. It doesn’t make me want to listen to more of them.

The album is out now to stream and buy!