Animals As Leaders – The Madness of Many | Review

US Prog metallers Animals As Leaders are back with another album of musically mental instrumentals. The new record is called The Madness of Many and madness is surely one way to describe what’s going on throughout this record although it is the best kind of madness. 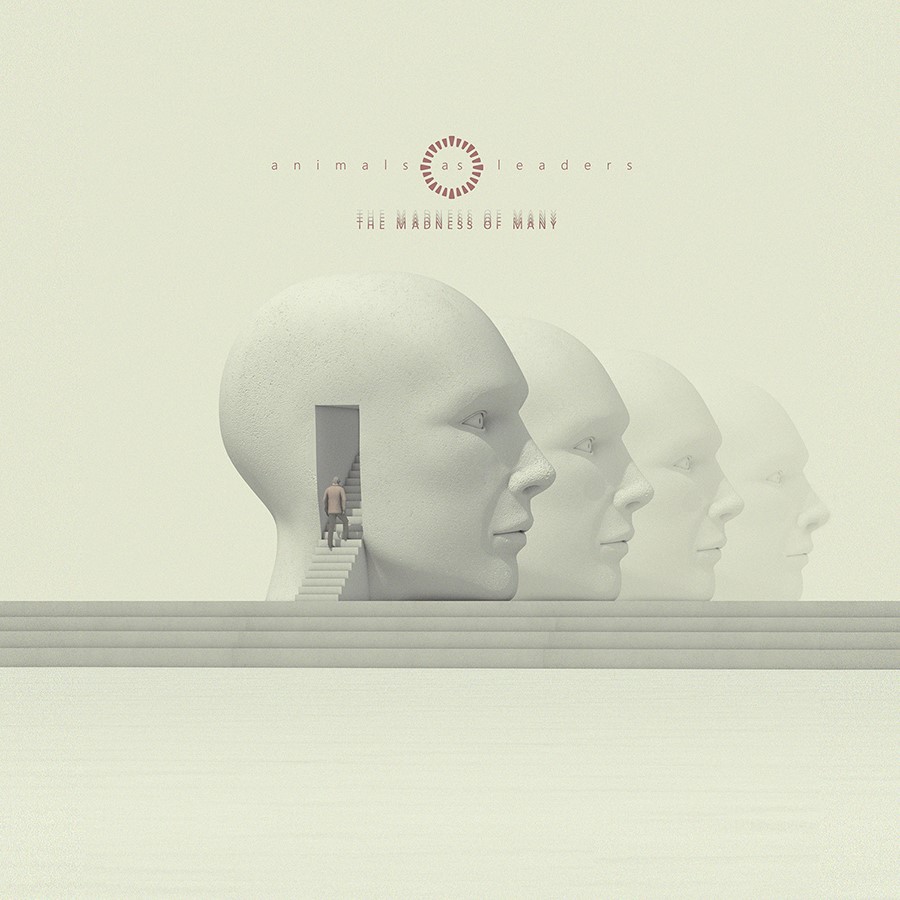 US Prog metallers Animals As Leaders are back with another album of musically mental instrumentals. The new record is called The Madness of Many and madness is surely one way to describe what’s going on throughout this record although it is the best kind of madness.

Some people may dismiss Animals As Leaders outright because of their lack of vocals but in reality there is no room for a vocalist in this band. The guitar parts are plentiful, complex and attention grabbing. There’s always something going on to pay attention to so put aside your scepticism. The album is extremely diverse in it’s textures with eerie synth sounds on opener, Arithmophobia, to the crushing djenting of backpfeifengesicht and even the classical sounding guitar on Apeirophobia. This record keeps you guessing throughout. It goes from open and upbeat to dark and driving repeatedly and without difficulty. The band never feel as though they are rehashing anything either, constantly moving in different directions and trying to carve out more space.

The guitar playing on the record deserves it’s own review but unfortunately there’s only so much space in this review for it. Straight away I would have to recommend this record to anyone who plays guitar, whether you play rock, metal, jazz or polka. Guitarists, Tosin Abasi and Javier Reyes cover a whole lot of ground on this record. The lead sections are as impressive as you might expect from guitarists of their calibre. The leads often ride the line between fast and epic in a way that can make any guitarist wish they’d spent a little more time on those scales. Frequently these lead parts will drift towards different genres, at times feeling almost Jazz-like in a very pleasing way. It’s not just all sweeping across scales, Abasi and Reyes know how to keep things interesting. The rhythm guitars on this album are complex and interesting in themselves, being frequently fast moving and winding in their own way. The band hasn’t been afraid to experiment with their rhythm parts either with some sections sounding like slapped guitar along with other unusual techniques. There are still some hearty breakdowns on this record but they’re more intricate and thought out than you’re typical metal breakdown.

With so much of my review dedicated to praising the guitarists in the band I think it’s only fair to also acknowledge the hard work that’s been put into the drums on this record. Drummer, Matt Garstka provides a solid base for the complex riffing of his bandmates. The drumming keeps good pace with everything else without trying to be too busy, something that is very appreciated on a record already so complicated. The drumming is incredible at times but only when it suits the song which is certainly a sign of a good drummer.

The records production is a marvel in itself. With so many guitar parts it must have been a challenge to find all the parts their own space in the track but it’s a challenge that was completed. Despite the amount of things going on in each track it never feels cluttered or like multiple parts are fighting each other. Everything locks together like a very ear pleasing jigsaw puzzle and stays there. The drums have all the punch and power they need but still sound great when adding subtler percussion to the quieter parts of the record. Synth parts are scattered across the record and are all tastefully done and all adding to the atmosphere created by each song.

The Madness of Many is an album that hits you immediately and keeps you entranced the entire time. From the first eerie synth sounds to the last note of the acoustic sounding closer, this record will certainly impress you with a mix of skill and musicality. Personal favourite tracks include Private Visions of the World with it’s upbeat guitar lines that fit together so well and the track Transcentience which sees light leads over top of crushing rhythm guitars. The record releases on the 11th of November and is certainly worth checking out!