Somewhere Between is the debut record from indie quartet Alvarez Kings. Their slick musical stylings has already conquered the stages of the Warped Tour and Europe alike but does their first release continue to conquer? Yes of course it does! The record opens up with Cold Conscience, a lush and jaunty track. It gives you […] 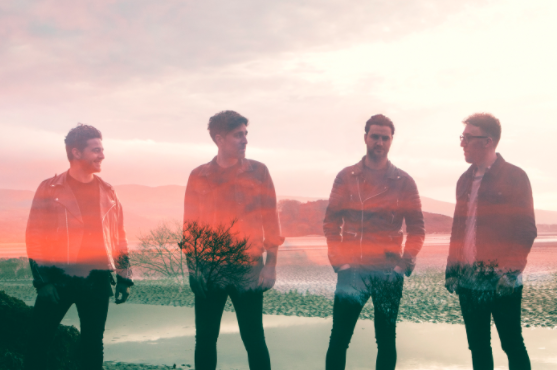 Somewhere Between is the debut record from indie quartet Alvarez Kings. Their slick musical stylings has already conquered the stages of the Warped Tour and Europe alike but does their first release continue to conquer? Yes of course it does!

The record opens up with Cold Conscience, a lush and jaunty track. It gives you a taste of what you’re in for over the next 11 tracks. Slick instrumentation and undeniable hooks coat the track and the entire album for that matter. Every track features vocal parts that you just wouldn’t find any other band writing. The tracks Otherside and Postcards which follow the opener are great examples with their yearning choruses. Tell Tale Heart comes next and really is one of my favourite tracks on the record. It has bounce, enthusiasm and a wonderful instrumental hook which all draw you into the track. It’s big and happy with a slightly summery feel, I’m definitely a fan. The instrumentation on this album is one of it’s best qualities. It’s unusual but not to the point of being distracting. It carries the song so well while being so different.

It might be different to your traditional rock sound but there are still elements of it in there such as the swaggering drum start to track 7, Sleepwalking pt. II. A track that bursts from simple verses into grand choruses with stabbing synths and wailing guitars. This track gives Tell Tale Heart a run for it’s money and really sets the band apart from others. It is so uniquely theirs and so incredibly good! Speaking of incredible, not long after Sleepwalking pt. II we get Tortured. This song got stuck in my head after the first listen and is still stuck in my head. It’ll probably still be stuck there for a long time yet. The cooing track that is No Resolve follows Tortured, setting a light tone throughout the whole song before we come to the final track. The title track, Somewhere Between, closes out the album with a slow build into a grandiose ending. It finishes the record with a musical applause that it certainly deserves. It’s ambience and tension make it another one of my favourite tracks from this release.

Once the records finished you’ll want to listen to it again, and again and probably still again. It’s a lush, addicting record which feels very well thought out. If you’re expecting a plain old rock record you’ve come to the wrong place, Somewhere Between breaks ground and establishes its own place in music. The slick sounds on this record drew me in with ease and it still remains interesting after many, many listens. If you like your rock blended with a healthy mix of indie and pop then you’ll love this record. If you like music in general you’ll probably like it too so go ahead and check out Alvarez Kings’ debut, Somewhere Between, now!