Album review: ‘Nothing Left To Love’ by Counterparts

Counterparts new record has finally landed; another serving of in your face, aggressive hardcore tunes. ‘Nothing Left To Love’ is there sixth outing, and sees the band harnessing unashamedly their signature sound, with only mild deviations. 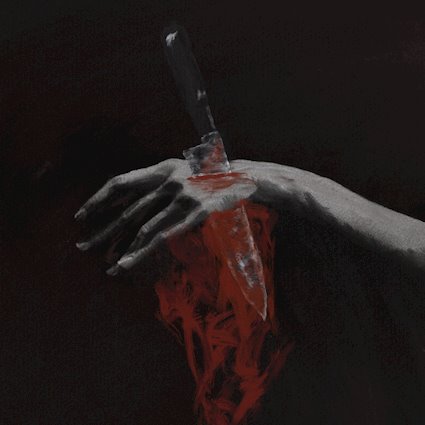 The introduction/half song/half title track of ‘Love‘, despite its identity crisis, serves its purpose surprisingly well. It’s an anthemic little opening to the record, and sends us crashing wonderfully into album highlight ‘Wings Of Nightmare‘. Beautifully intricate drumwork, harrowing lyrics and guttural vocals create a wonderful track that will please those who are looking for something angry and true to the genre.

The following track, ‘Paradise and Plague‘, is where the issues begin. Though a good track, it bears much similarity to its predecessor and is thus not very memorable. The same problem continues on tracks such as ‘Your Own Knife‘ and ‘Ocean Of Another‘. By the end of the record, the formula is a little tired.

That’s not to say there’s no positives. ‘Cherished‘ is heavy as hell and carries a punch that could’ve come from Rocky Balboa, while ‘Imprints’ changes the record up a little, a much more laid back and softer track. The closer and title track ‘Nothing Left To Love‘ acts as both song and outro, and is the band at their best, even though it sounds nothing like the nine songs before. And that says a lot.

Overall, the album has a 50% success rate. That’s not to say there’s any atrocities here, but there’s certainly some songs it doesn’t need, nor want. If Bring Me‘s ‘Suicide Season‘ and Hail The Sun spawned offspring, this is what it would be. However, kids rarely grow up to be what the parents wanted them to be, do they? Counterparts exemplifies that.