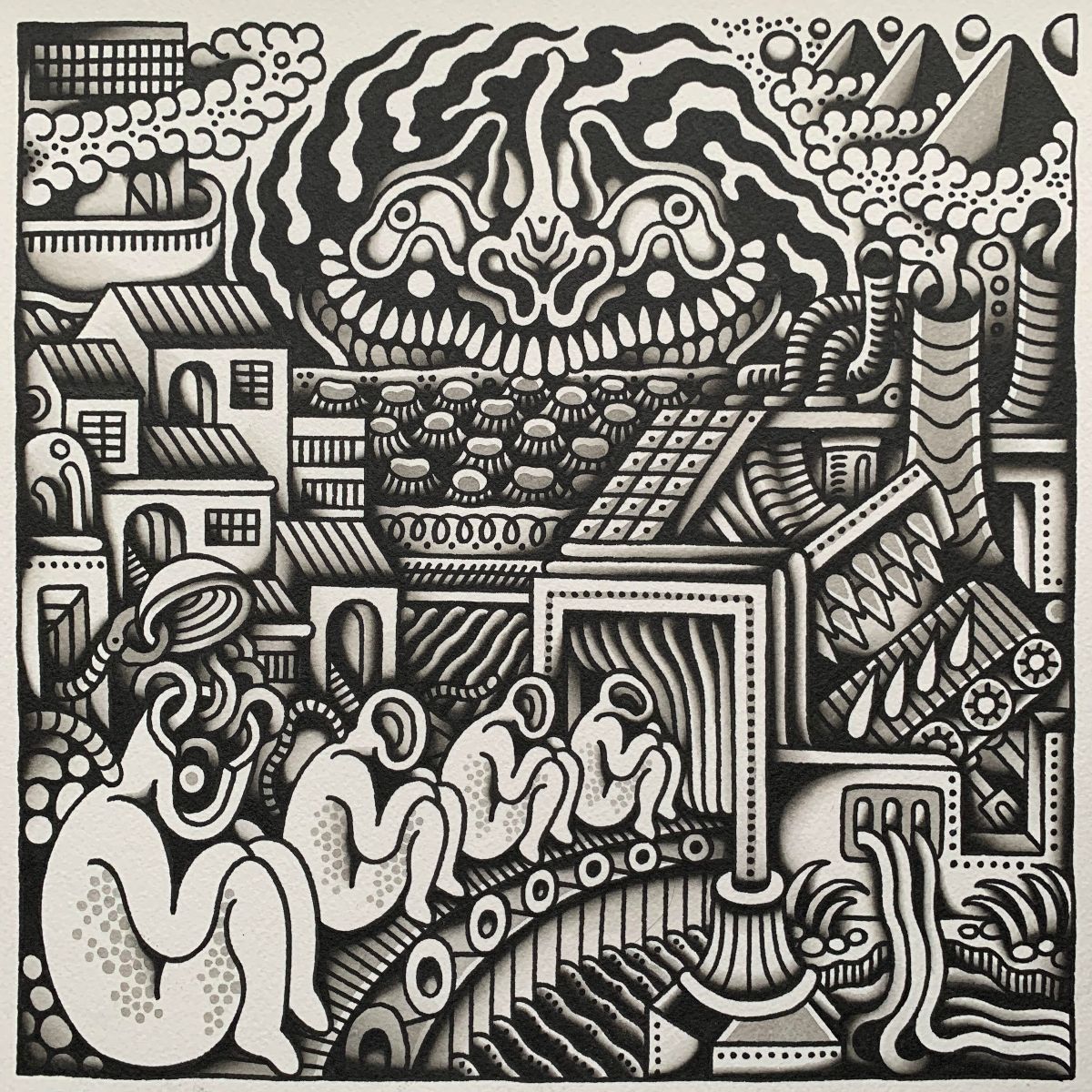 Opening with lead single Sweet Darkness, hitting between the eyes with its raucous display of riffs and drums, the tune, about accepting our role as an insignificant cluster of star dust and embracing it…interesting. Don’t Sleep is a highlight with the chorus smashing it as cranking riffs and Sears ascends over the atMOSHphere…see what I did there? This was a sound I didn’t know I needed and “Don’t Sleep” has what I didn’t realise I wanted.

Melancholy has a sound, and that sound is Shallows, it’s, in the mould for me of Radiohead’s Karma Police, the beats, the vocals can attach itself to the strings of ones heart, the record moves to Mechanical Heart different sound compared to Shallow, it’s as if Shallow is the bands ballad, if they decided to have a ballad. Steve Sears said about Mechanical Heart “It’s a song about feeling suffocated by the world, not being able to shut off from the technology we simultaneously rely on,”.

There’s a good dose of Pink Floyd in Trick of the Light with a speck of David Bowie as well by Sears. With tunes Strain and Human both about day to day struggles, as Sears emotion pours out in Strain. Gold Key have created a protest tune in Fly In to The Sun about saving the planet, they have managed to get feelings with distorted heavy riffs, emotive vocals and Jack Kenny letting his shit fly on those skins.  Panic Machine finishes with The Best of Luck a good dollop of bass, a gentle riff as Sears adds more feeling to the end of Panic Machine.

With a variety of tastes from Queens on the Stone Age, Radiohead, the grunge era, and a pinch of Pink Floyd allows the buds of taste to evoke a reaction, in that case Panic Machine has served its purpose.