We Chat to A Promise To Forget

Ahead of releasing their debut album Dying To Live on the 11th of August we had a chat with drummer John Fleetwood and vocalist Tim Castle from A Promise To Forget about recording the album, playing it live and dream collaborations. Your debut album Dying to Live hits shelves on August 11th. How are you […] 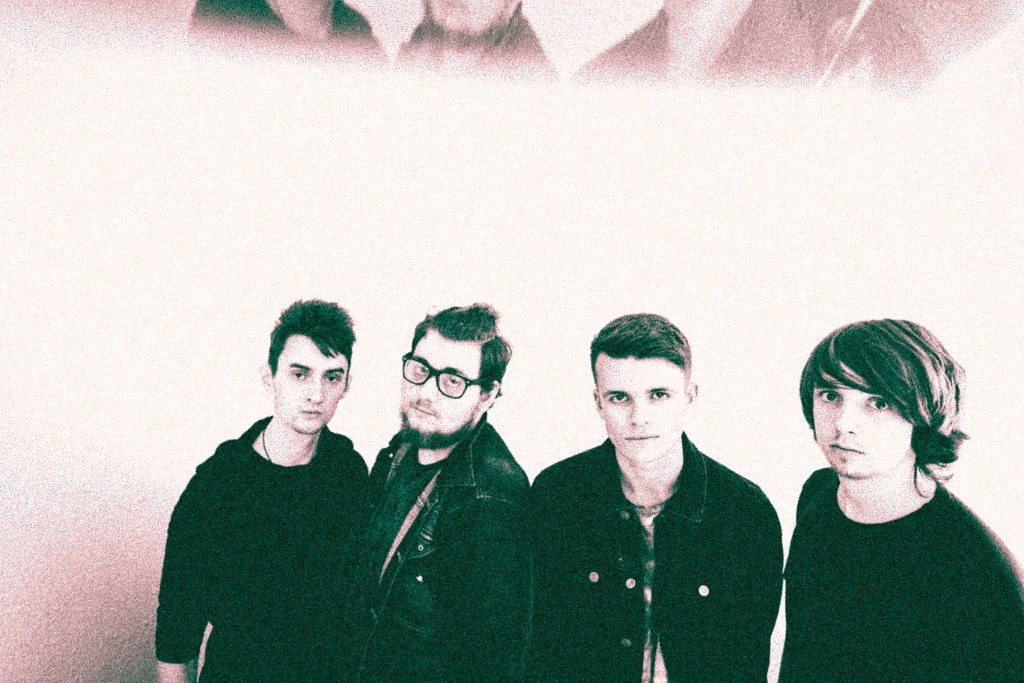 Ahead of releasing their debut album Dying To Live on the 11th of August we had a chat with drummer John Fleetwood and vocalist Tim Castle from A Promise To Forget about recording the album, playing it live and dream collaborations.

Your debut album Dying to Live hits shelves on August 11th. How are you guys feeling on the cusp of its release?

We’re absolutely ecstatic! We’ve been sitting on this album for years and we can’t wait for these songs to finally reach the light of day. We’ve been playing some of the tracks live for a year or two so it’ll be great for fans to be able to hear them produced the way we intended. We’re anxious to show these songs to new audiences but that’s all part of the fun.

How do you think the sound of the band has evolved on this album from your previous releases?

On our last release, we were pretty firmly a post-hardcore band that also loved pop-punk/easycore so we had that Four Year Strong mixed with While She Sleeps weird combo going on and some of the time our set felt a bit bipolar.  We realised that we weren’t really combining our influences and sounds coherently. We spent lot of time admiring different methods of song writing and thematics. We decided we wanted the album to have leitmotifs and repeated ideas, to make the whole thing more connected, as well as organically incorporating our contrasting sounds. Songs like Power showcase our heavier side, and songs like Veins follow our more anthem and ballad-side. This album is us from front to back.

People may already be familiar with the album’s lead single Sylvia. What can you tell us about that song and why it was chosen as the first single?

Sylvia used to be nothing like what it became. I cleared out my granddads house and found photos of my grandmother called Sylvia. I had no idea that she was so artistic, and people tell me all the time that I get my artistic abilities from her, that I look like her and act like her. It was originally a slow ballad about our relationship, and the fact that I’d gained so much from her even though we’d never met. Ideas were bounced back and forth and it became a larger sound, bought it up to a modern tempo and worked super hard on it. Me and Tim worked on the lyrics relentlessly until it became what we hear it as today. It is my tribute to her and I’m very proud of it. When it came to recording the album, it stood out immediately as the strongest track, and I think that it is no coincidence.

I understand you had to overcome several hardships whilst putting this album together. Is that something that has made you stronger and more equipped as a band?

Being a mix of personalities and organisational skills, we are always encountering some form of trouble or challenge. Even when the band was young, we always made sure that cancelling or giving up was not an option. We’ve only had to cancel shows once or twice and they were always reprimanded or made up for. When we were hit with the news that 60-70% of the album was permanently lost in the mixing process, we were all distraught. Luckily, as the drummer, 90% of my parts were intact, but I spent a lot of time with guitars on this album too. We knew that we couldn’t give up, and we pulled ourselves up again and re-did almost the whole album again. I’d like to think that this version of the album was the better version, as every tiny part was looked over. From first stepping into the studio to receiving the final master tracks was around 11 months in total. We wear this as a badge of effort.

You have an album release show at The Flapper in Birmingham on August 12th. What can people expect from that show and just how excited are you for it?

We are very passionate about our live shows. We’ve been rehearsing tirelessly over the last few weeks making sure that these knew tracks are just as polished as the tracks we’ve been playing for years. We’ve been demoing a new light show at the last few shows to make our shows from now on feel more immersive no matter where we play. We’ve got some of our favourite bands playing as well. Keep The Change played our first ever headline show over 2 years ago and we’re glad to have them back as they’re coming back. I, The Dreamer are our new friends on the scene and we’re glad to have them on the show. Heal and Light The Skies are some new kids on the block that we have a lot of faith in too, so we’re giving them this show to help kickstart them and get them some exposure.

Can fans elsewhere expect to see you on the road at some point in support of the new record?

We’re in talks for a few different tours at the moment. We will definitely be hitting up as much of the UK as we can this winter and we’re planning to hit Europe next year. We understand that we have a large fanbase Germany and Hungary, and we’re doing our best to make an appearance next year.

Birmingham is often hailed as the birthplace of heavy metal and so many legendary bands have come from there, is that a legacy you guys want to uphold?

Absolutely. Although we aren’t as “horns up” metal as most of the bands coming out of Birmingham at the moment, we all have a massive amount of respect for each other and play shows together a lot. We grew up around the members of bands like SHVPES and Oceans Ate Alaska. And in some cases, lived just next-door or were in the same classes with them. We live in a place where people hold onto metal so tightly that it’s hard to not get involves. The university we all go to has an ex-Metallica desk and one of us has bumped into Toni Iommi in a petrol station in Aston. It’s just everywhere so it’s hard not to take it in our stride, we’re all influenced by those kids of bands so their vibe creeps into our sound.

How was working with Timfy from Hacktivist on the album? It’s fair to say they’re doing quite well for themselves at the minute, was there anything you learned from working with him?

Timfy has a fantastic musical mind and we learned so much about song writing from him. One or two songs were deconstructed and reassembled to better understand the ideas and having those ideas developed. Being a multi-instrumentalist, he helps everyone across the board. There’s an essence of efficiency to how he works and he likes songs to sound. We cut whole sections out of songs because “they didn’t add anything” to the song, or distracted the vibe and flow. He also likes to be captures immediately by the songs main ideas so we worked hard on creating innovate introductions for songs so that they pulled people in.

If you could only pick one song from the album you feel best encapsulates A Promise To Forget which would it be?

It’s hard, they all match us so well! For me personally, I’d say Veins, the penultimate track of the album. The Final sections of that song are what I wished I could have written years ago. When I heard it coming together in the studio it made me so happy, and it’s such an anthem ending with such passion. Tim did a fantastic job on the vocals for this song, but in particular the outro section where I believe it is his best work to date. Although Ravens & Writing Desks is a close second, it’s the most ‘2006’ song I’ve ever written, and it’s probably our favourite song if we had to agree on one.

Tim, you’ve been very open about the album being about your own struggles with anxiety and depression. Is there anything you’d like to say to people who could be dealing with similar issues themselves right now?

Tim : “I would say: don’t let it take over and define you as a person – you are anxious or depressed at the moment but it isn’t truly who you are. With anxiety especially, telling yourself that the thing you fear is not going to happen to you doesn’t work because there is always going to be doubt; instead, try telling yourself that it might happen but you can deal with it if it does. And most of all stay positive, keep pushing yourself out of those comfort zones, and you will see that the world isn’t so scary after all.”

Let’s end with a couple of fun questions, which film would be greatly improved with a soundtrack by yours truly?

Between us we all have a love for superior movies and Studio Ghibli films. Something between the two like Akira or Ghost In The Shell would be a good shot. There’s a modern element to our sound that wouldn’t really fit with a lot of films we love, but there’s a lot of modern action / sci-fi films which would be awesome. Personally, I like to write riffs and the such as if I was writing for an action set-piece, and have actually wrote to scenes in the past. Songs like Power are definitely songs that belong in a fight scene.

Lastly if you could collaborate with any artist, alive or dead, who would it be?

Our band name comes from a Framing Hanley album/lyric and we’d love to do something with them as it is a band we grew up covering and listening to. They’re not really ‘dead’ but they’re out of action and we’ve love to work with them. They have such a dark element to the ‘rock’ sound they were doing that we aspire to. We’d be mad if we said we didn’t want to play with guys like Bowie, or Mercury or the like. But we all have this massive love for Framing Hanley that we can’t ignore.