When We Were Wolves at Cathouse, Glasgow

Rounding the night off were When We Were Wolves, who are loud and heavy…and unashamedly so. They are a complete contrast to the opening band Armstrong. Mitch’s voice was better in the dirty vocal than the clean but still had me entertained. They seem to be skating that thin ice between metal and post hardcore and I kind of like it. 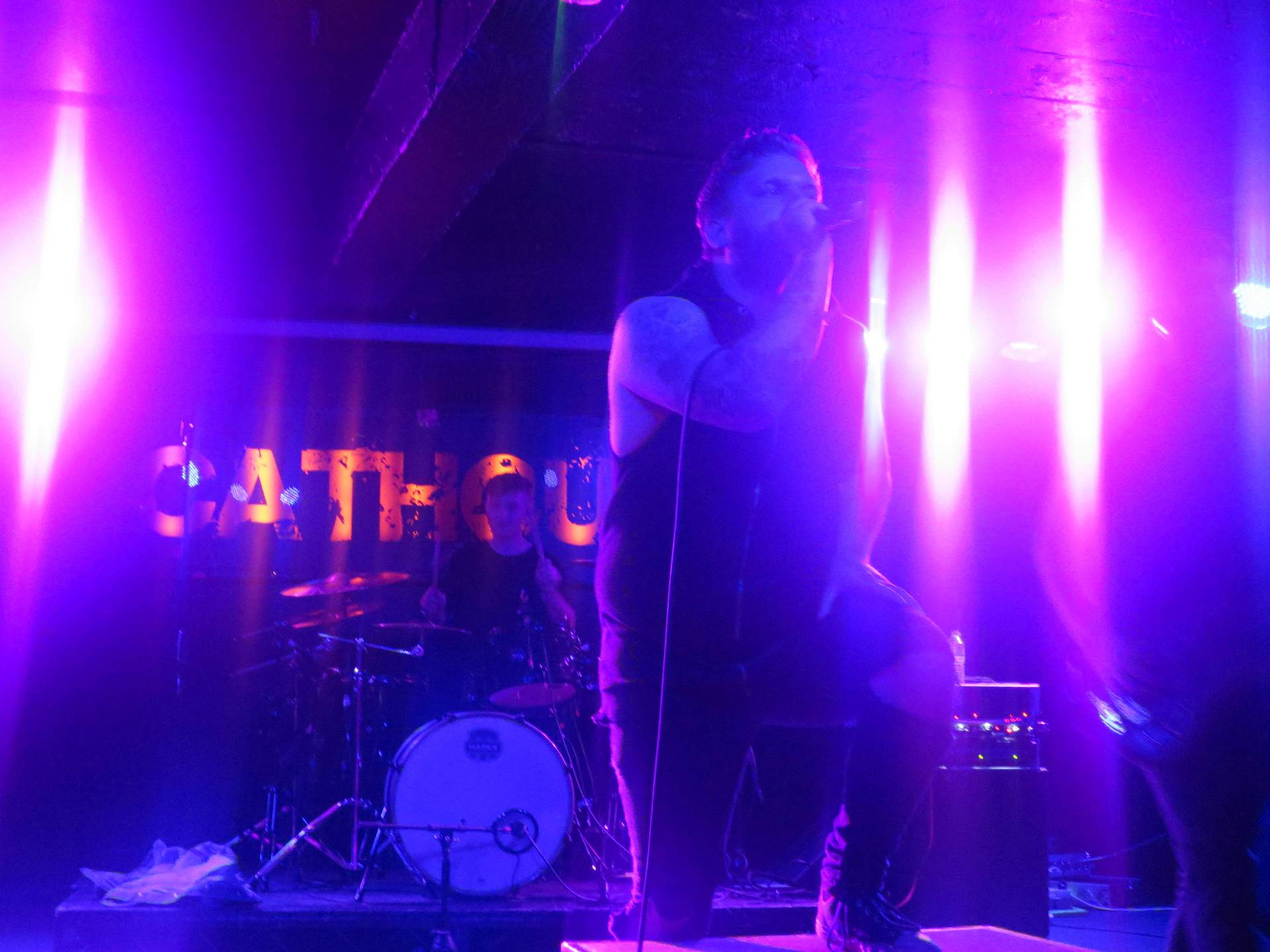 Starting the night off was Armstrong. They were an unusual fit on this bill and I found out afterwards that they filled in last minute to help out the local music scene (I have big respect for bands that do this). They are a female fronted alt-rock band, and were definitely the lightest band on the night. They had a very catch pop vibe. Singer Nicole had a good voice and I was really glad to hear that accent in her singing (too many Glasgow bands try to sound American). When they slowed it down for a song they really excelled. ‘Don’t’ from new EP A Just Cause is a little heavier and a good progression which helped win over the post hardcore fans (well most of them).
7/10

Up next were Cast Under The Lake who were playing their first live show. Their sound leans towards soft post hardcore and boy they have a great guitar sound. This at times was stripped back to a brash metal sound and gave them real grit. The drumming was heavy but did switch up speed when needed. Vocalist Andy did struggled at times to do the clean and dirty vocals but when he got it right he nailed it! This is a band I would like to see again once they have a few more gigs under their belt. Encouraging stuff.
6/10

Values came on and provided some sick hardcore. Their breakdowns were awesome tonight and they had the crowd all fired up. Singer Nathan can easily transition between the clean and dirty vocals making it seem like there were two vocalist on stage. They had a great heavy drum beat that just speaks to me. Add in some killer guitars riffs and you have a great band to lose your shit to.
8/10

Rounding the night off were When We Were Wolves, who are loud and heavy…and unashamedly so. They are a complete contrast to the opening band Armstrong. Mitch’s voice was better in the dirty vocal than the clean but still had me entertained.  They seem to be skating that thin ice between metal and post hardcore and I kind of like it. Their heavy drums had me thinking of Busta Rhymes (don’t question it!). They had some sick breakdowns that were punctuated with heavy metal guitars. They had great banter with the crowd and know how to judge an audience and bring the best out of them and themselves.
8/10