I once scrolled on Instagram through a Wage War fan discussion. They had found little to enjoy from their (very good, if I do say so myself) 2019 outing Pressure, stating “if I listen to Wage War, I want it to be heavy”. They’ll be happy with Manic, for the most part. 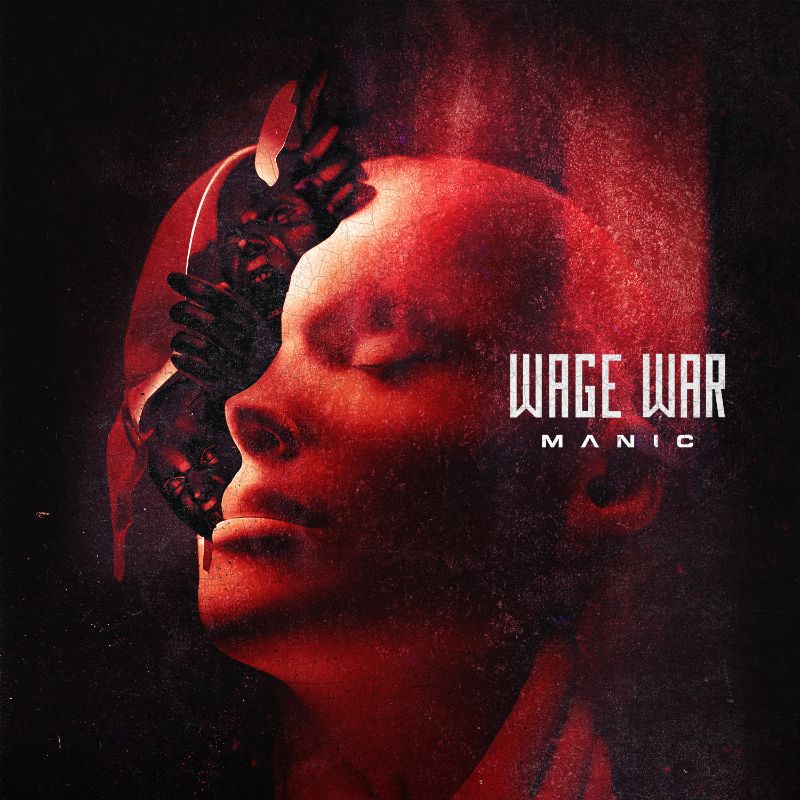 That’s not to say that there’s none of the (borderline) radio friendly elements that shone through on Pressure. The title track has emo-pop elements that work wonders, even if the song is a little repetitive (and overshadowed by the opener and lead single ‘High Horse’ – more on those later). ‘Never Said Goodbye’, a harrowing lament to loss, is brilliantly crafted – and it wouldn’t sound out of place on a Breaking Benjamin album. Second single ‘Circle The Drain’ is, comparatively, on the softer side (think ‘Prison’). Other than that, the album is pretty much rip-roaring insanity, front to back.

The record begins brilliantly, a churning riff, pounding drums and sirens, before deceptively mellowing with the verse vocal. Then there’s the aggressive pre-chorus and the huge take off when the chorus lifts. This is everything you want from Wage War. The quality continues into the frantic, hurting ‘Teeth’ and, besides the curveball given by the sore-thumb title track, right on to lead single and career high ‘High Horse’.

Wage War issue two of their heaviest tracks since their inception on this record. First up, ‘High Horse’ is a contender for the band’s best track: an absolutely mental offering that doesn’t let up for a second. The verses, screamed, are still insanely catchy, the drums are like gunfire and a frantic, strained riff runs under the stunning chorus. I cannot wait for this live. The same can be said for ‘Death Roll’. Shrieking guitars set the tone from the beginning while constant pace-changes make the song seem as if it is itself breaking down. The solo is glorious, the drums partying on their own somewhere in the background. What an achievement.

‘Godspeed’, ‘True Colors’ and ‘If Tomorrow Never Comes’ are standard, high quality Wage War tracks, the backbone of the record. The only song yet to stick with me is ‘Slow Burn’. That and the overly repetitive nature of the (otherwise pretty good) title track are really the only criticisms. Nobody is going to admit this record is better than Deadweight even though it probably is.